Lord Mayor Basil Zempilas has hinted he believes Yagan Square has design flaws, after the precinct suffered a wave of closures. 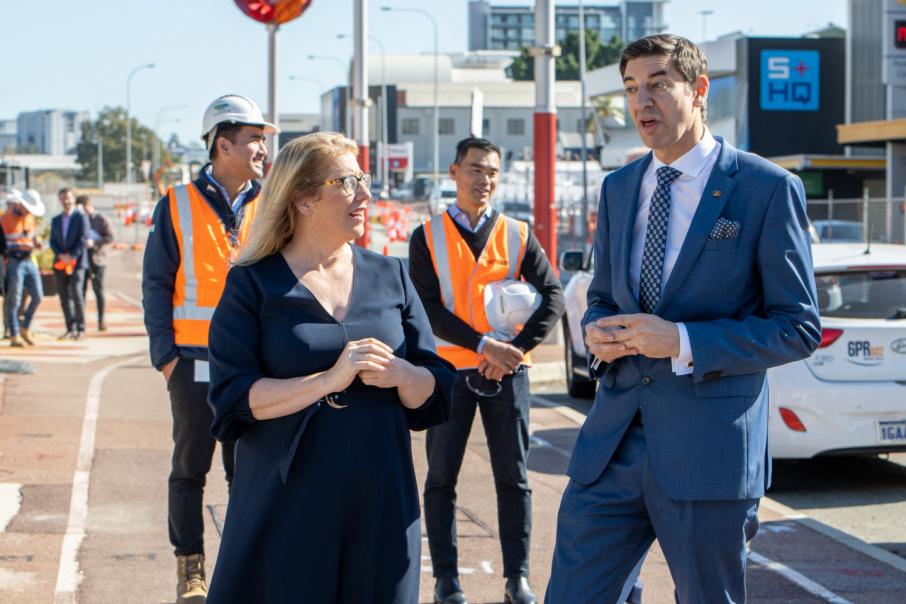 City of Perth Lord Mayor Basil Zempilas has hinted he believes Yagan Square has design flaws, after the precinct suffered a wave of closures.

Business News reported in April that at least 10 businesses had left the square since it opened in 2018.

The first closures pre-dated the COVID-19 pandemic, and business owners have since complained about shortfalls in foot traffic and frustrations around precinct marketing.

Concerns have included the accessibility of the market hall.

Speaking at the commencement of a redevelopment near the square at Roe Street today, Mr Zemiplas was asked about the design of the square’s market hall.

“But I know what my own eyes tell me and I, like many other people, have looked at the design of Yagan Square and thought ‘perhaps it should have been like this’ or ‘perhaps this should have gone there’,”

He said the square would come to fruition with the completion of other nearby projects.

“There is no doubt that the Roe Street redevelopment that we’re here for today and the (Edith Cowan University) development is going to unlock the potential of Yagan Square,” Mr Zempilas said.

“I understand that there have been issues in the past, but I firmly believe Yagan Square’s best days are still ahead of it.

“I think Western Australians will embrace Yagan Square in its totality once Roe Street, ECU and Yagan Square come together as a connected piece of infrastructure.”

Planning Minister Rita Saffioti said the ECU campus move would make it a major centre for the city and bring in students and teachers.

“There will be thousands of people moving in and out of that area and bringing a lot of people into the centre,” Ms Saffioti said.

“We understand some of the hardships being faced by some of the tenants in Yagan Square, and I understand that the Lands Minister is working on that.

“We all know that the city needs more people, and that’s why we’re looking at all demographics.

“Whether it be families, students - it’s about making it easier to live, work and move around in the city.”

Business News reported in April that DevelopmentWA was planning minor works at the precinct, including moving businesses to outward facing tenancies.

That included two awards at UDIA's national award night in 2019.

Rent relief was provided between April 2020 to September 2020, he has said, and DevelopmentWA has been working with tenants on marketing strategies.