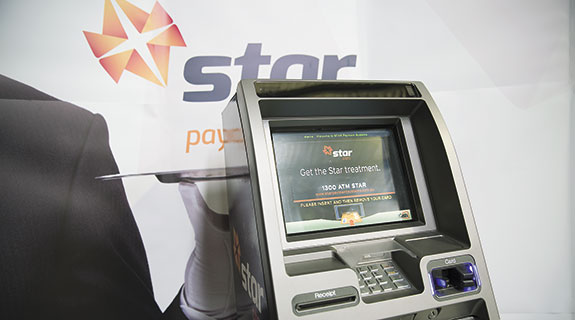 ATM entreprenuer Todd Zani is back in business after an eight-month hiatus, and he’s brought with him a new style of machine that could be a game-changer for the banking sector.

Sydney-based iCash is the only Australian distributor of Recycling ATMs, or RATMs, cash machines that instantly clear customers’ deposits into their accounts.

The machines differ from the old-generation deposit machines used by Australia’s major banks, where deposits were placed in an envelope, physically removed and entered into the system by a bank employee.

Mr Zani said the deposited cash went straight into the RATM’s existing canisters, to be used for the next customer’s withdrawal, reducing the need for Stargroup to deliver cash to top up the machines.

He said that function formed the core of Stargroup RATMs’ competitive edge. “You can tell a site owner they can actually bank their day’s takings in the machine,” Mr Zani said. “Shopping centres where there isn’t a retail bank … (the centre owner) could install one of these and provide that service to businesses in the centre.”

The big four banks are rolling out similar machines at their branches, however, Mr Zani said Stargroup’s RATMs had another advantage.

“The disruptive component for us is that at the moment you’re bank aligned – you have to go to your bank to make a deposit,” he said.

“This device will be multi-bank.

“You’ll be able to go to a Star RATM and deposit whoever you bank with, and it will instantly clear. That’s unique and that will be first to market ... it’s pretty exciting technology.”

Mr Zani said Stargroup would target shopping centres without banks and regional areas where banks had closed their branches to roll out the RATMs.

He hopes the new ATMs will mark a successful return to market following his bitter split from the ATM company Ezeatm he founded with his brother, Chad.

Todd Zani was involved in a series of legal disputes with Ezeatm, which last year changed its name to EZA Corporation, beginning in December 2013.

The disputes were ultimately settled, but on the condition that he not be involved in the industry until October 2014.

Stargroup’s Mr Zani said the merger with iCash was the best way to make a significant impact in the market once again.

A condition of the merger was the requirement for Stargroup to raise $3 million from investors through a share purchase plan, which he said was heavily oversubscribed.

“The level of support was overwhelming, it even surprised those that were on the roadshow with me,” Mr Zani said.

“There is clearly an ability for us, if need be, to go back to market.”