ZYL backs out of mine buy 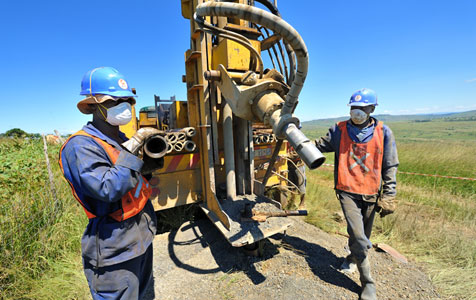 Exploration work at the Mbila project, in South Africa.

Coal miner ZYL’s stock plunged on the ASX today, after it told the market it would no longer proceed with the purchase of a mine in South Africa.

ZYL said a $5.6 million capital raising, which was to be used to fund the acquisition of the Mbila anthracite project, would also no longer take place.

The company will pay the project vendor, South Africa’s Prestige Glory, a total of $500,000 by September 25 under terms of a revised settlement agreement.

The news that ZYL is backing out of the purchase comes around seven weeks after the company settled legal disputes with Prestige Glory over the Mbila acquisition.

ZYL said it would continue to hold its 42.8 per cent interest in the Kangwane Central anthracite project, as well as 70 per cent of the Kangwane South project.

“The board of ZYL continues to explore the possibility of acquiring an additional interest in the Kangwane Central Project and will revert to shareholders once a suitable outcome has been achieved,” the company said in a statement.