Yassmin Abdel-Magied decided years ago to view her gender, ethnicity and faith as unique opportunities to enact positive change. 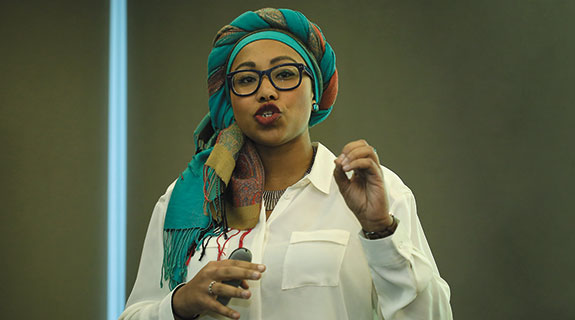 Yassmin Abdel-Magied certainly isn’t afraid to challenge racial and gender stereotypes, and she’s seemingly undaunted by social or professional situations many would consider well outside their comfort zone.

The 2015 Queensland Young Australian of the Year told a Committee for Economic Development of Australia event in Perth last month she felt compelled to tackle contentious issues head on, and had done so from a young age.

“I’ve been in places I don’t inherently belong, but it’s challenging and interesting and that’s where you’ve got a little bit of tension and where sparks happen and exciting things occur,” Ms Abdel-Magied said.

Ms Abdel-Magied, who co-founded charitable organisation Youth Without Borders when she was 16, said she was driven to empower others to work together for positive change.

“What Youth Without Borders evolved into is … we imagine a world where every young person has the access and the opportunity that allows them to realise their full potential,” she said.

“We can’t guarantee the outcome, but what I know from my experience, my life choices, those of my parents, and my faith, is that the world’s not fair and we’re not born equal; but what we can do is try and equalise it for everyone else because so many of us have opportunities because of the accident of birth.”

Ms Abdel-Magied moved to Western Australia 18 months ago and undertakes her work as president and chairperson of Youth Without Borders alongside a full-time role as a mechanical engineer on oil and gas rigs, where she is often one of only four women in a crew of 150.

However, a different career path beckoned straight out of university – one that was more aligned with her obsession with Formula 1 and a childhood dream to be the first female, black, Muslim F1 driver.

While at university in Queensland, Ms Abdel-Magied ran the uni’s race team and worked to design and develop racing cars; upon graduation, she was offered a chance to study for a masters degree in motorsport at a UK university. As great as that opportunity was, she said her drive to be useful to society and the desire to challenge gender and racial bias, however unconscious, was greater.

“The way I think about bias is that everyone’s got it,” Ms Abdel-Magied said.

“We all are brought up in particular ways of seeing the world and it’s about being cognisant of the fact that we have these biases and making sure that, while your bias can inform the way you approach situations, it shouldn’t mean that you think you know the answer.

“It’s extremely important that we call things out when we see it because often that’s where it’s subconscious, people don’t do it on purpose.”

In terms of gender discrimination, Ms Abdel-Magied said it was important to recognise it and act immediately to rectify the situation.

“It’s not like we’re specifically tuning out women’s tones, but we’re so used to the male voice being the voice of authority because historically that’s what it’s always been,” she said.

“It’s not a blame game, it’s saying ‘ok let’s recognise that this is happening’.”

Ms Abdel-Magied said perhaps the most important way to fight unconscious bias was to mentor someone of a different cultural or ethnic group.

The Sudan-born Ms Abdel-Magied said while none of her past role models had shared her culturally or racial heritage, she was grateful to her bosses who had supported her, despite any temptation they might have faced to help someone with whom they had more of a cultural connection with.

“If you’re around people that always bring you down you’ll believe what they say but having people around you that inspire you is incredibly powerful,” she said.

“Never underestimate the impact you can have on a person’s life.” 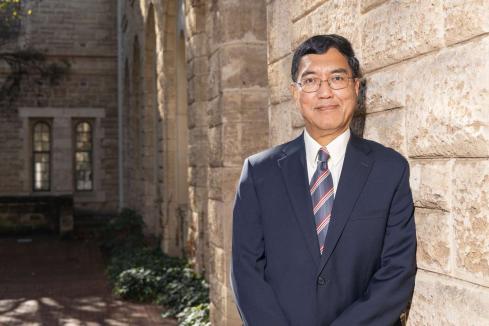