Adelaide-based York Civil has been awarded a $32.1 million contract to build the new Charles Street bus bridge and busway for the state government. 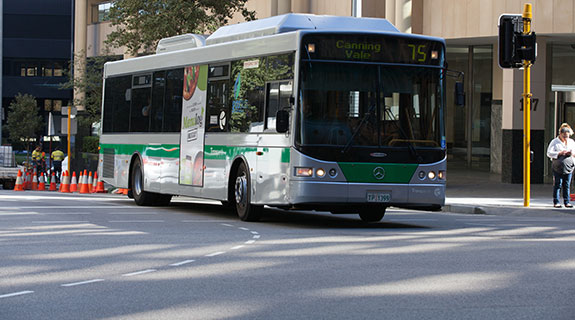 The new infrastructure is expected to remove more than 1,000 buses a day from James and Fitzgerald streets in Northbridge, easing traffic congestion.

Adelaide-based York Civil has been awarded a $32.1 million contract to build the new Charles Street bus bridge and busway for the state government.

With work to begin in April, York will design and construct the 110-metre bridge and busway, which will be built from the current James Street bridge over the Graham Farmer Freeway to Charles Street.

Bus lanes will also be built along Charles Street to Violet Street.

The project, which was announced in October last year, is expected to create between 50 and 60 new jobs, with work to be finished by early next year.

“This is a great congestion buster for our city, with benefits for bus users and motorists,” he said.

“Northern suburbs passengers commuting to the CBD could have their journey times reduced by up to six minutes during peak times.

“About 16,000 passengers a day will travel over the bridge and busway.”

As part of the project, the James Street exit from Mitchell Freeway will be relocated to Roe Street to ease the burden on the intersection of James Street and Fitzgerald Street.

The Cleaver and Newcastle streets intersection will also be modified to allow buses access to Cleaver Street.