South Australia-based York Civil, which is finalising construction of the Matagarup Bridge and recently won a $30 million contract at Port Hedland, has been placed into voluntary administration. 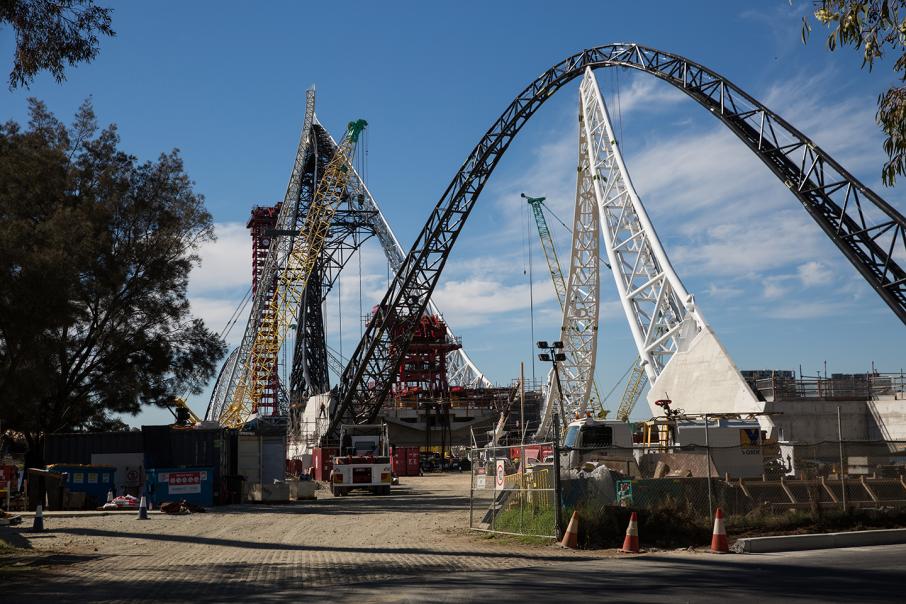 York is part of a joint venture with Italian company Rizzani De Echer that was chosen to build the $94 million pedestrian bridge. Photo: Attila Csaszar

South Australia-based York Civil, which is finalising construction of the Matagarup Bridge and recently won a $30 million contract at Port Hedland, has been placed into voluntary administration.

Ferrier Hodgson’s Martin Lewis has been appointed as administrator to the business, which secured a $30 million contract in May with the Pilbara Ports Authority for upgrades at Port Hedland.

A joint venture between York Civil and Italian company Rizzani De Echer was chosen to build the $94 million pedestrian bridge in 2016, which was officially opened last month.

In March 2016, it was awarded a $32.1 million contract to build the new Charles Street bus bridge by the state government, which was completed in July last year.

Transport Minister Rita Saffioti said the government was seeking advice to determine the extent of potential exposure for projects in Western Australia.

“Once we have this advice we will be better placed to access any potential implications for the state,” she said.

“Fortunately, the Matagarup Bridge project is very close to handover.

“The joint venture arrangement with Rizzani means that company will be responsible for completing the works and take on York Civil’s obligations if required.

“Because the alliance arrangement involves Main Roads as well as the joint venture partners, there is protection for sub-contractors involved in the Matagarup project.

“Main Roads has advised me it will ensure all sub-contractors are paid for valid works delivered in the past or the future.

“Staff from Main Roads will be contacting sub-contractors today to explain the situation.

“Meanwhile, we are seeking further information about other projects that may be affected.”

The Pilbara Ports Authority declined to comment on its contract with York, which was due to commence the Berth 3 deck replacement project in September.

Ferrier Hodgson has organised a creditors meeting for August 16, and indicated work on existing projects will continue.