Norwegian company Yara International has moved to full ownership of the giant ammonia plant built by Pankaj Oswal in the Pilbara, paying a price that reflects the expected impact of higher gas prices in future. 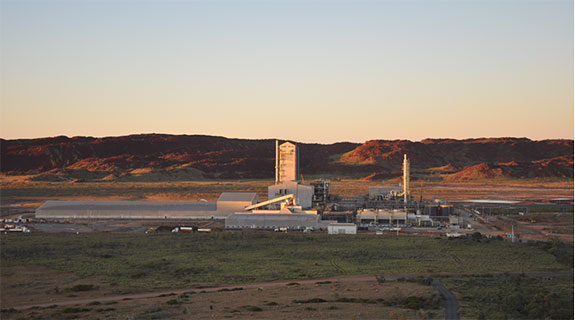 The TAN plant on the Burrup Peninsula.

Norwegian company Yara International has moved to full ownership of the giant ammonia plant built by Pankaj Oswal in the Pilbara, paying a price that reflects the expected impact of higher gas prices in future.

Yara has paid $US391 million ($A543 million) to buy out 49 per cent shareholder Apache Corporation, which was the original gas supplier to the ammonia plant.

Apache acquired its stake in 2012, two years after Mr Oswal’s business interests were put in receivership.

It paid $US439 million at the time, implying it will take a loss on the sale.

In its announcement today, Yara said the Yara Pilbara ammonia plant has a production capacity of 850,000 tonnes and delivered an underlying profit (EBITDA) of $US218 million in 2014.

It added that the natural gas contract for the ammonia plant contains a price step-up effective mid-2016, implying the plant will be less profitable in future.

Today’s transaction is expected to result in Yara moving to majority ownership of the $900 million technical ammonium nitrate (TAN) plant currently under construction on land adjoining the ammonia plant.

However, the ownership structure of the two plants, and the likely future outcome, requires some careful explaining.

The ammonia plant is owned through Yara Pilbara Holdings, which in turn holds a direct 20.4 per cent shareholding in Yara Pilbara Nitrates – the entity building the TAN plant.

The ownership of YPN is held through various direct and indirect entities, but in substantive terms, was split between Yara (45 per cent), listed company Orica (45 per cent) and Apache (10 per cent).

A spokesman for Yara said today’s transaction implies the Norwegian company will acquire Apache’s 10 per cent stake in YPN, but this is subject to discussions with Orica.

Today’s transaction means that Yara has paid a total of $US775 million over 10 years to acquire full ownership of the ammonia plant, which was known as Burrup Fertilisers when it was originally developed by Mr Oswal.

The company’s president Svein Tore Holsether said the Pilbara ammonia plant was the largest and most modern in its portfolio.

“The Pilbara assets are already operated by Yara, and therefore require limited efforts to fully integrate,” he said.

“The investment will also yield synergies within governance and tax structure.”

The Apache sale is the final step in the US company’s exit from Australia.

In the past year it has sold its interest in the Wheatstone LNG plant and associated gas fields to Woodside Petroleum, while its other Western Australian oil and gas assets have been sold to private equity backed Quadrant Energy.