Global miner Xstrata has boosted its interest in West Perth-based Pioneer Nickel and has agreed to provide over $1 million to the company to explore the Acra project in Western Australia.

Global miner Xstrata has boosted its interest in West Perth-based Pioneer Nickel and has agreed to provide over $1 million to the company to explore the Acra project in Western Australia.

Xstrata Nickel Australasia Pty Ltd, a subsidiary of Xstrata, has increased its stake from 17.26 per cent to 19.8 per cent by subscribing for Pioneer shares worth $170,000.

Xstrata will also provide $1.2 million over two years towards Acra, which was a joint venture project previously held between Pioneer and Jubilee Mines before the latter was acquired by Xstrata.

Pioneer Nickel Limited (ASX: PIO) today announced that it is finalising an agreement with its largest shareholder, Xstrata Nickel Australasia Pty Ltd ("Xstrata"), to maintain focus on the Acra JV Project following the return of important exploration results earlier this year. Under the agreement Xstrata will provide $1.2 million to Pioneer to explore the Acra Project on behalf of the JV over a two year period.

Xstrata has also subscribed to a placement in Pioneer and increased its shareholding position to 19.8%.

"Xstrata will continue to fully fund the project; however Pioneer will dedicate our Exploration Manager to the project for two years to expedite exploration activities." he said.

Key Points for the Joint Venture restructure include:

- Xstrata will fully fund the Acra JV Project for two years, providing $1.2 million to Pioneer during this period, and thereby completing its earn-in obligations. Pioneer will continue to be free-carried until the completion of a feasibility study;

- Pioneer will assign its Exploration Manager, based in Kalgoorlie, who will manage the work behalf of the JV;

- On completion, Xstrata will have earned an 80% interest in the Project (up from 75%); and - Xstrata has subscribed to a placement of 3.4 million shares in Pioneer at $0.05 per share (a 20% premium to the current market price), raising $170,000. Xstrata now holds approximately 19.8% of Pioneer's issued capital and remains Pioneer's largest shareholder.

In its announcement of 27 June 2008 for the Acra JV Project, Pioneer noted that drill hole JBDD014 intersected a 0.1m lens of massive sulphides at 553.72m grading 2.58% Ni at an intact basal contact, shown schematically in Figure 1a. A further 7.55m of stratigraphically higher (but due to folding, deeper) disseminated sulphides averaging 0.42% Ni was also intersected from 561m.

Pioneer noted that this was the first time that nickel mineralisation has been intersected at an intact basal contact at the Acra JV Project, which is considered by Xstrata to be a "breakthrough." 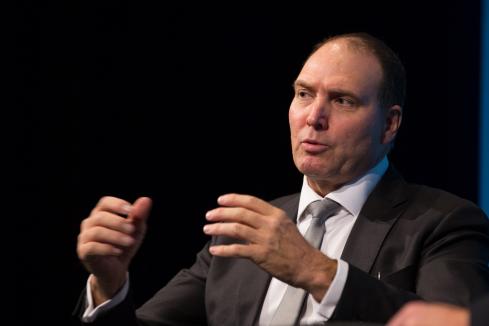