ANALYSIS: Malcolm Turnbull was simply bowing to political reality when fending off questions about Western Australia’s miserable share of GST revenue during his whirlwind visit to Perth on Monday. 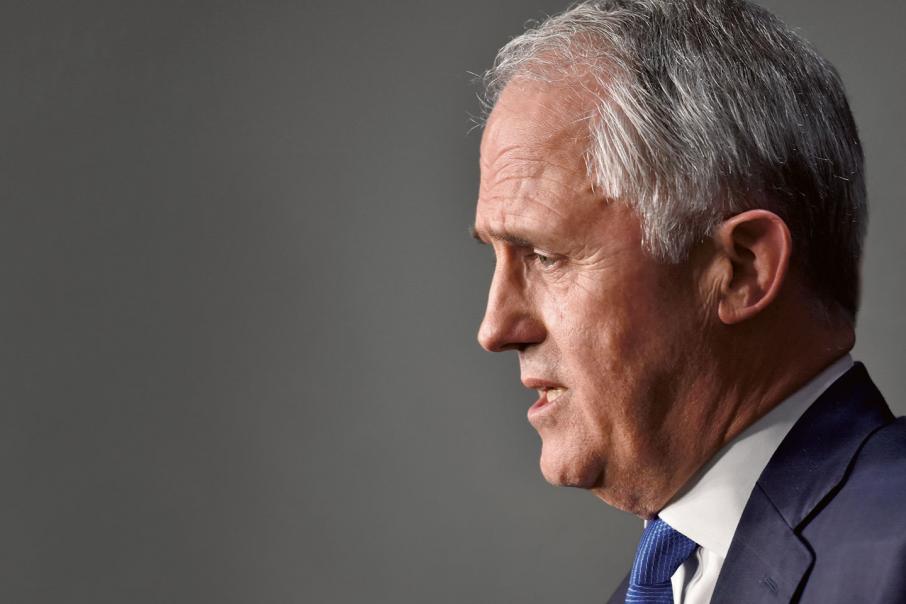 Malcolm Turnbull offered no good news on the GST during this week’s trip to WA.

ANALYSIS: Malcolm Turnbull was simply bowing to political reality when fending off questions about Western Australia’s miserable share of GST revenue during his whirlwind visit to Perth on Monday.

Beyond dispute – except for the most entrenched of views – is the fact that WA’s payment this year, which is just 0.303 (30.3 per cent) of the total if based on a population basis, is a disgrace.

In a more volatile culture, it would lead to calls to abandon the federation; fortunately that hasn't happened.

Mr Turnbull raised expectations when he spoke at the Liberal Party state conference last year, and Premier Colin Barnett talked up the prospect of an improved deal.

But a senior government adviser took me aside several weeks ago.

“Turnbull’s undertaking was based on when WA’s share rises to 0.7,” he said.” And that won’t happen for some years.”

And that’s exactly what the prime minister said during his visit.

One downside for the PM, however, was that he predicted this would happen in 2019-20. In fact the date is a movable feast, based on variables such as population growth, which has slowed in the west, and revenue from royalties. That has picked up in recent months, driven by higher iron ore prices.

The net impact of these and other changes on the intricate formula devised by the Commonwealth Grants Commission, which holds the key to each state’s allocation, is that WA’s predicted share for 2019-20 has dropped from 0.7, when Mr Turnbull spoke at the Liberal conference, to 0.6 – it is going in the wrong direction.

So what are the options? Mr Turnbull could be courageous and unilaterally lift the WA share to 0.7, but that’s a zero sum game – WA wins, other states lose – and that would be political suicide.

So where’s WA’s equivalent of South Australia’s Senator Nick Xenophon? He is responsible for billions of dollars worth of Commonwealth contracts going to his home state. If South Australian were being hit on the GST as WA is, he’d fix that too.

Labor’s Mark McGowan knows that if he is premier after the election, the GST problem falls in his lap. No amount of point scoring will fix the problem.

It is time WA’s leaders and MPs closed ranks and launched a united front for a restructuring of the grants commission formula.

From a purely economic perspective, if the nation’s most productive state wins, then everybody wins.