The possible applications for self-renewing biological technologies are only limited by our imagination. 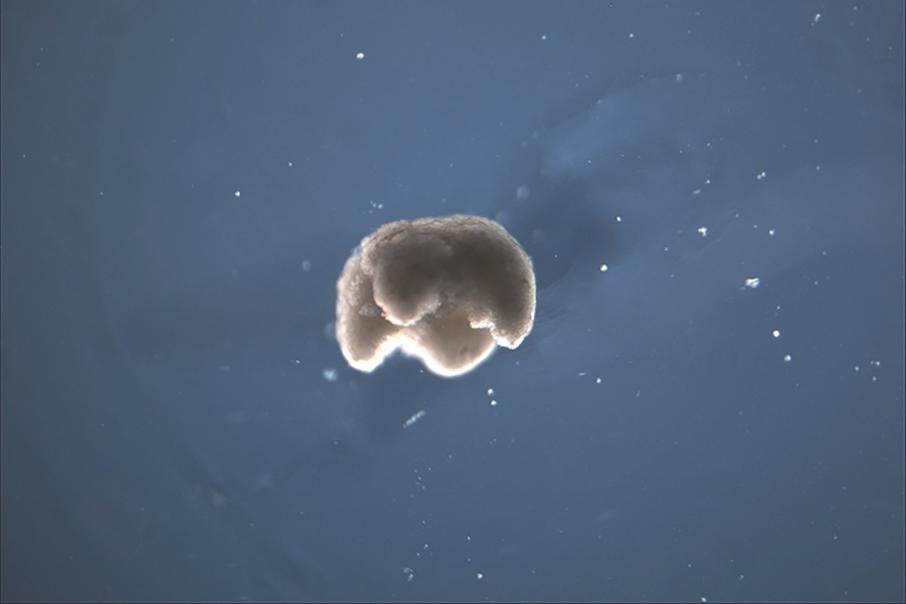 Xenobots could be used to deliver drugs throughout the body, scrape plaque from artery walls, or even clean up environmental waste. Image: Douglas Blackiston, Tufts University

Paving the way for a new classification of ‘life’, xenobots are flesh-like blobs that range in size from a grain of salt to a small poppy seed.

They are alive, they are programmable, and their DNA is not genetically modified.

Xenobots have the science world captivated.

News of the creation of these novel organisms-cum-robots was released in January 2020, in a research paper called ‘A scalable pipeline for designing reconfigurable organisms’ from the National Academy of Sciences in the US.

The paper argues that self-renewing biological technologies may be better suited to serving living systems (such as the human body or the environment) than other technology built from things such as concrete, plastic or artificial chemicals.

“Most modern technologies are constructed from synthetic rather than living materials because the former have proved easier to design, manufacture, and maintain; living systems exhibit robustness of structure and function and thus tend to resist adopting the new behaviors imposed on them. However, if living systems could be continuously and rapidly designed ab initio [from the beginning] and deployed to serve novel functions, their innate ability to resist entropy might enable them to far surpass the useful lifetimes of our strongest yet static technologies.”

The category-first tech has confused the science community as to whether to call it biology, zoology, robotics or anything in between. Xenobots get their name from the animal (embryo) whose skin and heart muscle cells they are harvested from (the African Clawed Frog, Xenopus Laevis).

They were designed using a supercomputer through a virtual simulation of natural evolution and then brought to life by biologists, based on the optimal algorithms. The cells were physically cut apart and redesigned into new shapes, with no change to the DNA.

The xenobots, as the computer predicted, started to work together coherently, exploring, organising and performing programmed tasks. These stem cells, taken from frog embryos, are designed for specific functions and use their built-in smarts to behave in truly fascinating ways.

The heart muscle cells contract and release, which allows a bot to move around in numerous ways, depending on its design and the placement of those cells. Some walk, others swim using beating cilia, some push items around and others clean up a petri dish with their snowplough-like appendages.

They could theoretically be used to scrape plaque from someone’s arteries or clean up radioactive waste.

When they encounter debris or loose cells, they compile them into neat little balls or piles.

This has led to the suggestion xenobots could be used to clean up plastics in the ocean.

Or, most interestingly, one with holes in it or with a bagel body could pick up objects and carry them around. Many are looking at this as a potential distribution device for delivering drugs to targeted areas around the human body.

Xenobots sometimes couple up and shuffle around together. They can work together in groups, and it is these collective acts that make them so remarkable.

Xenobots that perform well at a particular task are bred with other high achievers in that category and a new, more evolved generation is ‘born’. There is a constant back and forth between the computer designs and the biology being tested and put to work.

Powered by fat and proteins naturally occurring in their tissue, xenobots can live for about a week and are fully biodegradable. Researchers say that, given the right type and volume of nutrients to feed off, xenobots will be able to survive for much longer, potentially several weeks.

Ethicists are chiming in, saying it is important for them to be involved in the creation and development of such a robot – a living, programmable and biodegradable one.

One of the lead researchers and authors of the National Academy of Sciences report says they regularly consult with ethicists at Harvard University’s Wyss Institute and that research using frogs, or their embryos, already falls under ethical oversight.

These magical blobs of around a few thousand living stem cells each are biological machines with huge potential in countless areas, particularly in the advancement of human health and longevity. As scientists continue to uncover the mysteries of cellular communication and behaviours, it will be interesting to watch what these robot-organisms do next.