The state government has used today’s mid-year review to tout falling debt levels and a higher surplus, disguising what are otherwise middling projections for GSP and wage growth. 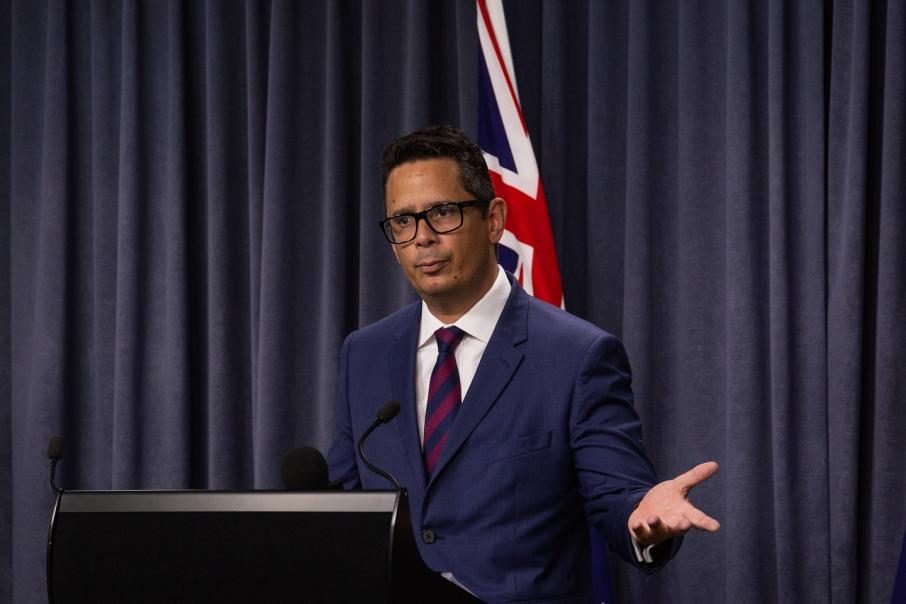 The state government has used today’s mid-year review to tout falling debt levels and a higher surplus, disguising what are otherwise middling projections for GSP and wage growth.

Presented by Treasurer Ben Wyatt, the review highlighted a reduction in forecasted debt to $36.2 billion for the current financial year.

Mr Wyatt emphasised the need to pay down debt, saying those surpluses were an important first step.

“In contrast to the Barnett-Harvey Government, this Government has made the difficult decisions to repair the finances, a point consistently acknowledged by the ratings agencies, the media and industry groups, but the Opposition is still in denial about," said Mr Wyatt.

In achieving lower debt projections, Mr Wyatt highlighted the state government’s average growth of 2.2 per cent in expenditure, as well as lower interest repayments, which were estimated to have saved the government $800 million in spending in the past three years.

However, he also conceded that a decline in GST revenue and a fall in iron ore prices were likely to weigh on the state’s economic outlook, with GST grants and top-up payments revised down by $632 million.

Mr Wyatt said these projections were not incorporated into today’s review due to the timing of the federal government’s own mid-year economic and fiscal outlook, released at the beginning of this week.

He also conceded that higher iron ore prices and the bringing forward of federal infrastructure spending were part of the reason for higher revenue figures, while also saying those projections had been partially offset by lower tax revenues.

Despite this, the treasury has forecasted GSP to grow by 3 per cent this financial year on the back of higher business investment and stronger iron ore and LNG exports.

While a dramatic increase on the 1 per cent figure recorded in the previous financial year, that figure is half a percentage point lower than previously projected.

In addition, projections for wage growth have also been reduced, with higher underemployment and unemployment contributing to lower figures than previously forecasted.

“Good financial management has allowed this government to make targeted investments to support the economy, create jobs and deliver better services, such as payroll tax and stamp duty relief, the social housing and homelessness packages, and more,” he said.

In response, Shadow Treasurer Dean Nalder conceded that though the numbers in today’s review were good, the price of iron ore and GST revenue were the sole reasons for a higher than expected surplus.

“We’re seeing the key parameters of the economy downgraded in this update,” he said.

“The domestic economy continues to be the major concern for the state government and we believe they haven’t’ done well.”

“A windfall of unexpected funding and raids on Royalties for Regions are the real reasons the Treasurer has delivered a surplus,” she said.

“For all the chest beating and high fives within Dumas House, the truth is this financial result was achieved by ripping off the regions.

“This government has shifted $1.6 billion from Royalties for Regions to leave money in the kitty and to pay for pet Perth projects like the $5.2 billion Metronet plan, which again blew out this week by almost $250 million under the Minister for Transport’s watch without a metre of track being laid.

“At the same time as it has callously siphoned funding from regional WA, the metro-centric McGowan Government has ramped up electricity, water and other cost-of-living charges for businesses and families already battling to survive.

“Our communities are feeling the pain and won’t forget the Treasurer is touching up the State’s books at their expense.”

Industry response has so far been positive, with Chamber of Commerce and Industry WA chief executive Chris Rodwell praising Mr Wyatt and Premier Mark McGowan for what he called disciplined financial management.

"The government has listened to CCIWA and the business community by reducing net debt, reducing the payroll tax burden and reintroducing Perth’s status as a region for migration purposes," said Mr Rodwell.

"The government could further boost jobs and the economy by accelerating the work of Streamline WA to remove regulatory barriers, reforming retail shopping restrictions and enabling the Roe 8 project to be independently assessed by Infrastructure WA."