OPINION: Ben Wyatt has dealt with a range of challenges during his relatively short political career, but next month’s budget will be his most significant. 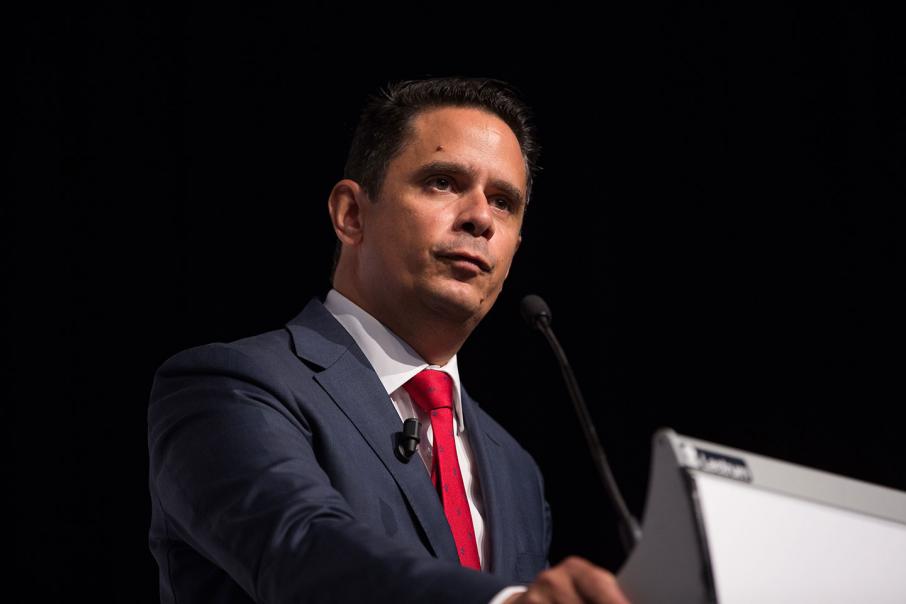 Ben Wyatt hinted at what the budget may hold when he announced increases in household fees and charges in June. Photo: Attila Csaszar

Ben Wyatt faces the biggest test of his 11-year political career when he delivers the McGowan government’s first budget on September 7. The pressure will be enormous.

Given Western Australia’s two-speed economy, the treasurer must hit the right note. While the resources sector has generally done well (the Ravensthorpe nickel operation notwithstanding), the retail sector continues to struggle due to a lack of consumer confidence.

There are some good signs, with unemployment trending in the right direction – down from almost 7 per cent late last year to 5.4 per cent in July, compared with the national average of 5.6 per cent.

The annual growth rate in jobs is a useful 2.3 per cent; nothing must be done to choke that off, so the temptation to increase payroll tax must be resisted.

Mr Wyatt gave an indication of what to expect in June by announcing tough increases in household fees and charges, including a 10.9 per cent rise in the fixed charge component of electricity bills and a 6 per cent hike in water, sewerage and drainage charges.

With the Department of Treasury’s pre-election statement pointing to a $3.02 billion budget deficit for 2016-17, state debt of $41.1 billion by 2020 and no early return to budget surplus, there’s plenty of scope for budget repair.

And despite sympathetic noises on the GST farce from the federal government and opposition, any significant move by Canberra on that issue is wishful thinking.

Political advancement is often a combination of right time, right place. And although that was a factor in Mr Wyatt’s own party endorsement, political pedigree was also an issue; and it wasn’t all plain sailing.

His opportunity came with the shock resignation in January 2006 of (then) Labor premier Geoff Gallop after just five years in the top job.

Labor views Dr Gallop’s seat of Victoria Park as one of the jewels in the crown, and it had previously been held by another former Labor leader, Ron Davies.

A law graduate, Mr Wyatt had worked in the Office of the Director of Public Prosecutions. Among his colleagues (for a time) was Christian Porter, who later became a Liberal treasurer and attorney-general, before heading to Canberra, where he is now minister for social services.

Mr Wyatt developed his economic credentials at the London School of Economics. He is also a graduate of the Royal Military College, Duntroon.

On paper, he was the ideal candidate to replace Dr Gallop, but he first had to survive the hurly-burly of Labor factional politics. Fortunately he had party heavyweights such as former national secretary and later federal minister, Gary Gray, on his side.

There was also the issue of his father, Cedric, a former head of the WA Department of Aboriginal Affairs. The popular Mr Wyatt senior had not only sought Labor endorsement for the Senate at one stage, but had also been a Liberal Party candidate for the seat of Kalgoorlie at the 1996 federal election.

This complicated the endorsement push, but Mr Wyatt (the younger) got the nod.

Once elected, the challenge was to learn the ropes as quickly as possible, which he did, leading to rapid promotion. In 2008, Labor leader Eric Ripper gave him the shadow treasurer’s job.

He blotted his copybook three years later, however, by publicly challenging Mr Ripper’s leadership on the grounds that the party was simply marking time in opposition. However, when push came to shove, the support wasn’t there and Mr Wyatt beat a hasty retreat.

It was an embarrassing lesson in the dark arts of internal party politics. Such events can make or break the participant, so when current premier, Mark McGowan, challenged for the leadership – and got it – in 2012, an older and wiser Mr Wyatt kept his head down.

Now he will be the focus of attention when he rises in the Legislative Assembly to unveil the budget.

The ball is in Mr Wyatt’s court. He must come up with a politically acceptable plan to achieve a surplus down the track without killing off the green shoots some economists say they have seen in the state’s economy.

If he passes that test, the state will benefit and his standing will be enhanced.