Government departments and disability business enterprises have signed contracts worth $12 million in the two years since Workpower was charged with improving relations between the sectors. 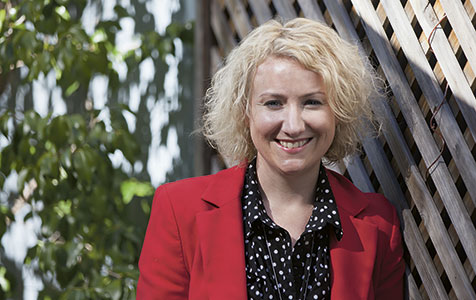 Government departments and disability business enterprises have signed contracts worth $12 million in the two years since Workpower was charged with improving relations between the sectors.

Workpower is a Perth-based not-for-profit organisation that provides employment pathways to people living with a disability or a mental health issue.

It is one of just seven Australian disability enterprises (ADEs) in Western Australia.

In 2009, the state government changed its procurement policy to enable its departments to purchase products and services from an ADE without needing to go to tender.

On behalf of the WA ADEs, Workpower applied for a social innovation grant from the Department for Communities in late 2011, and was awarded $310,000 to employ a project manager to act as a conduit between the government departments and the ADEs.

Workpower offers its clients the relevant support to find and maintain work in the open market, but also gives people the option to work in one of its own businesses.

CEO Lee Broomhall said the organisation ran several businesses in a range of industries, including horticulture, land development and hospitality, in order to provide employment opportunities to its clientele.

“We still need to run the business as a commercial entity in its own right and we put a big focus on that in our organisation because the more sustainable the business is, the more meaningful it is for people,” Ms Broomhall told Business News.

Ms Broomhall said more effective communication between government departments and ADEs had further developed Workpower’s understanding of which industries it should consider entering, such as with its upcoming cleaning business.

“The reason that we chose that particular business is because through the ADE procurement project we ascertained that there are a huge number of government departments that are willing to purchase from an ADE in the area of cleaning,” she said.

Ms Broomhall said it was the combination of industry opportunity, demand for ADE services, and the interests of clients that dictated new business opportunities, as well as existing businesses to be expanded.

Workpower runs a Workplace Learning program in about 30 schools each year to gauge which careers are popular among people living with a disability or mental health issue who are due to enter the workforce.

The organisation has been running a packaging business since its inception in 1992, and while the repetitious tasks involved in the business are suited to people with certain disabilities, Ms Broomhall said there was demand for more modern career paths.

Currently, Workpower operates from 13 sites across the Perth metropolitan area and Mandurah; however the organisation is in the process of examining the validity of each of these sites and is considering relocation options.

“The most important thing is to be in the community and to have a geographical spread that allows for access,” Ms Broomhall said.