This year’s Homelessness Week brought together business, government and not-for-profits to figure out how to meet Australia’s affordable and social housing needs. 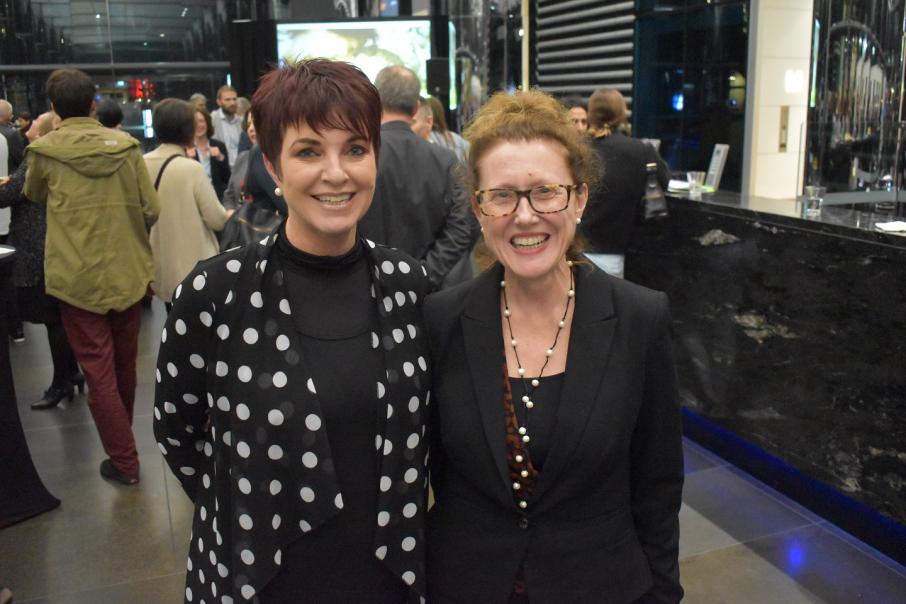 Alison Robertson (left) with Michelle MacKenzie, who says more needs to be done to incentivise the development of social and affordable housing. Photo: Gabriel Oliveira

This year’s Homelessness Week brought together business, government and not-for-profits to figure out how to meet Australia’s affordable and social housing needs.

Homelessness Week returned for its 12th year this past week, with not for profits and charities across Australia hosting a series of panels, breakfasts and activities to bring attention to a growing national crisis.

Centred on the theme of ‘Home Safe Home’, events this year focused on the emotional, physical and financial safety that comes with having a home, and drawing attention to increasingly unmet housing needs across Australia.

Speaking at Shelter WA’s launch event on Monday, Brookfield Properties state manager Alison Robertson told Business News that, as the largest private office landlord in Perth’s CBD, businesses like hers had a role to play in working with not-for-profit groups and local government to reduce the number of homeless people in the community.

“We’ve got to look at ways the city can prepare for what we now see is a growing problem,” Ms Robertson said.

“We’re having conversations with not-for-profit groups, particularly the WA Alliance of Homelessness Shelter, Shelter WA and Anglicare WA, to see what it is that’s needed.

Shelter WA chief executive Michelle MacKenzie said although individual factors played a part in the homelessness cycle, structural factors such as a lack of investment in social and affordable housing were part of a larger societal problem that needed to be addressed.

“People might have mental health conditions or drug problems, but even if they do address those conditions they can’t meet their needs because there aren’t enough houses.”

“This isn’t people being slack with their lives or bad with their money, it’s that there aren’t enough houses,” Ms MacKenzie said.

Financial duress was an underrated aspect of homelessness, she added.

While there was a prevailing assumption that homeless people are rough sleepers with mental health and drug problems, Ms MacKenzie said that was just the tip of the iceberg, with 46 per cent of people who seek housing services doing so for financial reasons.

Often, these people ended up living with friends and relatives, and were homeless because they were without a fixed address.

“If you can’t rent in the private rental market, you’re out of luck, really,” Ms MacKenzie said.

Ms MacKenzie flagged the 10-year strategy from The WA Alliance to End Homelessness as a possible solution to the current undersupply of housing.

With the coordinated efforts of peak housing bodies such as Shelter WA and the Property Council of Australia, the strategy establishes nine targets to be achieved by 2028, including halving WA’s rate of homelessness and ensuring the rate of Aboriginal homelessness is no higher than the average.

Although the strategy provides a path to drastically reducing the homeless population, Ms MacKenzie said it was imperative that businesses were incentivised to provide land and property for the purpose of social and affordable housing.

“We need to look at some of the town planning and tax incentives needed to encourage people to build the homes that we need,” she said.

“There are a whole range of things we can work on to improve the supply of housing, including mixed-tenure developments or encouraging local governments to do density bonuses.

“If businesses were doing that with us, we’d find out what area of interest or expertise they had and put that to work.

“We need to have measures and targets and we need to shift community attention.”