The state’s unemployment rate may be nearing the full employment level, the state’s business lobby has warned, amid concerns about a worker shortage. 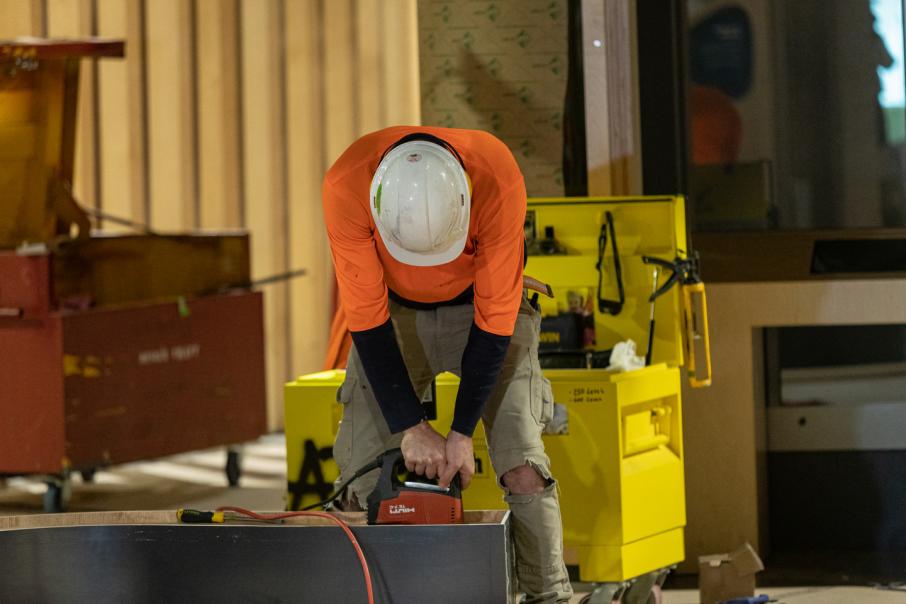 A worker at the Perth Museum while it was under construction. Photo: Gabriel Oliveira

Western Australia’s workforce may be nearing full employment, the state’s business lobby has warned, amid concerns about a worker shortage.

The latest data shows unemployment of 4.7 per cent in WA, Business News reported yesterday, with more women employed than in February 2020, prior to COVID-19.

That’s a level that the Reserve Bank of Australia would previously have called full employment, Chamber of Commerce and Industry of WA chief executive Chris Rodwell told a skills summit today.

In 2019, the RBA estimated full employment would have an unemployment rate of 4.5 per cent, with a jobless level below that leading to inflationary pressure building.

Recent estimates have suggested it could be lower still, however.

Home construction was being delayed by up to a year because of the lack of workers, he said.

Childcare, healthc are and tourism operators were unable to meet demand.

“The business community is training new apprentices and trainees at levels not seen in decades,” Mr Rodwell said.

Commencements had nearly doubled or more than doubled on pre-COVID levels in construction, light manufacturing and financial services, he said.

“But it’s important to understand; despite the best efforts of the business community, and the good intentions of government, this is not enough," Mr Rodwell said.

“WA is just at the start of training this new cohort.

“The immediate challenge still confronts us.”

WA is not the only place with a problem.

In the US, unfilled job vacancies passed a record 8 million in March, with the US Chamber of Commerce reportedly claiming the worker shortage in that country was a crisis.

"The labour market is uneven, though," he said.

"Many people are still struggling to find work, while, at the same time, some firms are reporting that they are finding it difficult to find workers.

"Many of these reports come from businesses in regional Australia, including those in the agricultural, hospitality, mining and construction sectors.

"And in nationwide business surveys, many firms are now saying that finding suitable labour is a major constraint on output."

More than 60 per cent of firms in a recent survey said finding suitable labour was a constraint on output, the RBA's data showed.

That's the highest level since pre-GFC.

But Dr Lowe talked down the potential inflation impact, adding the shortage may be only temporary.