Among the many problems with Australia’s working visa system is the effect it has on seasonal workers from the Pacific Islands. 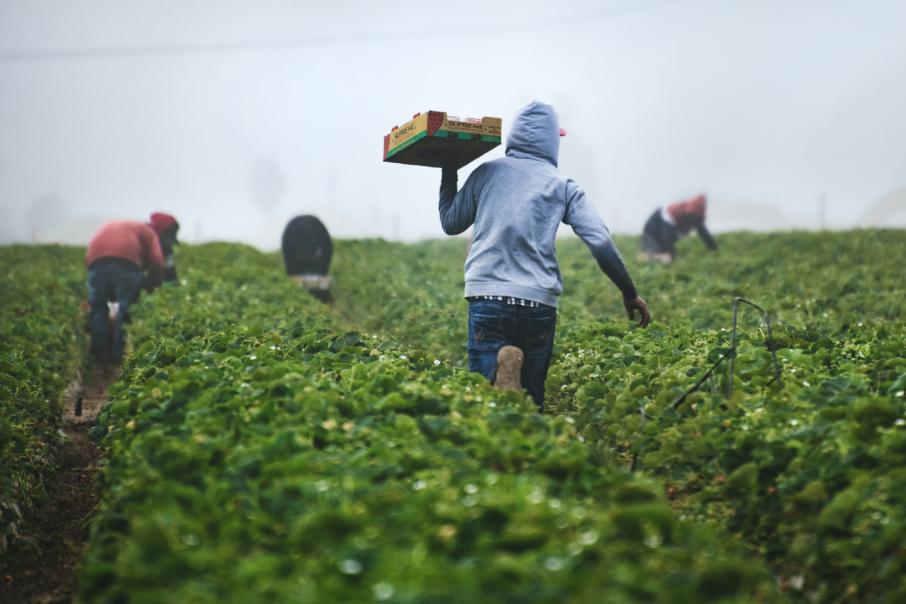 Pre COVID-19, up to 60 per cent of Australia’s seasonal farm workers were backpackers. Photo: Tim Mossholder

Australia’s $11 billion horticultural industry provides 93 per cent of all the fresh food we consume. To maintain this self-sufficiency, the industry has become over-reliant on tens of thousands of foreign backpackers to harvest the nation’s fruit, vegetable, and mushroom crops.

It has been estimated that, pre COVID-19, 60 per cent of Australia’s seasonal farm workforce were backpackers on working visas.

Australian governments have allowed labour shortages in the agriculture industry to build for decades. Over the past 25 years, the number of family farms has decreased by 40 per cent, thereby reducing the pool of family workers.

The average age of an Australian farmer is now 57 years. These demographic changes have reduced the pool of regional workers available for seasonal agricultural tasks.

A survey undertaken by the University of Adelaide between 2016-2018 of 332 fruit and vegetable growers found that 40 per cent had been unable to hire enough labour, with 63 per cent saying that they had left produce unpicked.

The pandemic has compounded these labour shortages with the closing of Australian borders stopping the annual inflow of working visa backpackers.

The industry and government have been scrambling to find enough people to harvest this year’s crops. Substantial government incentives to encourage unemployed Australians to undertake seasonal harvesting work have met with little success. The government has once again decided to use working holiday visa extensions to encourage so-called backpackers to remain in Australia.

In 2015, to ensure the industry had sufficient workers at harvest time, the Commonwealth allowed backpackers to extend their Australian stay into a second year if they agreed to work in the regions for a minimum of three months.

This scheme boosted the number of backpackers working on farms, with about 31,000 qualifying for a second-year visa in 2017-18. Due to the regional labour shortage caused by COVID-19, the government doubled down on this misguided policy last July and allowed backpackers to stay for a third year if they agreed to work for six months in regional Australia.

With an expanding population to feed, how long before the government feels pressured to allow backpackers or temporary agricultural workers to extend their working visas to four, five or even more years?

Regrettably, the use of working visa extensions as a solution to regional labour shortages is creating a pool of easily coerced and exploited workers with limited rights.

In 2018 the Fair Work Ombudsman (FWO) released its report on workplace arrangements in horticulture and viticulture enterprises throughout Australia.

FWO inspectors investigated 626 businesses connected with the harvesting of various crops. More than half the businesses investigated had breached workplace laws, including deliberate and significant underpayments of base pay rates, falsification of records, deliberate withholding of payslips, non-payments, and unauthorised deductions.

The ombudsman also reported that people seeking a second-year visa extension by completing three months’ regional work were especially vulnerable to exploitation. FWO expressed concern that unscrupulous employers could use this as leverage to pay less, give notice periods that are outside award conditions, and withhold pay.

The Australian horticultural industry has an alternative to its increasing dependence on backpackers. The Australian Seasonal Worker Programme and Pacific Labour Scheme allow the industry to employ workers from nine participating Pacific Island countries and Timor-Leste.

A report by the World Bank in 2017 concluded that the Australian Seasonal Worker Programme delivered significant advantages, not just for Australian farmers but for the workers, households, and communities of participating Pacific Island countries.

These two programs are highly regulated to protect Pacific Island and Timor-Leste workers from exploitation. These protections, however, often make these workers a more expensive option for employers, some who prefer the less-regulated backpacker system.

The government’s poorly formulated farm policies have led to backpacker labour crowding out the use of Pacific Island and Timor-Leste seasonal workers.

The difference can be explained by New Zealand’s implementation of a robust system that promotes the use of Pacific Island workers over backpackers.

Australia has been stepping up its effort to engage with Pacific Island countries with annual financial support reaching $1.4 billion, which represents 31 per cent of the total foreign aid budget. Why the Australian government continues to support a tainted backpacker system that clearly undercuts increased use of Pacific Island and Timor-Leste seasonal workers, is a mystery. Possibly one that only a royal commission can solve.