Work has begun on a $22 million enhancement of Roe Street, the first major project under way as part of a $1.5 billion deal the City of Perth struck with the state and federal government. 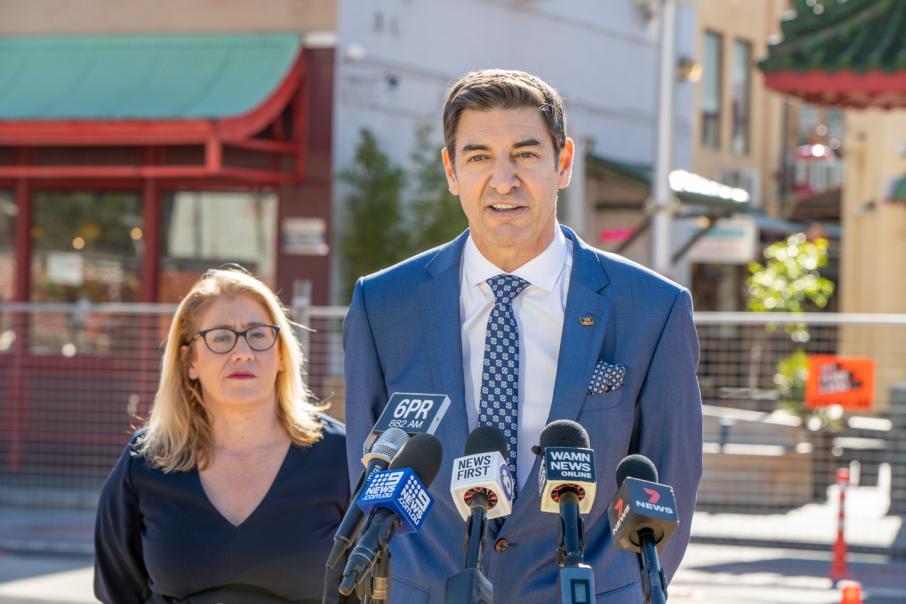 Rita Saffioti and Basil Zempilas at the site of the Roe Street enhancement. Photo: David Henry

Work has begun on a $22 million enhancement of Roe Street, the first major project underway as part of a $1.5 billion deal the City of Perth struck with the state and federal government.

The project is designed to turn the car-dominant corridor into a vibrant city destination, improving connectivity between Northbridge and the CBD through the narrowing of street widths, lower vehicle speeds, widened footpaths and unidirectional bike lanes.

It will also include the delivery of alfresco dining, new street trees to provide shade, upgraded street lighting and CCTV, new paving, street furniture and the installation of free public Wi-Fi.

A key part of the enhancement, which stretches from Fitzgerald Street to Stirling Street, is encouraging greater use of public transport.

During a press conference this morning, Transport Minister Rita Saffioti said it was great to see all three tiers of government working together to kickstart a project that had been on the drawing board for some time.

“The Perth CBD has a lot of great and vibrant attractions and we want to encourage more people to walk and ride through the city centre,” she said.

“The $22 million Roe Street Enhancement Project will revitalise one of the city’s oldest streets, making it more welcoming and accessible for cyclists and pedestrians."

City of Perth Lord Mayor Basil Zempilas said drawing people back to the CBD to support local businesses was the city’s top priority and that the project would transform an area that had long been an "eyesore" into something much more inviting.

Construction works are now underway and will be staged in a bid to reduce the impact on the city.

The enhancement project is expected to be completed by mid-2022, with further announcements on Edith Cowan University’s move to the CBD and design concepts expected to be released in the coming months.

The university is expected to draw more than 9,000 students and about 2,000 teaching staff to the CBD each day and provide a significant boost for local businesses and hospitality venues.