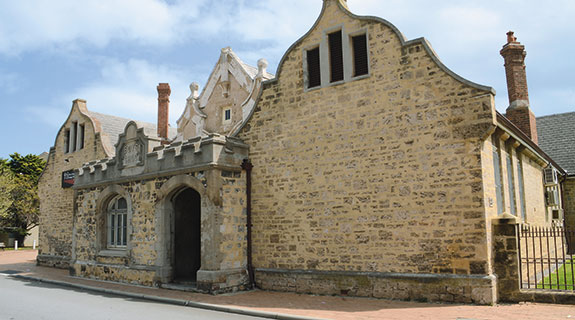 The City of Fremantle is ramping up its heritage restoration efforts, making progress at three separate historic sites, which have been in varying states of disrepair for a number of years.

Work began last week on the heritage-listed Warders’ Cottages near the Fremantle Markets, with the state government providing $2 million to fund the restoration.

The cottages, which were built in the 1850s, have been unused and in a derelict state since 2011.

They were previously used to house warders from Fremantle Prison until 1991, when then-member for Fremantle Jim McGinty sold the cottages to the Department of Housing.

Ownership of the cottages has since been transferred to the Heritage Council of Western Australia.

Once restoration works being undertaken by Colgan Industries are completed early next year, the state government will offer them for sale or lease.

Heritage Minister Albert Jacob said the works were critical for the future of the cottages, though the state government had not yet decided on what they will be used for once restored.

Meanwhile, Northerly Group has also started work on the restoration of the historic Gunners Cottages on Queen Victoria Street, which were built in 1910.

Those cottages are owned by Defence Housing Australia and have been left derelict for more than a decade.

The 10 heritage-listed cottages will be complemented by six new dwellings, which DHA has flagged as housing for Australian Defence Force members and their families.

The restoration works, designed by heritage specialists Griffiths Architects are expected to be complete in 2016.

The former school building was most recently home to the Film & Television Institute, which moved to new premises at the State Library of Western Australia early last year after its peppercorn lease expired.

The first stage of restoration, by PMC Roofing in collaboration with Slavin Architects, at the boys’ school, is due to be complete by April, with works including the replacement of roof cladding to the eastern half of the building and various structural repairs.

The City of Fremantle, which has pitched in $850,000 so far to fund the restoration, has launched a tender process for the second stage of work, which will finish off the roof replacement.

Future stages will focus on conserving the building’s external walls and timber joinery.

“As one of Fremantle’s oldest heritage buildings and given its visible location and usage, the restoration of the Fremantle Boys’ School has been a high priority for council,” Fremantle Mayor Brad Pettitt said.

“It’s a wonderful old building with a lot of history and character but certain aspects of the building have deteriorated over time.

“By using a staged approach, the city and its contractors can conduct a detailed analysis at the completion of each stage to prioritise the work that needs to be done in the subsequent stages.”