Work has begun work on upgrades to the Roe Highway-Berkshire Road interchange in Forrestfield, under a deal worth $46.2 million. 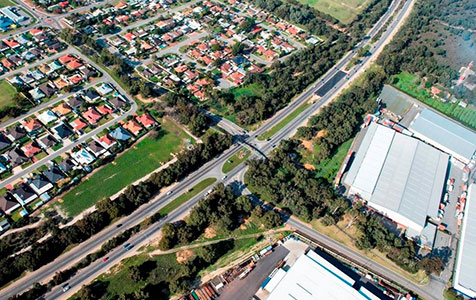 The $46.2 million project will be delivered by the Gateway WA alliance team, which comprises Leighton Contractors, Georgiou, GHD, AECOM and BG&E, working in partnership with Main Roads WA.

State Transport Minister Dean Nalder said the intersection was used by more than 40,000 vehicles each day, with heavy vehicles accounting for up to 17.5 per cent of daily traffic volumes.

“In the past 10 years, there have been 297 crashes at the intersection, resulting in one fatality and 15 people seriously injured,” Mr Nalder said.

“As part of the new design, Roe Highway will pass over the top of Berkshire Road, allowing commuter and freight traffic to be separated from the local network, greatly improving safety and amenity for the Forrestfield community.”

Mr Nalder said noise and screen walls would be set up to help reduce traffic noise for residential areas close to the interchange, while additional paths would be provided to improve local connectivity for pedestrians and cyclists.

The project is scheduled to be completed by early 2016.

Meanwhile, construction of the $1 billion Gateway WA project is well in its advanced stage, having started midway through last year and is scheduled to be completed in 2017.

Throughout the project, Gateway WA will provide 11 new bridges and 45 kilometres of new roads, while more than 550 WA businesses have won contracts associated with the project.