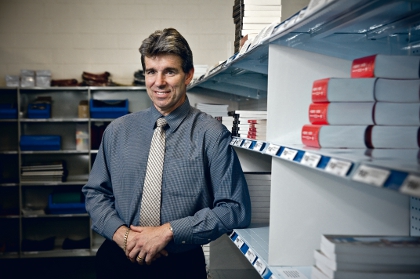 Schools supplier Campion Education has agreed to purchase the stock of one-time market leader Wooldridges, bringing to an end any hopes of reviving the Wooldridges business and delivering a return to its creditors.

Since Wooldridges collapse Campion has taken on almost 20 of its parent company's, Education Works, former staff and is in negotiations to open a store south of the river.

Campion’s move on Wooldridges' stock adds to a string of measures it has taken to fill the void left by Wooldrifge's collapse last month and lift its own market share.

Speaking to WA Business News earlier this month, Campion managing director James Cathro said he had sped up the company's Western Australian expansion three-fold and was considering leasing some of Wooldridge’s old shops.

Wooldridges' administrator, accounting firm Grant Thornton, also disclosed today, ahead of a second creditors meeting, that Woodridges' parent company Education Works’ had sold all of its other subsidiaries.

The second creditors' report revealed that unsecured creditors will bear the brunt of the collapse as they won’t receive any returns.

Grant Thornton partner Matthew Donnelly said "the overall outcome for creditors is exceptionally disappointing, it is most likely the Wooldridges brand will be lost to the WA community.”

However, there is a slight glimmer of hope for the creditors.

Depending on the outcome of Education Works’ lawsuit with its sole supplier Corporate Express, Grant Thornton said it may be able to recover some of their returns.

It was also revealed that Wooldridges’ employees will have to turn to the Government Employee Entitlements and Redundancy Scheme to claim their outstanding entitlements.

Following the second meeting, Grant Thornton is expected to become the liquidators and will start considering whether insolvent trading took place.

It will conduct further investigation into the matter.

When the administrator initially described Wooldridges’ cash position as anaemic it couldn’t have been any closer to the truth, financial losses for the company had begun well before the administrator was called in.

In June 2010 a $362,000 trading loss was reported for the financial year, this more than tripled the following year to $1.15 million and by May this year Wooldridges losses equated to $7.42 million.

During the administration period there were 20 expressions of interest, for both part and whole acquisitions of Wooldridges.