Woodside to farm-in on Tanzania project

Beach Energy has accepted Woodside Petroleum's offer to acquire a 70 per cent interest in the Lake Tanganyika basin in Tanzania. 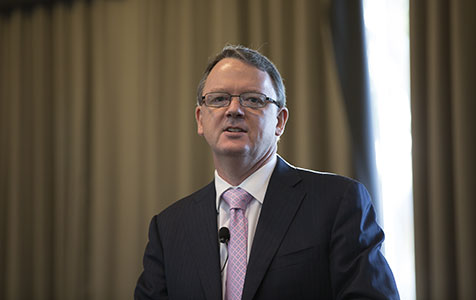 Beach Energy has accepted Woodside Petroleum's offer to acquire a 70 per cent interest in the Lake Tanganyika basin in Tanzania.

The proposed work includes seismic studies, with an option for future drilling and operatorship.

Under the agreement, Woodside has agreed to reimburse its share of back costs, fund seismic operations over the next 12 months and contribute to Beach's share of costs involved with an initial exploration well.

Beach will remain operator throughout the next stage of seismic operations, with Woodside having the option to become operator at a later date.

"Bringing a world class operator into this area such as Woodside will not only ensure Beach is carried to the next phase of exploration, but will also define initial drilling prospects as a result of the further seismic work that will be undertaken," Beach managing director Reg Nelson said.

Less than two weeks ago Woodside signed an agreement with London-based Chariot Oil & Gas to farm-in to the Doukkala basin off the coast of Morocco, further expanding its offshore growth.