Woodside sketches out decade of growth

Woodside Petroleum has laid out plans to triple its gas and oil reserve base which will come from more than $US36 billion worth of projects in Australia, Senegal and Myanmar over the next seven years. 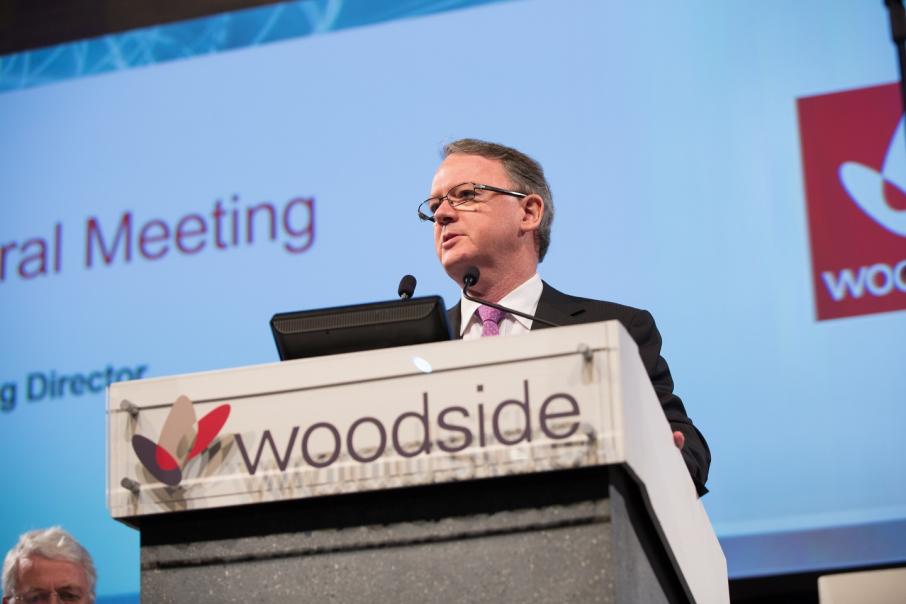 Peter Coleman says Woodside's projects will help the company expand production by six per cent over the next decade.

Woodside Petroleum has laid out plans to triple its gas and oil reserve base which will come from more than $US36 billion worth of projects in Australia, Senegal and Myanmar over the next seven years.

Key to that growth will be decisions to go ahead with the Sangomar oil project off Senegal by the end of this year, Scarborough gas project off Western Australia in early 2020 and the massive Browse gas project in the first half of 2021.

Those projects all together will help Woodside expand its production by six per cent a year over the next decade, Coleman said.

"We believe we now have a compelling growth story," Woodside Chief Executive Peter Coleman told analysts at a briefing in Sydney.

The Scarborough project took a big step forward this week, with Woodside and its partner BHP Group agreeing on a tolling price for processing gas from the Scarborough field through Woodside's Pluto LNG plant.

Premier Mark McGowan said the agreement was an important milestone in a project vital to the Western Australian economy.

"We are now one step closer to the creation of thousands of Western Australian jobs," he said today.

"I congratulate Woodside and BHP for all their work to date and look forward to further updates on the final investment decision, earmarked for early 2020.

"As I have said in the Parliament recently, I hope that we will see similar progress on the Browse development and urge the companies involved to finalise negotiations as soon as possible.

"We'll be doing everything we can to ensure the Scarborough and Browse developments create ongoing jobs for Western Australians, particularly in the Pilbara."

To help fund the huge spending plans, Woodside said on Tuesday it would look to sell a 50 per cent stake in the new five million tonnes a year processing unit it will be adding at the Pluto plant.

At the same time Woodside plans to sell down its 75 per cent stake in Scarborough, but Chief Financial Officer Sherry Duhe said the company would not rush into a sale, looking to make sure it gets the best value.

BHP plans to maintain its stake at 25 per cent, having given up an option to increase its stake to 35 per cent, the company said in emailed comments.

Woodside confirmed that costs on the Sangomar project in Senegal had increased by 40 per cent to $4.2 billion, as previously reported by its minority partner FAR Ltd, adding that they are nearing a final investment decision for the project.

Coleman said that Woodside would triple its reserve base to 3.7 billion barrels over the next seven years, with the addition of its Scarborough and Browse projects off Western Australia, Sangomar in Senegal and the A-6 project in Myanmar.