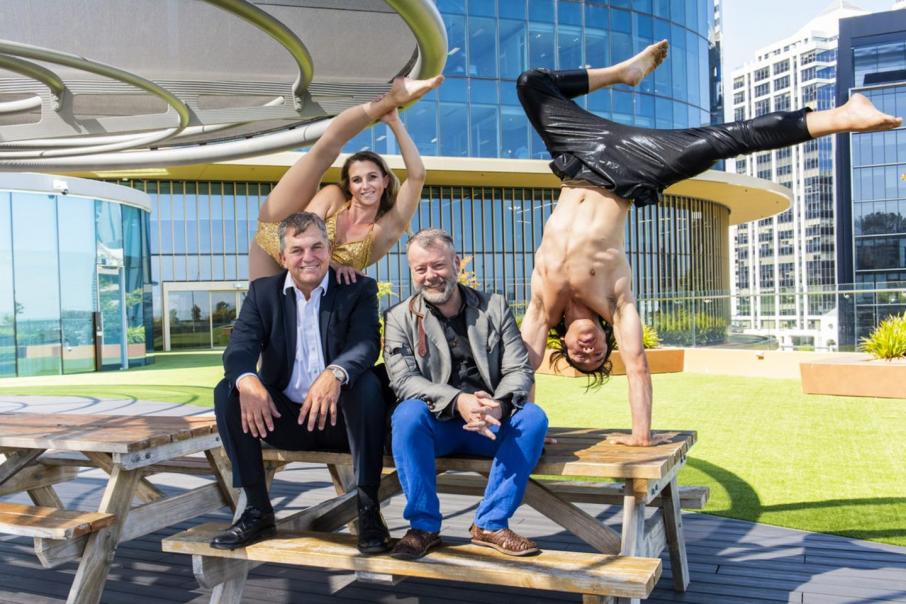 The popular Fringe destination, based in Russell Square, will now be known as The Woodside Pleasure Garden.

Woodside’s commitment as a principal festival partner will now continue until 2021, when the two organisations will celebrate a decade-long partnership.

Fringe World chief executive Marcus Canning said Woodside had made a significant contribution to the growth of the festival, as one of the founding corporate partners.

“Woodside was one of the very first potential partners that showed real interest, and took a bit of a gamble,” Mr Canning told Business News.

“They came on board with a really decent, high-level investment to help us push the full festival in 2012, and the relationship has really grown and deepened since then.

“We set off to establish quite early a tight family of partners who all shared similar vision and ethos, and Woodside was very much one of those.”

Mr Canning said the renewed partnership would mean multiple improvements to The Woodside Pleasure Garden, allowing a variety of new experiences to be introduced into the environment.

He said the commitment by Woodside marked a substantial increase in funding, and given the long-term commitment of the company to supporting the festival, naming rights had seemed a natural acknowledgement.

In addition to the re-branding of the Pleasure Garden, Woodside will continue to support Fringe World to present its reviewing platform FringeFeed, and Homegrown Heroes program.

“That’s why really meaningful long term relationships are so great, it ends up being this very creative conversation that’s ongoing,” he said.

“You might start something that bears fruit in three or four years’ time.”

The program highlights local artists, allowing audiences to easily identify shows and performers from the state.

Woodside senior vice-president, corporate and legal Michael Abbott said the company was delighted to extend its partnership with Fringe World for another three years.

“The festival brings energy and vibrancy to our great city of Perth and Woodside is honoured to be associated with such a fabulous summer event,” he said.

“An exciting addition to this year’s festival is the Ngurra Nyingu art exhibition at the State Theatre Centre, which will showcase artists of the West Pilbara.”

The exhibition has been supported by Woodside for the past nine years, but this will be the first time it is connected with Fringe World.

The 2019 Woodside Pleasure Garden will feature some of Fringe World’s crowd favourites, including DjukiMala and Rouge, as well as various buskers and the Fringe World Mermaids.