Woodside Petroleum has announced December quarter revenue of $1.42 billion, a rise of 43 per cent on the previous corresponding period and surpassing investment bank UBS's estimate of $1.35 billion for the period. 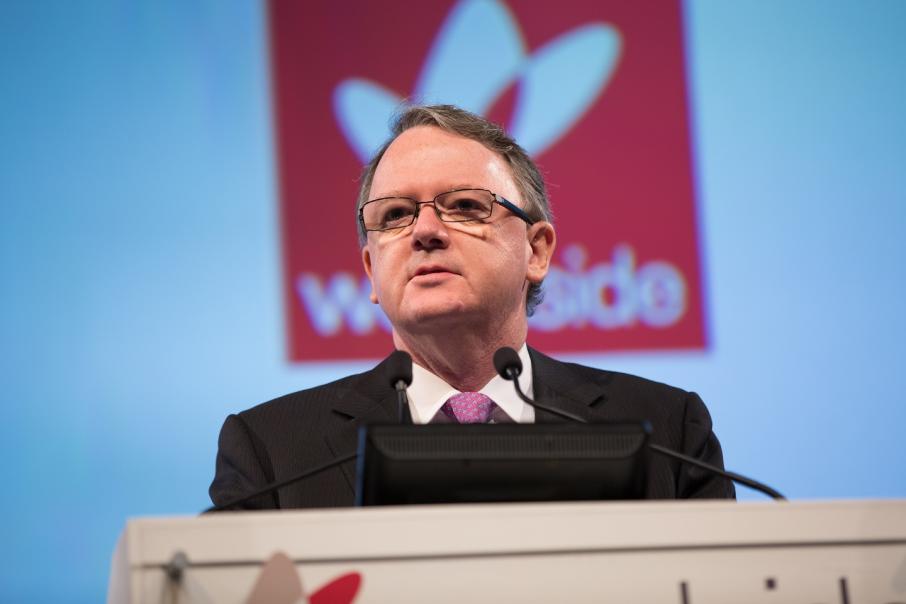 Woodside Petroleum has announced December quarter revenue of $1.42 billion, a rise of 43 per cent on the previous corresponding period and surpassing investment bank UBS's estimate of $1.35 billion for the period.

In a statement, the Perth-based gas and oil producer said the rise in revenue was primarily due to output at Chevron’s Wheatstone LNG project, where Woodside has a 13 per cent stake, exceeding estimates.

Production at Wheatstone rose approximately 11.5 per cent between the September quarter and December quarter.

Across its portfolio, overall production rose around 10 per cent compared with the fourth quarter of 2017.

Woodside produced 91.4 million barrels of oil equivalent for 2018, and it expects annual production this year to be between 88 mmboe and 94 mmboe.

The company identified the Greater Western Flank phase two development as another highlight of the quarter, with the project delivered six months ahead of schedule and $630 million under budget.

Woodside is one of six partners in the development, an extension of the North West Shelf Venture, with each owning an equal stake of approximately 16.67 per cent.

Its overall investment expenditure for this year will be between $1.6 billion to $1.7 billion, which was also significantly higher than the UBS estimate of $1.2 billion.

The company is expected to lead the next phase of LNG projects in Australia with its proposed Scarborough and Browse projects.

Yesterday, Woodside awarded four contracts, which it will fund without a contribution from venture partner BHP Group, for front-end engineering design activities at the Scarborough project.

Final investment decisions for Scarborough and Browse are planned in 2020.

Woodside chief executive Peter Coleman said the base business turned in another strong performance in the fourth quarter.

“In addition to the outstanding result in delivering Greater Western Flank phase two, we achieved significant milestones in the development of our next wave of projects, which will underpin Woodside’s future growth,” he said.