Woodside pushes on with Browse

Woodside Petroleum has stuck with its planned timetable for the Browse gas project, announcing today it has reached agreement with its joint venture partners to commence front-end engineering and design ahead of a final investment decision by the end of 2016. 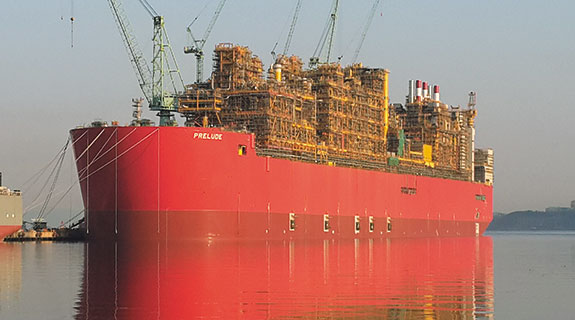 The Browse development will use similar FLNG technology to Shell's nearby Prelude project.

Woodside Petroleum has stuck with its planned timetable for the Browse gas project, announcing today it has reached agreement with its joint venture partners to commence front-end engineering and design ahead of a final investment decision by the end of 2016.

The five joint venture partners have also entered into an equity alignment deed, which brings together their prior interests in the east and west Browse gas fields to a unified structure.

No money was payable in regard to the equity alignment.

The Browse development is based on three floating LNG vessels utilising technology that Shell is pioneering at the nearby Prelude project.

Shell Australia country chair Andrew Smith said the announcement was a positive step for the project.

“The Browse gas fields are a significant national resource, and this announcement is a clear step forward,” he said.

“The JV’s decision to enter FEED is a vote of confidence in the advantages offered by Shell FLNG technology.

“The project remains challenging given the remoteness of the resource and the complexity of the development. Shell looks forward to working with its JV partners through the FEED process.”

The shift to a floating LNG concept followed long-running controversy over development of a land-based LNG plant at James Price Point near Broome.

Woodside expects FLNG will also be substantially cheaper than the land-based option.

The project will commercialise the Brecknock, Calliance and Torosa fields, which contain 15.4 trillion cubic feet of dry gas and 453 million barrels of condensate.

The Perth-based company said Browse LNG volumes would be marketed on an equity basis from Woodside's growing global LNG portfolio.

"We continue to have ongoing discussions with a range of regional LNG customers regarding potential LNG sales," the company said.

Chief executive Peter Coleman said Woodside was excited to be moving into the next phase of the Browse FLNG Development using floating LNG technology.

"We will continue to work with governments, Australian industry, local communities and other relevant stakeholders to realise potential opportunities from this mega project," Mr Coleman said.

“I am now looking forward to the development and finalisation of a detailed Development Agreement, prior to the joint venture making its final investment decision, which is expected in late 2016,” he said.