If Woodside Petroleum’s one-for-four share swap bid for rival LNG producer Oil Search was plan A, then plan B, when it comes, had better be a beauty, because so far no-one apart from Woodside management can say anything positive about the proposed takeover. 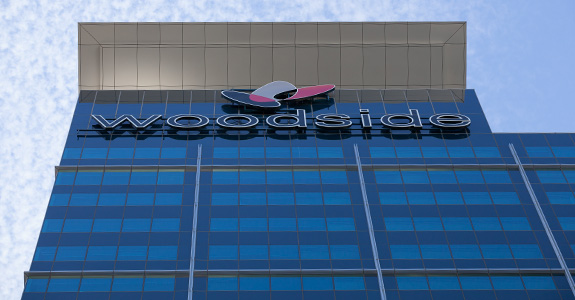 UNPOPULAR: Woodside shareholders seem to have gone cold on the company’s bid for Oil Search.

If Woodside Petroleum’s one-for-four share swap bid for rival LNG producer Oil Search was plan A, then plan B, when it comes, had better be a beauty, because so far no-one apart from Woodside management can say anything positive about the proposed takeover.

The official line from Woodside chief executive Peter Coleman is that merging Perth-based Woodside and Port Moresby-based Oil Search would create a ‘regional champion’ of the oil and gas industry.

The reaction from Woodside shareholders has been less enthusiastic, with the stock falling since the deal was announced, including a very sharp drop of $1.12 (3.7 per cent) earlier today.

Oil Search has gone the other way, up, and quite considerably; from $6.73 before the bid to recent sales at $7.58.

In a way, that reaction is a classic investor response of ‘buy the target and sell the bidder’, a market maxim followed for very good reason – most takeovers are botched, with the owners of the ‘successful’ bidder often losing in the long run.

What happens is that management of the bidder is under pressure to deliver higher profits, fatter dividends and growth, followed by more growth.

In Woodside’s case, the profits have certainly been flowing from its top asset, the Pluto LNG project in Western Australia. Dividends, too, have been more than generous. What’s missing in action is growth; and for an oil and gas company there are only three ways to grow – discovery, development of existing assets, or acquisition.

The first avenue has proved frustrating for Woodside, with big discoveries proving elusive over the past decade.

The second has been even more frustrating, with potentially big developments such as the Sunrise and Browse LNG projects gummed up in legal and environmental challenges.

The third, acquisition, has been moderately successful through the purchase of surplus assets from Apache Corporation, though they were all relatively small for a company the size of Woodside, which needs big deals to hit its production and profit targets.

Enter Oil Search, a business which, until a few years ago, was a low-profile oil producer in Papua New Guinea, though admittedly one with 40 years of accumulated knowledge about how to do business in one of the world’s least hospitable investment environments (with a level of corruption among the highest in the world, 145th out of 175 countries monitored by Transparency International).

If Woodside’s mature Australian oil and gas interests could be married with Oil Search’s rapidly-growing PNG oil and gas interests, a well-balanced business could emerge with strong cash flows from old and new assets, and a long line of potential new projects emerging.

In other words, there’s a lot in it for Woodside, which, while not at the desperation stage for growth options, is starting to look that way.

And that’s what really worries Woodside shareholders – the belief that they are being led into PNG because management has not been able to grow the company in other ways.

Investment banks, so far, have been cool on the merger proposal, almost universally saying it is a low-ball bid that has little chance of success because it is cheap, and because it would be of little interest to the most important player in the game – the PNG government, which owns 10 per cent of Oil Search (plus a direct stake in PNG LNG) and sees the company as its local corporation champion.

So for Woodside to catch and hold the attention of Oil Search management, it’s going to have to boost the terms of its bid, perhaps with cash and perhaps with sweeter share-swap terms; this would mean existing Oil Search shareholders would emerge with a big say in any merged business.

Analysed any way you like, there is little to recommend the Woodside approach to Oil Search as it now stands.

Oil Search doesn’t like it. The PNG government almost certainly doesn’t like it, and Woodside shareholders are expressing their displeasure by selling some (or all) of their shares.

In time, the Woodside approach will probably lapse, but that will not be before someone asks why it was launched in the first place.

One possibility is that Woodside felt obliged to say something after a chairman-to-chairman conversation, in much the same way Rio Tinto felt it had to report a chat with the chief executive of Glencore about the possible merger-of-equals; a proposal that died as it became clear that Glencore was not in the best financial health.

Another possibility is that Woodside is keen to stir the regional oil and gas industry to try and flush out a deal by launching its bargain-basement bid for Oil Search. It will then wait to see what else emerges, including the possible acquisition of the Santos stake in PNG LNG, if other owners in that project do not use their right under joint venture terms to match any outside offer.

Whatever happens, it is hoped that Woodside does have a plan B, because plan A is being rejected by everybody, including the most important people with an interest – Woodside’s own shareholders.