Woodside is making hard work of its simultaneous energy and management transitions. 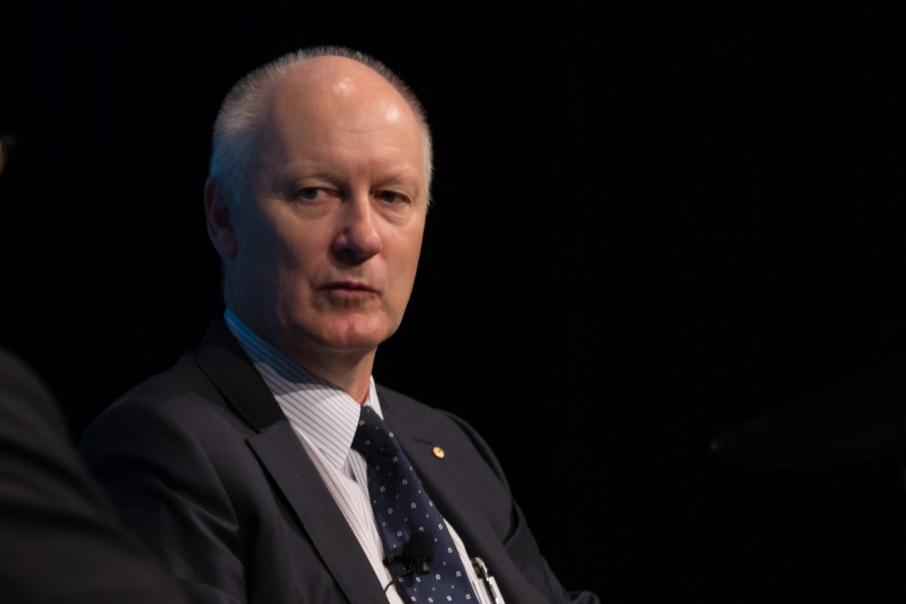 The next year could be the most challenging of Richard Goyder’s career. Photo: Attila Csaszar

In 2017, Michael Chaney announced that Richard Goyder, his successor as Wesfarmers chief executive, would also replace him as Woodside Petroleum chairman.

The handover was seamless, and Mr Chaney presided over his last AGM in April 2018, at which Mr Goyder was elected chair.

Three years later, climate concerns are central to everything Woodside does and Browse is hardly mentioned.

Two days before the 2021 AGM, Mr Goyder announced Mr Coleman would step down without a decision on his replacement.

Woodside’s world had been upturned in three years. Perth’s oil and gas big fish is now swimming through simultaneous management and energy transitions.

Unlike the change of chair, it is not going smoothly.

After an impressive quarter of a century at Wesfarmers, Mr Goyder may face the most formidable challenge of his career during the next 12 months.

Woodside needs a new leader and a decision on what is next, and the two are inextricably linked.

Woodside has had two main acts so far. The North West Shelf project that first produced gas in 1984 defined the company.

However, Woodside only owned one-sixth of the NWS. When its 90 per cent-owned Pluto LNG project started up in 2012, Woodside added financial size to its operating expertise.

Now, NWS production is declining, and output from Pluto will follow later this decade. Finding Woodside’s third act is vital.

An $US11.4 billion investment to develop the Scarborough field and process the gas through a second LNG train at Pluto is Woodside’s solution.

However, despite the company’s single-minded pursuit of a sanction decision later this year, it is no sure thing.

In this new world, investment in gas must have relatively low emissions and offer high returns to justify the risk.

Scarborough ticks the emissions box, but some investors are concerned about returns.

Woodside’s partner in Scarborough, BHP, also has to be convinced it is a worthwhile investment.

To be confident about Woodside, its investors also want to know who will lead the company through the 2020s.

Mr Coleman announced in December 2020 that he would retire in the second half of this year, and the search for his replacement was soon under way.

But then the plan changed. In April, Mr Coleman stepped down with no successor organised, and head of development and marketing Meg O’Neill stepped in temporarily. 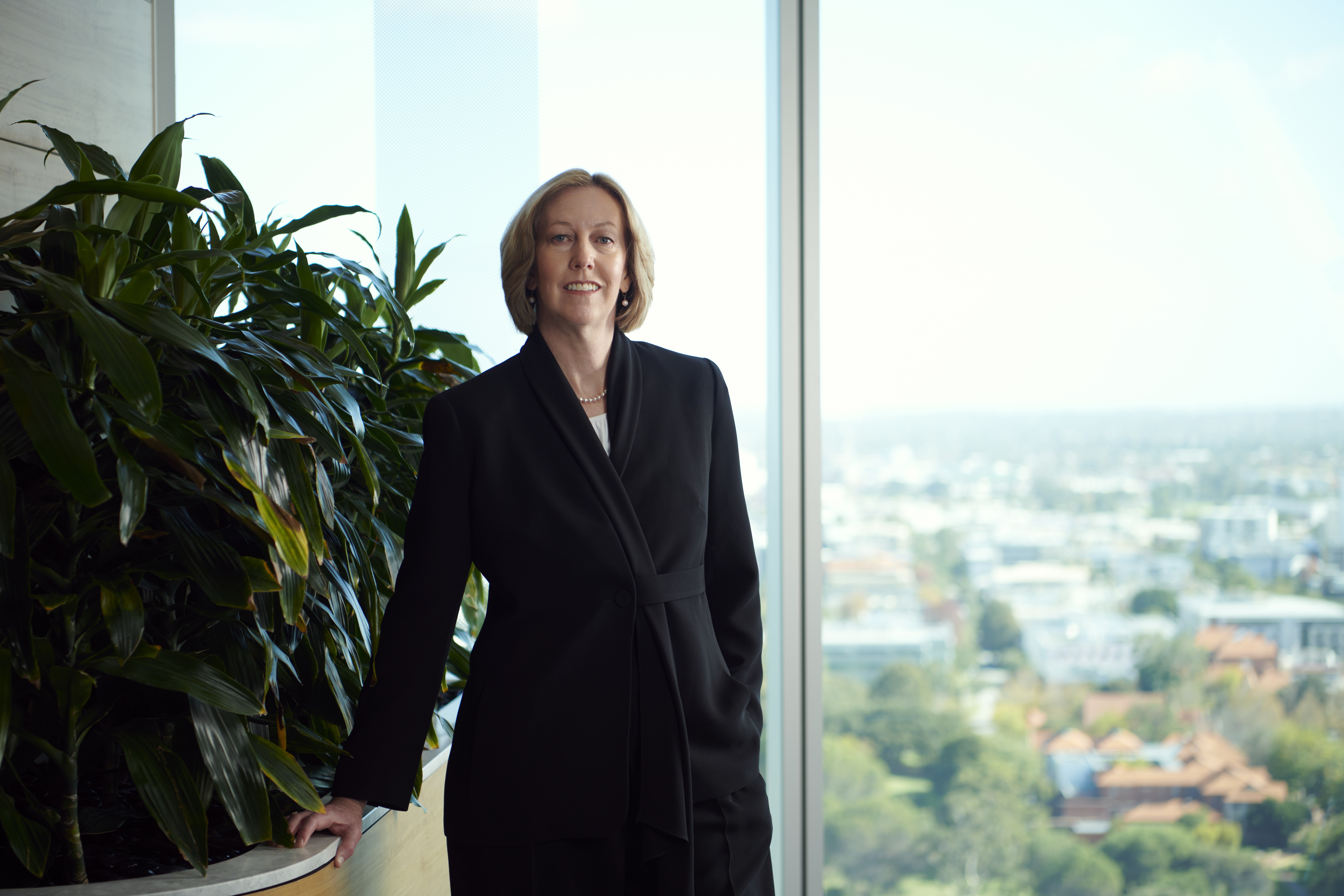 Why did Mr Coleman leave early? Why has no replacement been found? What really happened between December and April is the subject of much speculation and little information.

The result, however, is a corporate governance debacle, because the decision to progress Scarborough and the choice of chief executive are inextricably linked.

The tenure of Mr Coleman’s replacement will be dominated by progressing Scarborough or potentially dealing with the fallout of it not going ahead and scrambling for a credible Plan B.

Anyone with the substance required to lead a $24 billion company wants to make the big decisions, not be lumbered with them.

However, a senior executive from a competitor may lose months to enforced ‘gardening leave’ and need months more to reassess Scarborough. It is not a delay that Woodside can afford. In the competitive LNG space, project delay can be deadly.

For what it’s worth, the talk around town suggests the Woodside board has narrowed its list of potential chief executives to three: acting chief executive Meg O'Neill, Shell’s Zoe Yujnovich, and the head of BHP petroleum president, Geraldine Slattery.

All three candidates bring decades of quite different experiences to the job.

Ms Yujnovich is the best known of the contenders to the Perth business scene as chair of Shell Australia from 2017 to mid-2019.

Surprisingly for Shell, where lifelong employees dominate, Ms Yujnovich has risen towards the top after joining the Anglo-Dutch giant in 2014 to run its Canadian oil sands operation.

Before Shell, the University of Western Australia mechanical engineering graduate was with Rio Tinto and worked in the Pilbara, London headquarters, Brazil and Canada, Ms Yujnovich, who now runs Shell’s global conventional oil interests from the Netherlands, ticks a lot of boxes.

She is personable, connected, knows Australian LNG and has international experience.

Perhaps counting against her is a lack of experience as a direct report to a chief executive of a listed company, where corporate strategy and investor relations are dealt with.

Woodside’s Ms O’Neill has gone one better than the executive leadership level, after taking over as acting chief executive.

She joined Woodside in 2018 to run operations and then took over what had been two jobs: project development and marketing. Mr Coleman had charged Ms O’Neill with getting Scarborough done.

On top of her considerable professional attributes, Ms O’Neill would be attractive to the board for two other reasons: there is no delay to her starting, and she is a known quantity.

However, her appointment would present some problems for the board.

Mr Coleman chose Ms O’Neill, with both of them hailing from ExxonMobil. It is hard to sell Ms O’Neill to investors as a break from the Coleman era, but that is what some investors want after what they see as a decade of little progress.

Some significant investors also want a fresh pair of eyes on Scarborough before it is sanctioned. Oil and gas companies have a track record of producing optimistic assessments of projects that chief executives are strongly committed to, as Mr Coleman has been with Scarborough.

Investors may see Ms O’Neill as too involved with Scarborough to offer a critical assessment.

Also, she clearly cannot be the board’s preferred candidate; otherwise, she would already have the job. If the board does confirm the Massachusetts Institute of Technology graduate in the role for the longer term, it’s effectively admitting it could not secure the person it wanted.

In Ms O’Neill’s favour, every day as acting chief executive provides her with an opportunity to prove herself to the board and the investors.

BHP’s Ms Slattery is another candidate whose selection depends on factors other than her suitability.

The BHP petroleum operations president runs the miner’s one-sixth stake in the North West Shelf project and its 26.5 per cent equity in Scarborough.

Her intimate knowledge of Woodside’s two main assets is a massive plus for an incoming executive. However, it also presents obstacles to her appointment.

BHP is not investing in the second LNG train at Pluto. Instead, BHP will pay Woodside to process its share of gas from Scarborough into LNG.

Ms O’Neill last week said the LNG processing, or tolling, negotiations with BHP were still not concluded despite the extra time afforded by the pandemic delaying the project.

All agreements are waiting on an update to project costs. BHP is playing hard on Scarborough. The miner can invest in an array of commodities and projects, while Woodside in 2021 is a one-trick pony: Scarborough or bust.

All the signs are that BHP is waiting until the last moment to conclude agreements so it can extract maximum value from a desperate Woodside.

BHP will be reluctant to release Ms Slattery to its negotiation opponent before a deal is done. And the better deal Ms Slattery extracts from Woodside, the less likely she will want to then swap sides and live with the consequences.

If Ms Slattery falls off the list, Woodside will lose her unique perspective from two years on the BHP executive leadership team. Current experience of dealing with the energy transition outside the sometimes-myopic view of fossil fuel companies could be the jolt Woodside needs to determine what is next.

When Woodside’s board eventually selects a chief executive, its members will hope major investors approve.

The process has been a mess at a critical point in Woodside’s history, and investors are increasingly intolerant of boards that do not perform.

• Peter Milne is an independent journalist who spent more than 20 years in the oil and gas industry in engineering, economic analysis, and commercial negotiation roles.