Energy giant Woodside Petroleum is considering growth opportunities in Papua New Guinea, announcing today it was evaluating a takeover offer for Oil Search through an all-scrip deal valued at more than $11 billion. 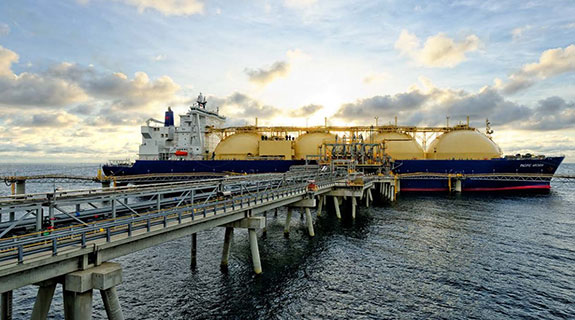 Energy giant Woodside Petroleum is considering growth opportunities in Papua New Guinea, announcing today it was evaluating a takeover offer for Oil Search through an all-scrip deal valued at more than $11 billion.

Confirming recent speculation that it was looking at a move on Oil Search, Perth-based Woodside said its non-binding proposal would offer one share for every four shares held in Oil Search.

With Woodside shares trading at $30.58 when the proposal was announced, the deal would be worth $11.6 billion.

The market seems to be betting that Woodside will be forced to lift its offer, after bidding up Oil Search’s share price by 17.7 per cent to $7.92.

Woodside believes the value of its offer should be based on share prices leading up to August 27, before market speculation about a possible takeover offer was reported in the media.

Using volume-weighted average share prices in the three months to August 27, the Woodside offer was at a 23.3 per cent premium.

The majority of Oil Search’s assets are located in PNG, where it holds a 29 per cent stake in the 6.9 million tonnes per annum PNG LNG project, which is being operated by ExxonMobil.

It also has interests in, and operates all of, PNG’s producing oil fields.

The deal is subject to a number of conditions, including Woodside gaining regulatory approval from the PNG government, which holds a 10 per cent stake in Oil Search.

“The proposal is consistent with Woodside’s strategy of delivering superior shareholder returns by maximising the value of our core assets, leveraging our capabilities and growing our portfolio,” Woodside said in a statement.

Oil Search said there was no guarantee that a binding proposal would be agreed between the two companies.

“While Oil Search will consider the proposal, it should be noted that the company has a material equity position in the world class PNG LNG project and attractive, low-cost LNG development opportunities,” the company said.

“This, combined with the company’s low operating cost producing assets, reserves upside, significant discovered resources and extensive and high-quality exploration acreage position, provide substantive scope for capital growth and position the company to capitalise from a recovery in the oil price.

“Oil Search shareholders are entitled to an offer which adequately reflects this value potential.”

Woodside’s acquisition of Oil Search's assets would add to the company’s portfolio of projects purchased from other companies in the past year, including Apache Corporation’s interests in the Wheatstone, Balnaves and Kitimat projects for about $US3.76 billion.

Woodside's proposed acquisition of Oil Search comes as it evaluates the future of its Browse LNG project in the North West Shelf, on which it will make a final investment decision by the end of next year.

Oil Search is based in Sydney but its managing director, Peter Botten, is based out of Perth.

Woodside is being advised by Merrill Lynch, Gresham Partners and Herbert Smith Freehills on the acquisition, while Oil Search has appointed Morgan Stanley as financial adviser and Allens as legal adviser.