The state government expects to reap inabout $1 billion in revenue after signing a development agreement with the Woodside Petroleum-led Browse consortium to supply 800 perajoules of gas to the domestic market. 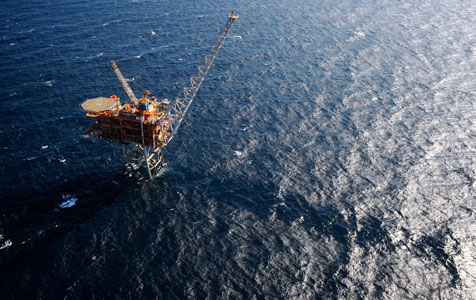 The state government expects to reap about $1 billion in revenue after signing a development agreement with the Woodside Petroleum-led Browse consortium to supply 800 petajoules of gas to the domestic market.

Premier Colin Barnett said it was the first time the state’s domestic gas policy would be applied to a floating liquefied natural gas project.

However, the Browse consortium will not be forced to sell gas to the domestic market just yet, as the two parties are yet to reach mutually acceptable terms.

Under the agreement, the joint venture has committed to reserve gas equivalent to 15 per cent of total production from the state’s share of the Torosa reservoir, one of three gas fields that make up the project.

“The domestic gas obligation will coincide with first production from Torosa and amount to around 800 petajoules over the life of the project, helping to secure the state’s energy future,” Mr Barnett said.

That equates to approximately 60 terajoules per day, and compares to the total supply to the domestic market of 980 TJ in 2014.

The state royalties are estimated at more than $1 billion over the life of the project.

In addition, the joint venture has committed to the development of an integrated supply chain in Western Australia to provide port, marine, aviation, storage and transport services over the life of the project.

Mr Barnett said the supply chain would consist of a primary operations base in Perth, as well as support locations in the north-west.

“While the state government would still prefer this project to be developed onshore, this agreement ensures that the project will deliver benefits to the state in terms of domestic gas and opportunities for local businesses and workers,” he said.

Mr Barnett said it also cleared the way for the extension of the retention leases covering the project fields, and provided the Browse joint venture with certainty as it heads towards the front-end engineering and design phase.

“The joint venture has committed to providing full, fair and reasonable opportunities for local industry participation, including for Aboriginal businesses and employment,” he said.

The joint venture will make its final investment decision in 2016.

“In what is now a new investment climate, the government should be looking to reduce the cost and regulatory burden on LNG projects if it wants to attract investment,” Mr Ellis said.

“Instead, it continues to do the very opposite by imposing a gas reservation policy that simultaneously acts as a tax on gas production and a subsidy on gas consumption.”

“The reality is the policy is not needed to deliver energy security because, as the Independent Market Operator advised last year, WA’s domestic gas market is already well supplied into the future."

In contrast, the DomGas Alliance, which represents gas buyers, welcomed the agreement but called for full details of the arrangement to be made public.

Alliance Executive Director Matt Brown said the deal is another example of the domestic gas reservation working for the people of WA.