Woodside has for the first time confirmed the high cost of its shelved James Price Point gas project, though the figure it has released is not directly comparable to the construction cost estimates for other LNG developments like Chevron’s larger Gorgon development on Barrow Island. 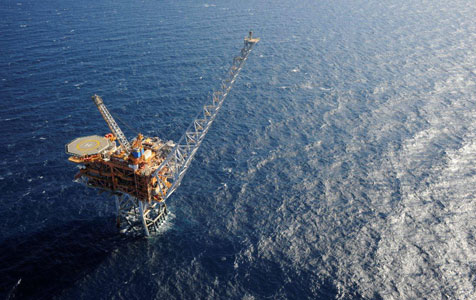 Woodside has for the first time confirmed the high cost of its shelved James Price Point gas project, though the figure it has released is not directly comparable to the construction cost estimates for other LNG developments like Chevron’s larger Gorgon development on Barrow Island.

Woodside announced in April that it would not proceed with the Browse LNG development at James Price Point because the high cost meant it would not be commercially viable.

Since then, it has declined to provide a final cost estimate, but in an opinion piece published in The West Australian today, Woodside’s vice president corporate affairs Roger Martin said the James Price Point option would have cost “more than $80 billion”.

This figure is understood to include both the up-front construction cost and the expected capital expenditure over the estimated 40-year life of the project; a breakdown between the two components has not been released.

Mr Martin quoted the $80 billion figure to help justify Woodside's decision to scrap the land-based LNG plant at James Price Point in favour of an alternative development concept, that involves the construction of floating LNG vessels.

Woodside could develop up to three FLNG vessels to commercialise the Browse gas fields - Torosa, Brecknock and Calliance – which are located 450km offshore Broome.

This decision has attracted criticism from premier Colin Barnett and the DomGas Alliance, who are worried about the loss of Browse gas to the domestic market and the loss of local jobs during the construction phase.

It is likely that floating LNG vessels will be built in Asian shipyards, as Shell is doing with its industry leading Prelude development.

The proposed James Price Point LNG plant, to be built on the coast just north of Broome, was designed to have annual production of 12 million tonnes of gas.

That would have made it substantially smaller than the Gorgon development, which will have annual production of 15.6mtpa.

Chevron announced last week a second increase in the Gorgon budget, lifting construction costs to US$54 billion (A$60 billion). As per normal industry practice, this does not include life-of-project capex.

Gorgon is almost 75 per cent complete after four years of construction on the Barrow Island nature reserve. Logistical challenges on Barrow Island have been cited as one of the contributors to the cost escalation.

Other LNG projects under construction include Gorgon’s Wheatstone development near Onslow, which will have annual output of 8.9mtpa and is budgeted to cost A$29 billion during construction.

Inpex’s Ichthys project, which involves the piping of gas from the Browse basin to a new LNG plant at Darwin, will have annual output of 8.4mtpa and cost US$34 billion during construction.