Woodside Petroleum managing director Peter Coleman has sketched out plans to convert the two LNG plants on the Burrup Peninsula into an integrated processing hub that would take gas from the Browse Basin and other undeveloped fields off the Western Australian coast. 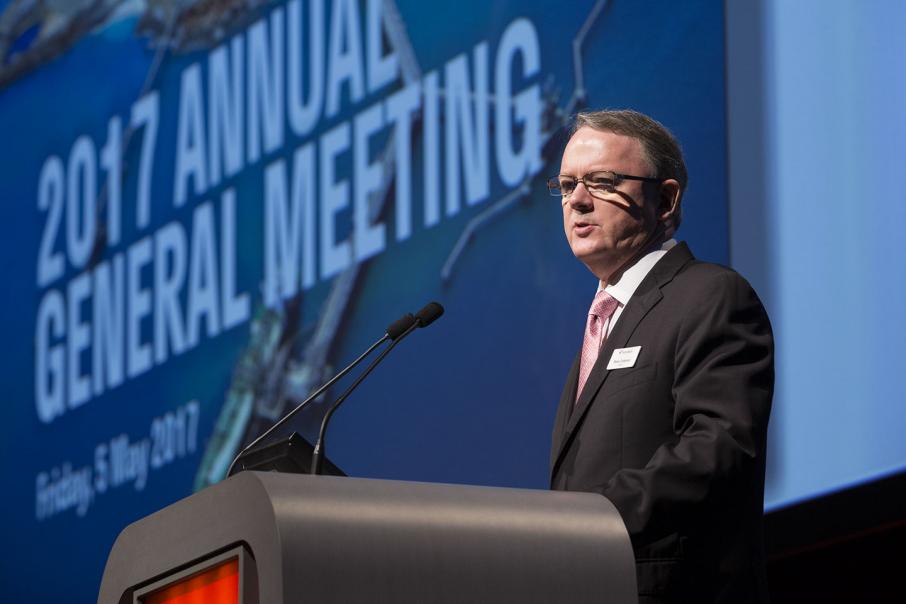 Woodside Petroleum managing director Peter Coleman has sketched out plans to convert the two LNG plants on the Burrup Peninsula into an integrated processing hub that would take gas from the Browse Basin and other undeveloped fields off the Western Australian coast.

Mr Coleman told journalists today he was more optimistic now about the future of the North West Shelf and Browse than he had been for some time.

Speaking after the company’s annual meeting, he updated plans to pipe gas from the Browse Basin to the North West Shelf venture’s existing LNG plant near Karratha.

“What we’ve ended up with, essentially, is an offshore gas development with a long pipeline,” Mr Coleman said.

“The pipeline is about 30 kilometres shorter than the Ichthys pipeline to Darwin, so we know its achievable.”

Mr Coleman said this development concept was big, but used proven technology and would benefit from a competitive supply chain, in contrast to earlier work on a floating LNG plant.

He suggested first gas from Browse could enter the North West Shelf plant from the mid 2020s, coinciding with a forecast supply crunch.

Mr Coleman also explained that the North West Shelf venture was seeking to process gas from other undeveloped fields, including Scarborough.

That opportunity would be pursued in tandem with commercial negotiations with the Browse joint venture.

“The North West Shelf joint venture is preparing itself to offer a processing fee or toll to a number of joint ventures, hopefully that will be done by the end of June,” Mr Coleman said.

“It will be basically three or four joint ventures out there that have undeveloped resources.

“Then the Browse joint venture will need to compete, and present a compelling case for North West Shelf to pick it up.

“My view is Browse is extremely competitive in that.”

Mr Coleman said he was quite optimistic about reaching agreement from all the Browse joint venturers.

“I’m more positive than I have been in a long time,” he said.

Mr Coleman said the initial goal was to sustain production at the NWS plant, but longer term he has broader goals.

“By the mdi 2020s we believe there will be enough spare capacity in that plant to support a fairly major LNG project,” he said.

“Separately Woodside has been looking at expansion opportunities at Pluto, whether that’s small scale or mid scale, to be able to attract some of that gas.

“We’ve also been looking at opportunities to put tie lines between the plants, to share gas.

“You can see now we’re taking a whole-of-basin view, which is why we’ve really focused on calling it the Burrup Hub.”

Mr Coleman said the opportunity was helped by the fact Woodside was operator of both the NWS and Pluto LNG plants, which are co-located on the Burrup Peninsula, and the Browse gas project.

Shell, BP, Mitsubishi and Mitsui are joint venture participants in both the North West Shelf and Browse projects.

Speaking earlier to shareholders, Mr Coleman said Woodside was aiming for a 15 per cent increase in production from 2017 through to 2020 based on existing operations and currently sanctioned projects.

"You will hear us talk a lot about Wheatstone, Senegal, Myanmar and Pluto," he said.