Energy giant Woodside Petroleum has bolstered its board with the appointment of a former Shell executive, while Dacian Gold has welcomed a prominent lawyer to its board. 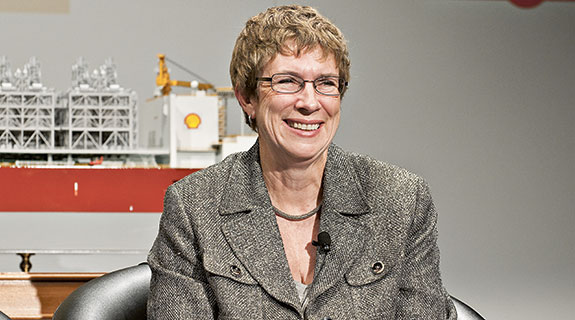 Energy giant Woodside Petroleum has bolstered its board with the appointment of a former Shell executive, while Dacian Gold has welcomed a prominent lawyer to its board.

Woodside announced today it had appointed Ann Pickard to the board as an independent non-executive director.

Ms Pickard left Shell earlier this month after 15 years in various roles, including executive vice-president, Arctic, where she was responsible for Shell’s Arctic exploration work.

Ms Pickard had also served as executive vice-president for Shell’s exploration and production business and country chair in Australia.

Prior to her tenure at Shell, she spent 11 years at Mobil before its merger with Exxon (now called ExxonMobil).

“The directors are delighted that we have been able to attract a person of Ms Pickard’s background and experience to the company’s board,” Woodside chairman Michael Chaney said in a statement.

Meanwhile, the board of Dacian Gold has appointed corporate lawyer and company director Ian Cochrane as an independent non-executive director.

Mr Cochrane, who is also chairman of VOC Group and deputy chairman of mining services firm Ausdrill, Wright Prospecting and Ardross Estates, was one of the country’s leading merger and acquisition lawyers until his retirement from law practice in 2013.

Dacian chairman Rohan I Williams said the company was pleased to have Mr Cochrane join its board.

“For many years, Ian had a highly distinguished career as one of Australia’s top commercial M&A lawyers,” he said.

“He brings an extraordinary depth of commercial and corporate experience, business acumen and a broad contact network that will be invaluable to Dacian as we make the transition from explorer and developer to producer over the next two years.”