WA is leading the charge in the growth of small business owners, and fresh research shows more women than men are out in front. 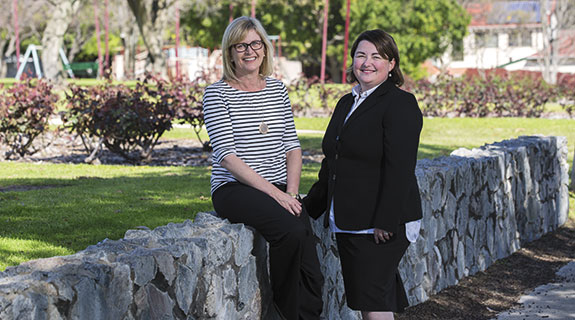 Women are increasingly the drivers of small business growth across the nation, with the number of women running SMEs up during the past decade as the male cohort in the sector falls.

So it is fitting that two women were behind the state’s first small business day, celebrated on July 11 this year in recognition of the more than 210,000 small businesses that operate in Western Australia.

With a budget of a few hundred dollars and a team of volunteers, Nicolle Jenkins and Kitty Prodonovich garnered the support of more than 120 peak industry associations representing small businesses.

This included 42 regional chambers of commerce and industry as part of a Small Business Matters campaign, which encouraged people to buy something from a small business.

Ms Jenkins, who is the managing director of small business The Hub Marketing Communications, and Ms Prodonovich, CEO of the Regional Chambers of Commerce and Industry of WA, said they were inspired to set up the initiative because the contribution of small businesses was too often ignored.

“Small businesses constantly fly under the radar because we are spread across WA. We operate across all industries and are out there getting the job done. Due to this diversity, we often don’t have a united voice,” Ms Jenkins said.

Ms Prodonovich said the campaign, which involved providing marketing material for small businesses to engage with customers, had garnered support from local shoppers, and state and federal small business ministers.

With messages like ‘spending $10 extra a week in a local small business will generate more than $1 billion for the WA economy’, and a video emphasising small business as the engine room of the economy, Ms Prodonovich said she was pleased to see the day had increased the profile and awareness of WA’s small business sector.

According to Bankwest’s latest business trends report, WA has led national growth in the past financial year, with business owner numbers in the state increasing by 5.8 per cent to 133,600.

This business ownership growth was driven by agriculture, forestry and fishing, professional and scientific services, and administrative and support services.

WA was also one of only two states (Tasmania being the other) to increase cafes, restaurants and take-away outlets compared with a national decline of these types of businesses of about 10 per cent.