Wolf Minerals has arranged final funding for construction of its Hemerdon tungsten and tin project in England after agreeing to a discounted share placement. 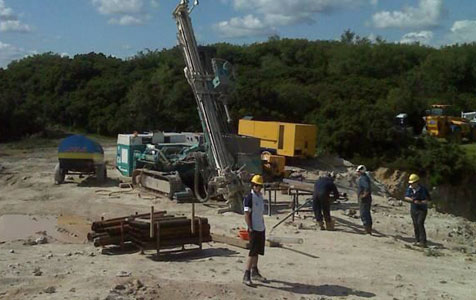 Wolf Minerals has arranged final funding for construction of its Hemerdon tungsten and tin project in England after agreeing to a discounted £99 million ($183 million) share placement.

Perth-based Wolf told the market it had agreed to issue about 608 million shares at 30 cents per share, which represents a 33 per cent discount to the company's 20-day volume weighted average price as of last week.

The company also plans to raise a further $2 million through a share placement plan at the same issue price.

Wolf said the funds would allow it repay its $US75 million bridge finance facility with major shareholder Resource Capital Fund and to fulfil its capital expenditure requirements on the Hemerdon project, while also providing ongoing working capital and producer shortfall guarantees.

RCF and Wolf's other major shareholder, Todd Corporation, have agreed to subscribe for a combined 488 million shares.

This will lift RCF's stake in Wolf as high as 41.8 per cent, while Todd's stake will increase to up to 32.5 per cent, depending on the uptake of the share placement plan.

In addition, the company has issued 120 million shares under a placement, jointly maanged by Patersons Securities, Numis Securities, Investec Bank and Petra Capital.

"We are delighted with the success of the fundraise and thank all participants for their support," Wolf managing director Russell Clark.

Completion of the capital raising is conditional upon conditions including shareholder approval at an extraordinary general meeting, expected to be held in May.

Wolf announced in January a substantial increase in capital and operating costs for the Hemerdon project, which is now budgeted to cost $230 million to develop.