Wolf gets the capital despite tough market 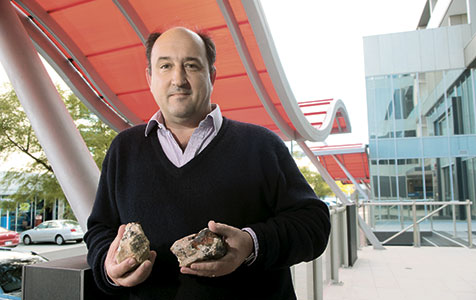 BACKING: Humphrey Hale says the company has had to work hard to secure funding for its Hemerdon tungsten project in England. Photo: Bohdan Warchomij

Wolf Minerals is planning to mine an obscure commodity in an unusual location, but has still been able to raise $212 million by tapping just about every funding source available.

Most chief executives dream of the day when a wealthy investor knocks on their door unannounced and offers to back their company.

Wolf Minerals is one company where this happened.

It was a Christmas present for chief executive Humphrey Hale when New Zealand's Todd Corporation agreed last December to take a 20 per cent stake in his company.

"They knocked on our door and said: 'Mr Hale, we'd like to talk to you about an investment in Wolf'," he recalled with a smile.

"They were absolutely superb to work with, an intelligent group who knew how to evaluate things and we had an easy time of that process."

The Todd deal was one of many critical moments in Wolf's six-year history, which has taken it from a small IPO in 2007 to now developing its Hemerdon tungsten project in England.

Curiously, Wolf has also won backing from the German government, even though it's an Australian company with a mining project in England.

It certainly has not been an easy ride. During the GFC, nobody was interested in listening to Wolf's story, let alone tipping in money, forcing the company to lay off staff and the directors to take pay cuts.

Even though Wolf has started development at Hemerdon, with an engineering contractor and a mining contractor both appointed, it still has not completed its funding challenge.

The company needs to refinance a $US75 million bridging loan next year and Mr Hale believes he is doing everything possible to make that capital raising achievable.

Wolf listed on the Australian Securities Exchange in 2007, based on tin and tungsten projects in NSW. Five months later it acquired the Hemerdon project in southern England.

"Being in Perth you are in the melting pot of that entrepreneurial spirit," Mr Hale said.

"Many companies look around the world for good projects. Being in Perth gave me that can-do attitude."

The company progressed fairly smoothly until the GFC hit, when Mr Hale found himself battling to raise money – just like many of his peers in the current market.

An introduction to RCF led to the private equity group teaming up with Traxys to invest an initial $4 million, to fund completion of Wolf's feasibility study.

The RCF deal was one reason Wolf won backing from Todd, a family business that is diversifying into specialty metals.

"One of the things that attracted Todd was RCF being involved. Todd is quite new to this market and RCF has been doing it for a long time," Mr Hale said.

RCF, Traxys and Todd hold a combined 65 per cent shareholding in Wolf and so far have indicated a desire to maintain their equity position.

That gives Mr Hale some comfort when he thinks about raising $US75 million next year to refinance the bridging loan.

He believes the progress at Hemerdon will also de-risk the business, making it more appealing to investors.

Wolf has made it this far only after securing backing from a handful of international banks and off-take partners.

That was challenging because tungsten does not offer the hedging opportunities available in other commodity markets.

"There is only a handful of banks that are interested and capable of funding a tungsten project," Mr Hale said.

"We went to see all the banks that do project mine finance.

"A large proportion said no because you don't have any hedging.

"The remainder went OK and then one of them went broke, another said we're not funding new projects and another said its fine but our risk department said we don't want to do tungsten.

"That left three and we've signed up all three.

"That position was only available to us because we had set up this architecture with the off-takers who had skin the in game and there is only a handful of off-takers who can deal with this scale, and we've got them."

The debt funding came together only after a major change of plan.

"Our initial plan was to have senior debt supported by subordinated debt, provided by the off-take partners," Mr Hale said.

"That didn't go the way we thought it might, the off-takers had a different view.

"So we changed tack and ultimately ended up with a senior debt of 75 million pounds supported by a German government bank guarantee.

"We qualify because we supply raw materials, tungsten, for German industry through the off-take partners."

It took Wolf two years from completing its definitive feasibility study to finalising loan agreements with the banks – about twice the time Mr Hale had anticipated.

Another unplanned step that Wolf pursued was a listing on London's AIM market.

"It has some unusual rules, it's a very different way of doing business," he said.

"But because the project is in the UK, it gets natural press and it attracts new investors."

Mr Hale said about 10 per cent of the company's stock was now held by UK investors, who had bought the stock on market.

"That has brought an extra market and extra liquidity to us," he said. 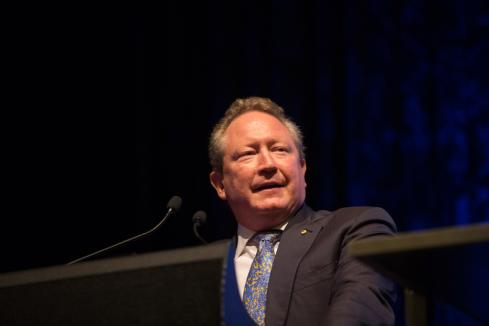 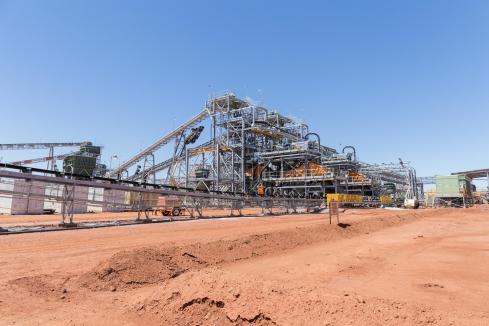 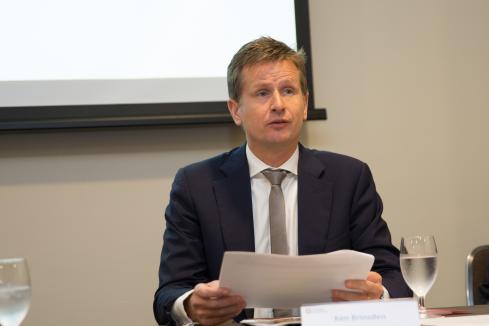 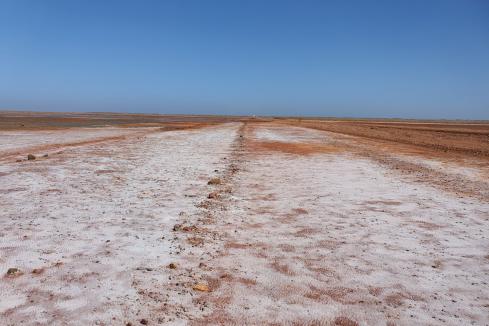