A new services hub backed by the Wirrpanda Foundation and $10 million of government funding aims to fill market gaps for indigenous businesses. 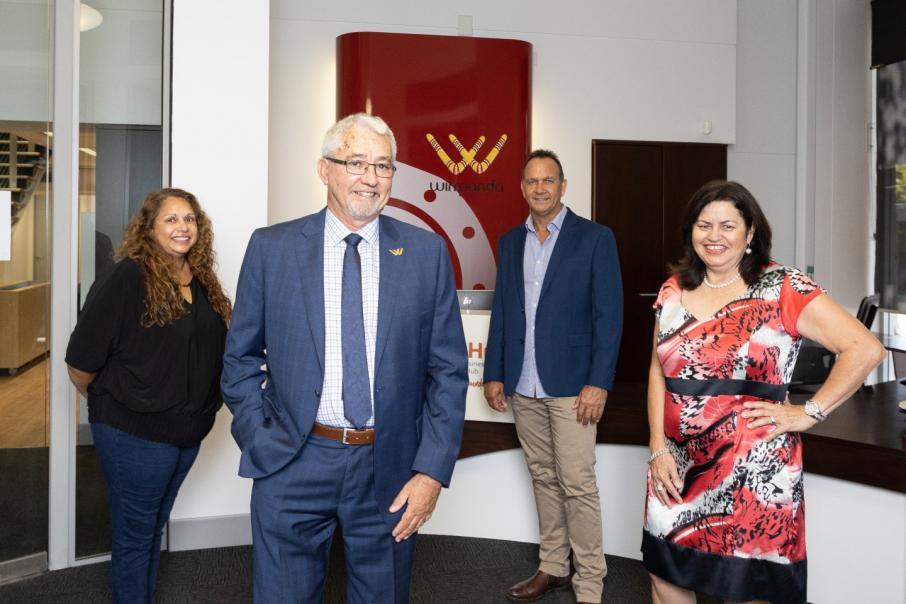 Eight months after securing $10.3 million in funding from the federal government, the Wirrpanda Foundation is set to open its indigenous business and employment hub.

The new service, which will trade as Wirra Hub, is designed to help indigenous businesses take advantage of a growing number of commercial opportunities.

“If you increase the involvement of Aboriginal and Torres Strait Islander people in business, that’s going to have a multiplier effect on families, communities, employment,” Mr Devitt said.

The hub is not designed to assist individuals find employment, however, with Mr Devitt saying there were other groups – including the Wirrpanda Foundation – already doing that.

Instead it will focus on bolstering indigenous businesses and liaising with big companies and contractors, helping them make connections so they can maximise Aboriginal employment.

Mr Devitt said the scale of the indigenous business sector was recently quantified by consulting firm Keogh Bay, which found there were 767 active Aboriginal businesses in Western Australia.

One of the key growth drivers has been contracting opportunities in the resources sector, particularly in the Pilbara.

Another has been the federal government’s Indigenous Procurement Policy (IPP).

Mr Devitt said the Wirra Hub was aiming to fill gaps in the market, starting with physical space that could be booked for offices, meetings and training seminars.

Its premises in Burswood, officially opened this month by Minister for Indigenous Australians Ken Wyatt, aims to plug that gap.

“There is also a need, especially in WA, for tender-writing support and prequalification support, that’s one of the biggest gaps,” Mr Devitt said.

In addition, the hub will assist indigenous businesses with business development and gaining access to finance.

It is aiming to have staff from multiple service providers co-located with the hub, including Indigenous Business Australia, microfinance group Many Rivers, and the Small Business Development Corporation.

Mr Devitt said service providers would be invited to conduct training in the hub, which would also be a one-stop shop for information on funding, grants and government services

“Another area that some Aboriginal businesses thought was a high priority was advice on mergers and acquisitions or joint ventures,” he said.

“But then we have the issue of black cladding that comes out.”

Black cladding covers a range of practices, including where indigenous owners have little or no say in the management of their joint ventures.

It also covers situations where indigenous joint ventures win contracts but the work is undertaken by the parent company.

“There is a high perception of an increasing incidence of black cladding on a wide variety of contracts,” Deloitte concluded.

The Deloitte review said another issue was the limited education and English language skills of many indigenous people, especially in remote areas.

It also found a perception there had been a shift away from longer-term, higher-value contracts, which made it harder for indigenous businesses to employ more people and commit to training.

The three-year funding agreement for the hub is a major boost for the Wirrpanda Foundation, which reported total revenue of $6.4 million for the year to October 2018, for its training and mentoring programs.

The opening of the Hub coincided with Fortescue Metals Group announcing the extension of its waste management services contract with PTK Environmental Services, an Aboriginal business owned and operated by Palyku member Tammy O’Connor, for a further five years.

This brought the total value of contracts and subcontracts awarded to Aboriginal businesses and joint ventures by Fortescue to $2.5 billion since the program began in 2011.

During the latest half-year, Fortescue has awarded $258 million in new contracts to 16 Aboriginal businesses.