ANALYSIS: Worldwide demand for lithium is rising and more than 20 companies in WA are on board for the ride. 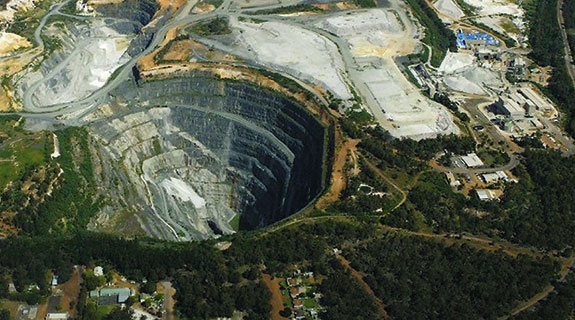 SUPPLY: The Greenbushes lithium mine produces 60,000t of LCE a year, about 30 per cent of the world’s annual demand. Photo: Albemarle

ANALYSIS: Worldwide demand for lithium is rising and more than 20 companies in WA are on board for the ride.

The world wants Western Australia’s lithium to fuel an electric car and power storage revolution, but whether a stock market boom turns into a mine-development boom depends on the quantity required, the price, and the competition.

In other words, the evolving supply and demand equation looks good today as the popularity of electric cars and solar power (with its need for battery backup) grows. But it could look quite different tomorrow if lithium production surges, flooding the market – as has happened with iron ore, coal and oil.

Right now it’s a case of enjoy the ride as more than 20 small-to-medium exploration and mine development companies rush around the WA outback, trying to catch a skyrocketing price for lithium, which has been dubbed ‘the white petroleum’ thanks to its energy storage credentials.

Talk of a value-added lithium processing industry to turn local ore into battery-grade material has even surfaced, though given the long-list of failed value-adding attempts with other minerals, the chance of WA becoming a global lithium battery powerhouse is limited.

Manufacturing finished metal products, such as steel and aluminium, is handled better by factories close to the end user, and with lithium that means China, Europe, and the US.

Mining spodumene (the ore of most lithium) and a touch of upgrading to a concentrated product is where lithium will stop in WA; and while that might sound disappointing, there is no doubting today’s high level of demand for lithium in any form.

Over the past eight years the price of lithium carbonate equivalent (LCE) – the most common way in which the ultra-light metal is generally traded thanks to its capacity to self-combust on exposure to air or water – has risen from around $US2000 a tonne to more than $7,000/t with recent trade reports of sales at more than $10,000/t.

The rapid rise is itself becoming a threat to lithium because of the impact it has on the price of an electric car, which in the case of the Tesla uses 50 kilograms of lithium in its batteries.

The price is also a guide to the current shortage of LCE, which has traditionally be used in the manufacturer of glass and small portable batteries (such as those in your mobile phone), as well as for the medical treatment of bipolar disorder.

The development of big batteries such as those used in vehicles, or even for the storage of electricity in a national grid, is what’s really pushing lithium to new heights and lies behind the stampede into local stocks such as Pilbara Minerals, Neometals, Altura Mining, Galaxy Resources and General Mining Corporation.

Some of those companies have been transformed almost overnight from the status of penny dreadful into the ranks of mid-tier miner with a market value approaching $500 million.

As welcome as those percentage price movements are from low bases they largely reflect exploration optimism, as Galaxy and General Mining are the only local ASX-listed companies currently producing lithium. 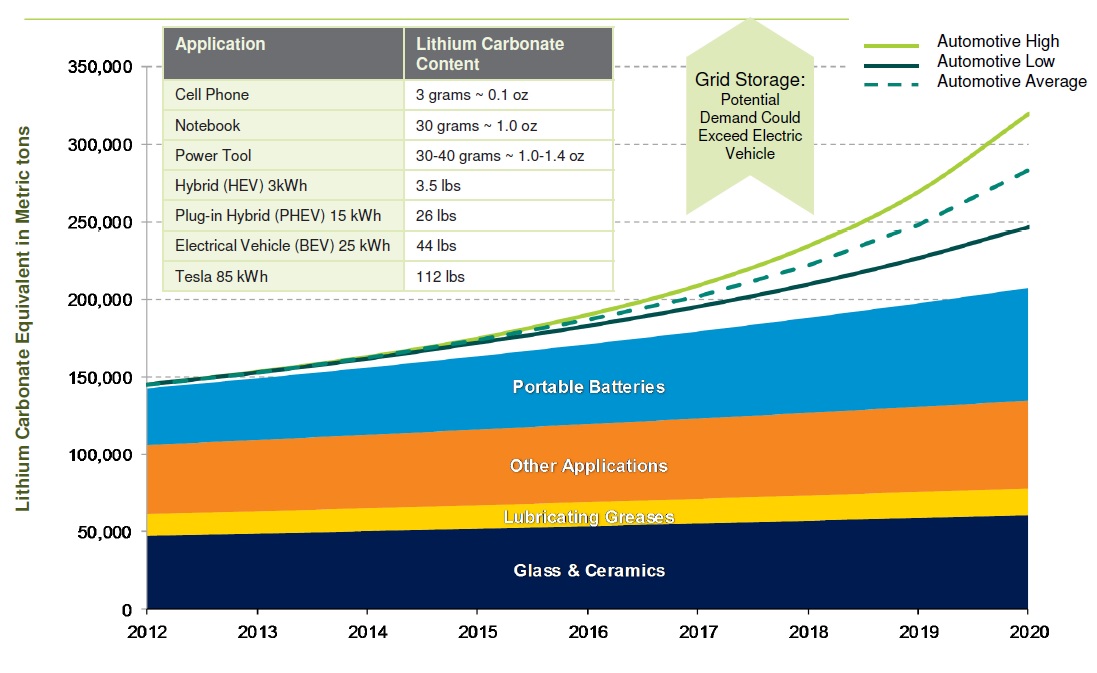 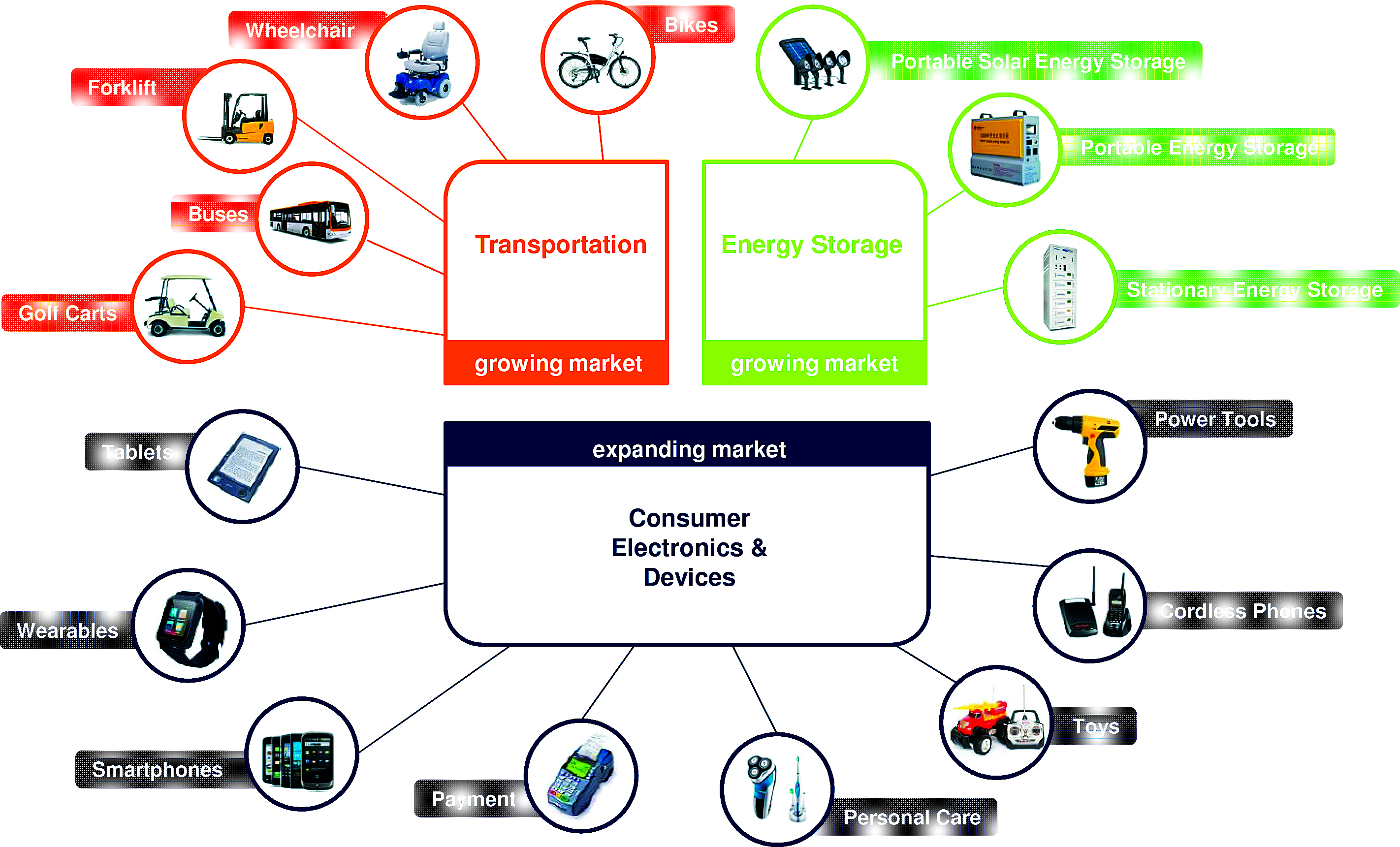 Nationally, another lithium star called Orocobre has started producing at its Olaroz mine in Argentina. Its share price has risen by 130 per cent to $3.08, which is less than the WA-focused stocks but important for another reason.

Orocobre is an example of the opposition WA lithium hopefuls will face, because it is extracting the metal from an old salt lake where the lithium has been deposited after being washed down from the Andes Mountains.

South America has many dried salt lakes rich in lithium; and while the production route is different, the ore grade lower and risk of flooding quite high – most of the end product is lithium carbonate.

With a growth projection like that it might seem theoretically possible for all of WA’s lithium hopefuls to succeed; but the reality will be something different, as it was with the magnesium boom of 20 years ago and the rare earths boom of 10 years ago.

To understand why the current conditions for lithium can be likened to a case of make hay while the sun shines, consider the position of Australia’s biggest (but almost forgotten) lithium mine, and the ambitions of one of its co-owners.

Greenbushes, a mine located near Bridgetown in the state’s South West, is already the source of around 60,000t of LCE a year, an amount equivalent to about 30 per cent of the world’s annual demand.

What’s even more impressive, if not daunting, is that the 49 per cent owner of Greenbushes, Albemarle Corporation of the US, has identified the mine as part of its strategy to capture 50 per cent of future global growth in lithium demand.

Albermarle, a New York Stock Exchange-listed maker of specialty chemicals with a stock market value $US7 billion, has singled out lithium as a significant growth area, which is why it acquired a stake in Greenbushes to work alongside the mine’s 51 per cent owner China’s Chengdu Tianqi through the jointly-owned Talison Lithium.

Albemarle praised the outlook for Greenbushes in a presentation to a Goldman Sachs investment conference in Texas last month, noting it had lithium reserves to last 50 years and the world’s highest grade of any hard-rock mine, with ore averaging between 2.8 per cent and 3.3 per cent lithium.

The American company also its own salt lake (or brine) sources of lithium in Chile and the US and plans to position itself to be a world leader in lithium because it recognises the same opportunity for growth as WA’s small explorers and emerging producers.

Like Orocobre, Albemarle reckons lithium demand is growing at around 10 per cent a year. A graph used at the Goldman Sachs conference showed three potential growth paths based on the rate at which electric car demand expands.

It also highlighted the declining cost of lithium-ion batteries, which have fallen at a rate of 14 per cent a year for the past 15 years.

For lithium enthusiasts, the outlook is the brightest of any metal, with environmental pressure on car use in big cities pointing to a rapid rise in the use of electric vehicles while supplies of lithium are tight.

It is a situation inviting a supply response, and that’s coming; perhaps not in time to effect a boom in WA’s lithium stocks this year, but it will be a supply response that will prompt big mining and chemical companies to push their way into the industry.

Albemarle is an example of a big company forming a view at board level that lithium is to be one of its future profit drivers.

Rio Tinto might be next, and anyone familiar with WA’s iron ore industry will know what happens when a big miner commits to an expansion program that can undercut smaller rivals.

The lithium project on Rio Tinto’s radar screen is Jadar in Serbia, a potential future mine that has reached the pre-feasibility stage, and which if developed could supply 20 per cent of the world’s lithium.

If Jadar is developed the lithium picture changes completely, because that 20 per cent plus the 30 per cent already commanded by Greenbushes means that just two mines could account for 50 per cent of global lithium demand.

Pilbara Minerals, the most advanced of the new crop of WA lithium producers, reckons it could supply 48,000t tonnes of LCE a year, or more than 20 per cent of this year’s forecast demand. If delivered, this might mean three mines accounting for 70 per cent of the market – and that’s before allowing for other existing producers and potential startups.

What an analysis of lithium supply and demand shows is that demand today is outstripping supply, with a price that is acting like a magnet for company promoters and serious lithium-mine developers.

But, as supply rises, the price will stabilise and probably fall, which is why there is a rush to get into production before a window of opportunity closes. 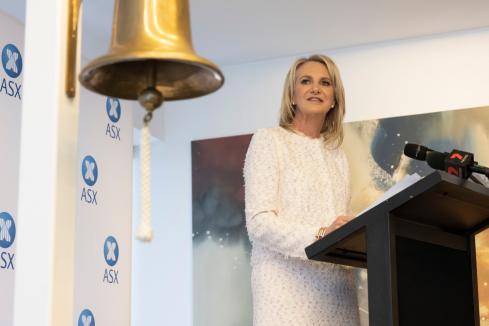