Wind up order for William Buck holding company in WA

The holding company of South Perth accounting firm William Buck (WA) has been ordered into liquidation by a Perth judge, following a lengthy dispute with a former director.

Supreme Court Justice Kenneth Martin ruled today that William Buck Holdings had infringed section 232 of the Corporations Act by engaging in unfairly prejudicial and oppressive conduct towards a member of the company.

The Corporations Act allows courts to wind up companies in instances where they have been found to have breached section 232 but it is considered to be reserved for extreme instances.

Despite the wind-up order, William Buck said that it was business at usual for the firm which provides a wide variety of accounting services.

Justice Martin said he recognised that ordering the winding up of a company was an option of last resort but was reluctantly driven to decide that it was the proper and appropriate action in the circumstances.

At the heart of the judgment was that the company had acted unfairly towards a former director, Craig Faulkner.

Mr Faulkner’s corporate trustee entity, CSF Corporate Pty Ltd, commenced proceedings against William Buck Holdings in 2011 on the basis that it had been unfairly discriminatory towards CSF as a minority shareholder in the company.

CSF had sought for William Buck Holdings to be wound up or to undertake a compulsory buy-back of CSF’s shares in the company.

Justice Martin described a serious falling out between Mr Faulkner and his fellow equity directors, which he said had been simmering for some time throughout 2011 and related in part to perceived inadequate financial remuneration following the global financial crisis.

In September 2011 according to the judgment, Mr Faulkner was given four weeks’ written notice of the termination of his employment and advised that he had been removed from office that day as a director of four corporate subsidiaries of William Buck Holdings.

Mr Faulkner was advised the next day that he was being summarily terminated with immediate effect for allegedly removing client files from his employer and making false claims about being unable to login to the William Buck computer system.

William Buck (WA) said in a statement today that its holding company would contest the appropriateness of the judgment in the Court of Appeal.

William Buck (WA) ranks as the 20th biggest accounting firm in Western Australia in Business News’ Book of Lists, with 42 staff in WA. 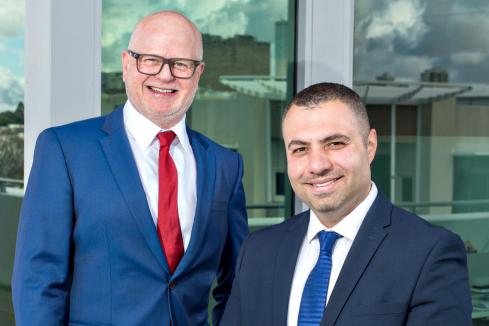