A flurry of renewable projects has connected to the grid in recent months, although the pace of development could slow. 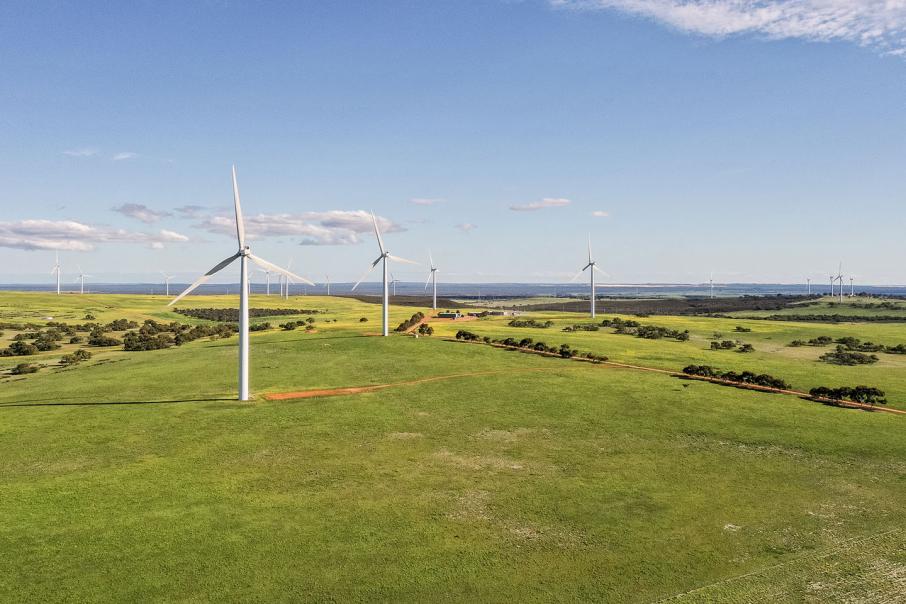 The Emu Downs wind farm has been operating since 2006. Photo: Gabriel Oliveira

Green energy has been given a big boost in Western Australia during the winter months of 2020.

More than 500 megawatts of renewable projects have been connected to the South West Interconnected System (SWIS), which services the region between Perth, Kalgoorlie, Albany and Kalbarri.

The growth in renewables was good news for independent power retailers, Advanced Energy Resources founder Luca Castelli said, including the longer-term lift in rooftop solar, which had helped reduce demand on the network during the hottest parts of the day.

“We are seeing a reduction in wholesale energy prices, which is being driven by the entry of renewables onto the system,” he said.

It means retailers are being squeezed less between the price of buying power and the (effectively) capped price of retailing it. 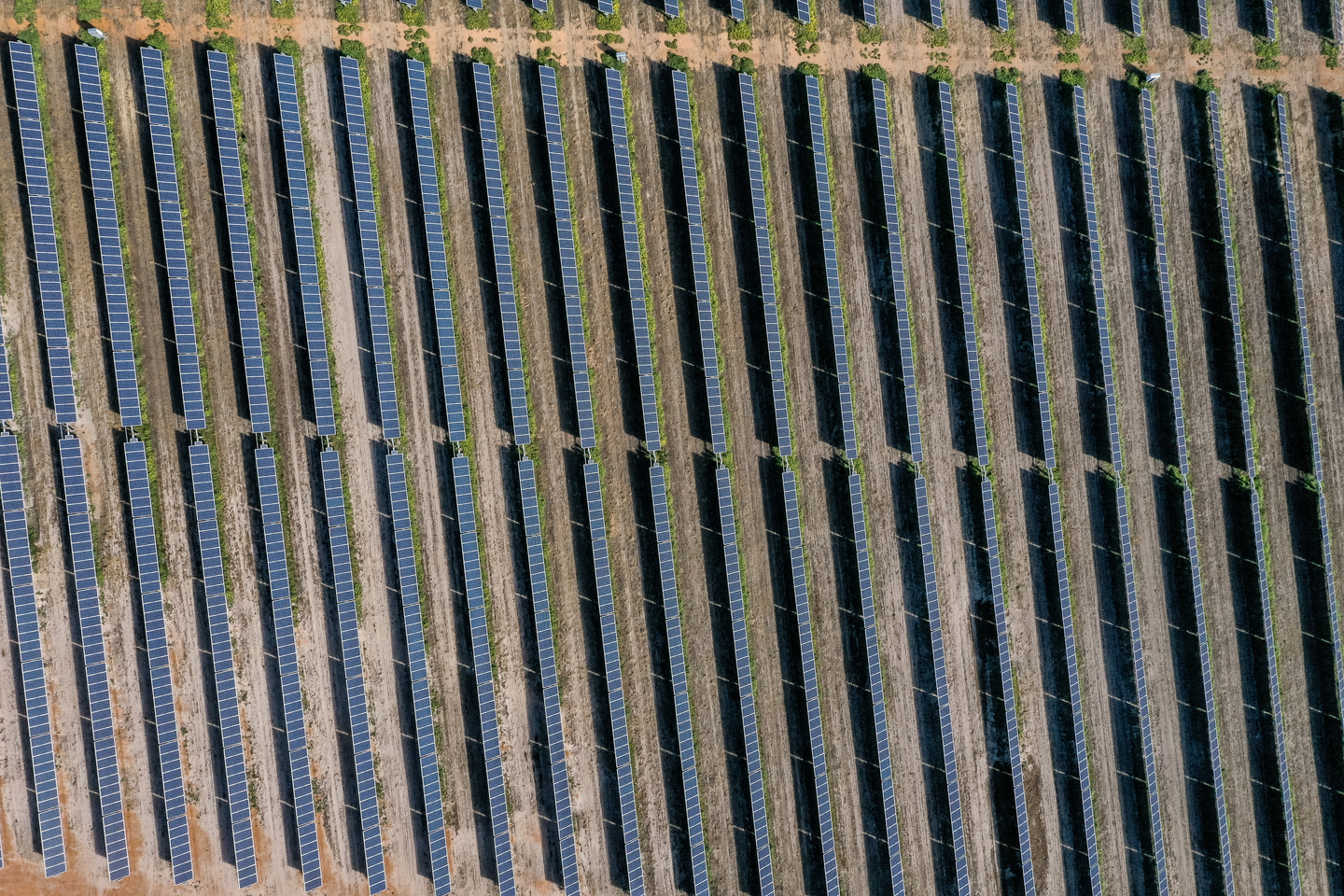 Business News has identified five projects coming online in WA, and proponents and contractors are keen to elude the hurdles interstate renewables projects faced as they ramped up.

The Mid West project has 50 turbines supplied by international manufacturer Vestas, and is in the commissioning phase.

Yandin started sending low levels of power into the SWIS in July, exceeding 50MW at times in August.

Warradarge is in commissioning, and has started contributing to the grid. Bright has also produced power from the 40MW Greenough solar farm expansion as it moves through commissioning.

The Merredin facility was built by contractor Monford Group, and general manager Ciaran Shannon told Business News the project had avoided some of the commissioning challenges that had beset solar farms on the east coast.

Mr Shannon said some contractors had underestimated commissioning times and had experienced issues connecting into grid infrastructure, particularly maintaining the correct frequency, which was an important technical factor for a functioning network.

He said the commissioning process involved testing to ensure all parts of a project hit their modelled capacity, and then worked together in operation.

Mr Shannon said Monford had taken a methodical approach to commissioning, and had collaborated with the Australian Energy Market Operator.

“The AEMO guidelines are pretty straightforward, they’re very specific in what they require,” he said.

“We had quite early engagement with [network operator] Western Power.”

Monford was tendering for four or five further renewables projects, he said, including a potential wind farm interstate.

The wind farm is on track for completion in October, Mr Frood told Business News.

“We’re in the commissioning process with Western Power and AEMO.

“We haven’t had the challenges that have eventuated over on the east.”

Osborne Park-based Decmil was among the contractors to work at the Warradarge project.

With those big projects close to completion, two waste-to-energy projects are under construction.

Acciona is building both plants, one at Kwinana (40 per cent complete) and the other at East Rockingham (early stages).

Ahead in the pipeline are two possible South Energy solar projects, at Benger and Waroona, while Westgen is planning a solar farm in Byford.

The influx of intermittent renewables and the growing uptake of rooftop solar are driving the need for improved rules to manage the grid, in addition to increasing pressure on coal.

In August last year, the state government announced it would retire the two Muja C coal units from October 2022, taking about 380MW of baseload capacity out of the SWIS.

The state government has been preparing a strategy to transition the network, intending to support storage capacity and stability as rooftop solar grows.

In late August, Business News revealed the government would close off the Renewable Energy Buyback Scheme feed-in tariff and replace it with a new scheme that pays for energy based on when it is most useful in the market.

Bright Energy’s Mr Frood said low demand and the strong uptake of rooftop solar could slow momentum for utility scale projects in the SWIS in the near term.

While one or two projects may get up, further investments might be challenging, he said.

However, the rule changes under consideration by the government would help, he added.

“I can see, until the regulatory changes come through … there could be a hiatus on [utility scale] renewable investment,” Mr Frood said.

Solar projects in particular would be challenged, because they produced power at the same time as rooftop solar, he said.

Nonetheless, Mr Frood said Bright would be running the rule over potential opportunities.

One area where growth in renewables would continue was the powering of remote mine sites, he said. (Some of these operations are highlighted in the ‘Powering WA’ map in this magazine.)

While renewables have brought benefits, there’s a challenge to ensure the grid can function effectively, including the potential for voltages to exceed safe limits on the network when rooftop solar output is peaking.

About 1,100MW of rooftop solar was installed in the SWIS by 2019, according to AEMO, which estimated it could more than double by 2030.

Almost 29 per cent of households in WA have panels on their roof. 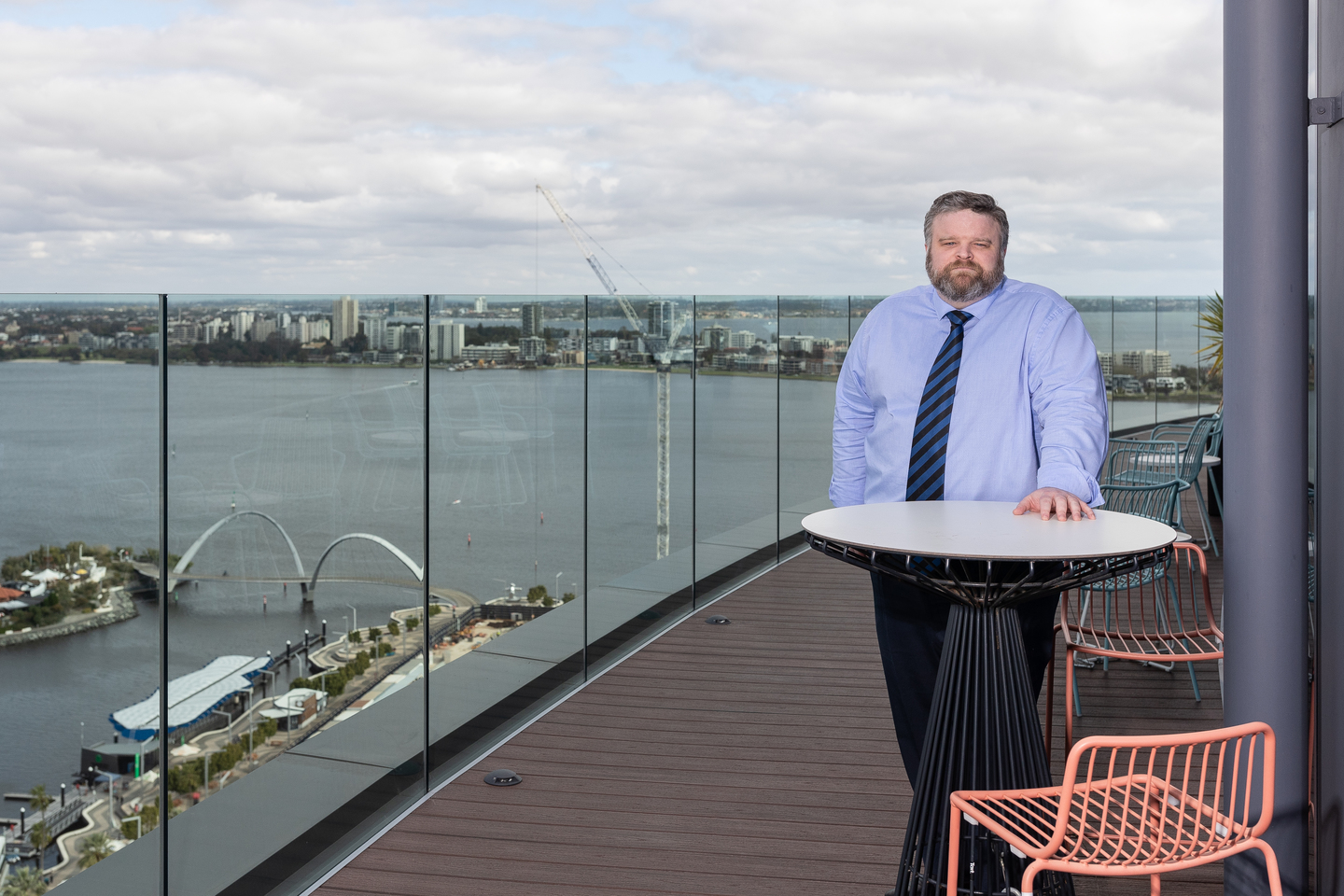 Mr O’Callaghan said reforming the market to get the right regulations would be a critical enabler for achieving net zero emissions by 2050.

A good example was Western Power’s rollout of batteries in the SWIS, he said, which supported distributed solar.

“It will almost operate a bit like lungs … or a sponge,” Mr O’Callaghan told Business News.

“[So] the network can actually expand and absorb.

“When they have too much power, soak it up, when there’s not enough, give it back.

“The need for a solid, consistent baseload becomes less acute than it was.”

Use of batteries has been flagged in network-constrained areas such as Canning Vale, Dunsborough, Ellenbrook, Kalgoorlie, Leda, Parmelia, Port Kennedy, Singleton, Two Rocks, and Wanneroo.

Another example of an increasingly innovative approach was Western Power’s 100MW challenge, Mr O’Callaghan said, which aimed to find dispatchable demand to soak up power when output was high.

He said Water Corporation’s pumps were a good example, as were household pool pumps.

Potentially, those pumps could be switched on when electricity supply was at its peak, meaning they were used when they provided most value to the market.

“We tend to do things here that are not just accepting technology from elsewhere … some of the [activity has been] absolutely world leading,” he said.

The government’s Energy Transformation Taskforce has proposed a suite of changes to the SWIS market, which in combination could have a big impact.

Among the possibilities is shifting the hub for reference prices in the SWIS from the Muja coal plant to the Southern Terminal near Murdoch where transmission lines converge, which will be more equitable for independent generators.

The taskforce has suggested the market move away from allowing portfolio bidding, where a company enters all its generators into the system as a group, potentially allowing internal cross-subsidising.

Synergy is the only business allowed to undertake portfolio bidding, with others bidding at the facility level.

“Facility bidding is required to enable the least-cost resolution of network constraints and the least-cost dispatch of generation in the market,” the taskforce said in an information paper last year.

The market should also move away from Synergy acting as the dominant provider of essential system services to help ensure reliability, the taskforce said.

And reducing trading intervals in the market from 30 minutes to five minutes would reduce reliance on the expensive ‘load-following’ generators, which were designed specifically to follow rapid demand fluctuations, the taskforce said.

Industry participants have told Business News the government was considering reducing the threshold for retail contestability from 50 megawatt hours in a year to 20MWh.

That would mean a greater number of small businesses would be able to choose a power retailer other than Synergy.

Energy Minister Bill Johnston confirmed a reduction of the threshold was under active consideration, although it had been delayed because of COVID-19.

While previous moves to reduce the threshold had been abandoned, Change Energy chief executive Geoff Gaston said it would be beneficial.

An energy retailer, Change has rapidly grown its customer base from six as at June 2017 to 57 last June, according to Economic Regulation Authority data (see list, page 21).

Eligibility was now determined by power usage by an ABN, rather than at a building level, he said.

“That has opened up a few other sites to contestability already,” Mr Gaston said.

One challenge, however, was the need for customers using independent retailers to install a smart meter, costing about $1,000, which he said may outweigh the benefit for smaller customers switching.

Smart meters will measure electricity consumption in short intervals, rather than in aggregate, a change necessary if the price varies across the day.