ASX-listed Tilt Renewables, which owns a wind and solar project in Western Australia, has been fined for contravening performance standards in South Australia. 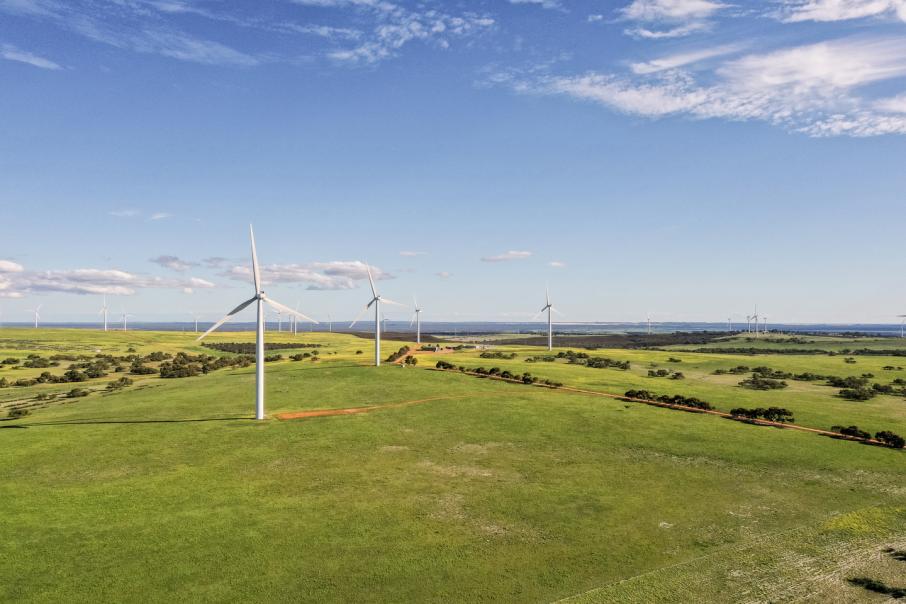 ASX-listed Tilt Renewables, which owns a wind and solar project in Western Australia, has been fined for contravening performance standards in South Australia.

The operators of a South Australian wind farm have been slugged $1 million for failing to properly comply with mandated performance standards in the lead-up to the statewide blackout in September 2016.

In a judgment on Tuesday, the Federal Court also ordered the operators of the Snowtown Wind Farm Stage 2 in the state's mid-north to engage a compliance expert to review its operations and provide a report on any gaps.

Justice Richard White found the wind farm had contravened the national electricity rules by operating for about three years with inadequate protection settings to cope with or "ride through" disruptions to the power network.

Those settings had not been approved by the Australian Energy Market Operator and were set to a lower threshold than was advised, meaning they would trip sooner in the event of a fluctuation.

Justice White said the wind farm's contravention of the rules was serious and its use of non-approved settings compromised AEMO's ability to provide secure power services.

"As the events of 28 September 2016 indicate, a compromise of the security of the power system can have extensive and serious consequences," he said.

In the immediate lead-up to the statewide blackout, severe storms damaged more than 20 towers in SA's mid-north, bringing down major transmission lines and causing a knock-on effect across the state's energy grid.

About 850,000 customers lost power, with some in the state's north and on the Eyre Peninsula left without electricity for several days.

A report from AEMO released about a month later found nine of 13 wind farms online at the time of the blackout switched off when the transmission lines came down.

It found the inability of the wind farms to ride through those disturbances was the result of safety settings that forced them to disconnect or reduce output.

The $1 million fine and the compliance review ordered by Justice White were in line with an agreed position between the parties, including the Australian Energy Regulator which had instigated the court action.

The AER has also launched proceedings against other wind farm operators in SA.

Tilt Renewables, which operated the Snowtown facility at the time of the blackout, said it was pleased with the outcome of proceedings.

The company, which sold the wind farm in December last year, said the fine would not impact on its earnings this year with the anticipated penalty included in the profit from the sale.

"As wind farms make up an increasing proportion of our generation mix, it is more important than ever that they comply with the National Electricity Rules," she said.

"This penalty outcome sends a strong message to all generators that the AER will take court action when necessary to enforce the National Electricity Rules."

In October 2015, Tilt Renewables, which was then Trustpower, acquired the Waddi Wind Farm project in WA.

Located to the north-west of Dandaragan, the 10,400 hectare project also encompasses the Waddi Solar Plant, collectively expected to generate 195 megawatts.