As a means of exerting pressure on countries that refuse to meet international standards of behaviour, sports bans have a proven track record. 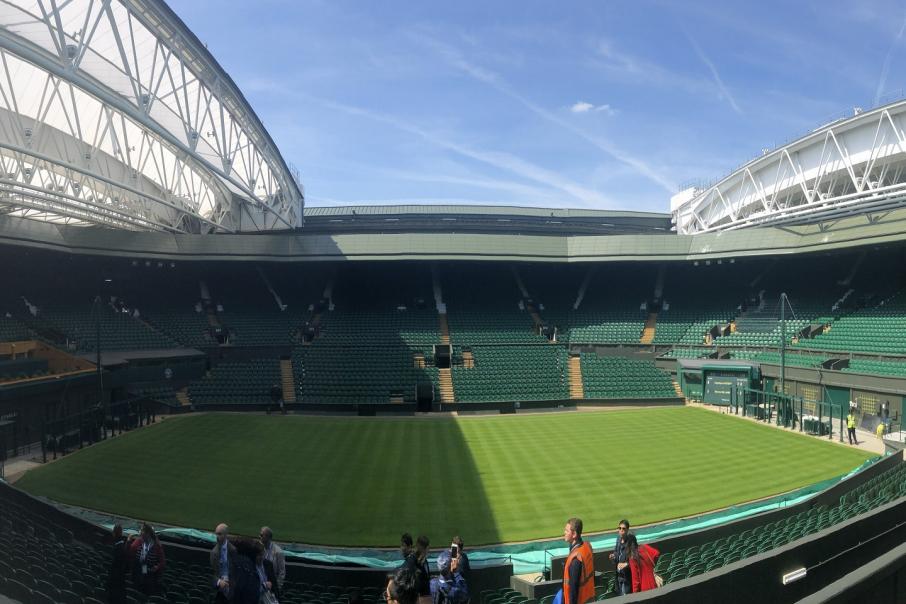 The debate over whether international sporting sanctions should be placed on Russia and Russian athletes has got much more heated in recent weeks.

Though Russia was already unable to compete as a nation at events like the Olympic Games (due to allegations of systemic doping) and at tennis tournaments such as the Davis Cup (because of the war), its athletes had been able to compete as individuals under a generic flag.

Now, organisers of the world’s most famous tennis tournament have taken an even harder line by banning Russian and Belarusian players from competing at Wimbledon.

To be honest, I have been surprised at the strength of support for those players, who include men’s world number two Daniil Medvedev and women’s world number four Aryna Sabalenka, who will be forced to sit out the prestigious event hosted by the All England Lawn Tennis Club (AELTC).

The decision has been made unilaterally by the club and has been criticised by both the men’s and women’s tour organisers, which allow players to compete under neutral flags at their own events.

But the Grand Slam tournaments are run autonomously.

Unsurprisingly, the decision has also been criticised by the ‘don’t mix sport and politics’ brigade.

Their arguments seem to focus on the fact that Russia’s aggression towards the Ukraine is not the fault of the players and, therefore, they should not be punished for it.

There is merit in that argument. Equally, however, it is not the fault of the good people of the Ukraine that Russia wants to wage war on their country, and they should not be punished (with attacks on their lives, rather than just on their ability to play in a tennis tournament).

Two wrongs do not make a right, but if banning a handful of players from one tennis tournament plays even an incremental role in ending the loss of human lives, should it not be done?

Some will argue it will have no effect at all because the Russian government will not conform to the wishes of a foreign tennis tournament organiser.

But that’s not the point, either.

Sports sanctions are designed to create tension within the ‘offending’ country.

It’s only when high-profile people, including sporting stars, become advocates for change that anything is achieved and a groundswell of support for those stars (from sports fans, for instance) could make the ruling regime’s position untenable.

It’s the same theory that leads foreign governments to apply trade sanctions: squeeze the population by restricting access to supplies and you may eventually force the people to turn on their own government.

One of the strangest criticisms has been about a perceived lack of consistency from the AELTC, which did not ban South African players from taking part during that country’s apartheid era, which started in 1949 and ended in the early 1990s.

I would have to agree that the two rulings are inconsistent.

But one must then ask the question: do we really expect organisations to make decisions consistent with those made 30 (or more) years ago, in what we now consider were less enlightened times?

Further, if we want to use the South African situation as an example, it shouldn’t be forgotten that sanctions on that nation are widely believed to have worked.

South Africa had been a successful sporting nation before apartheid, producing champion athletes and strong teams in sports like rugby and cricket.

Excluding South Africa from international competition in those team sports, both of which were popular with the white population, meant that South Africa’s return to international sport became a strong selling point for those advocating the end of apartheid.

Whether the end of sporting sanctions (or broader sanctions) is enough to get Russians to put pressure on their own government over the war in the Ukraine remains to be seen.

But there’s little to be lost, other than for those athletes who are unfortunately caught in the (thankfully, metaphorical) crossfire.