Willetton Senior High School has claimed the top prize at this year’s WA Architecture Awards, while Elizabeth Quay, an arts centre in the Pilbara and the Gen Y Demonstration Housing project were among those to receive high accolades. 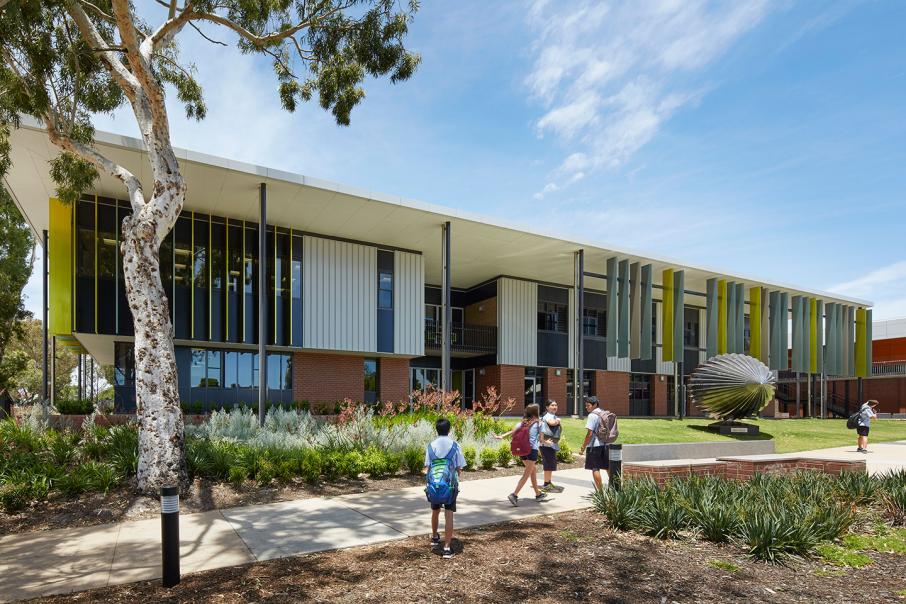 Willetton Senior High School has claimed the top prize at this year’s WA Architecture Awards, while Elizabeth Quay, an arts centre in the Pilbara and the Gen Y Demonstration Housing project were among those to receive high accolades.

At the ceremony, which was held at the Crown Ballroom on Friday night, the HASSELL-designed Willetton SHS was awarded the George Temple Poole award for its significant contribution to the advancement of educational architecture in Western Australia.

The school redevelopment was carried out in two stages of construction, the first of which was done by Cockram Construction and the second by PACT Construction.

“The Willetton Senior High School project embodies architecture at the service of its community with its ability to enrich the lives of the students, teachers and staff who use the buildings,” the jury said on the winning project.

“Its new facilities have been weaved into the existing 1970s campus, which has resulted in an exceptional architecture outcome within the confines of the state and budgetary constraints.”

The school was also the recipient of the Hillson Beasley award for educational architecture.

The centre has become a public window for artists of the East Pilbara to gather, create and exhibit their work.

In the sustainable category, the top award went to the Gen Y Demonstration Housing project by David Barr Architect.

In their determination, the jury highlighted the project’s ability to reinforce that site area or cost wasn’t a barrier for good design, sustainability or amenity.

In the urban design category, the Elizabeth Quay, designed by ARM Architecture with TCL, received the John Septimus Roe award.

The project was also given an architecture award in the commercial architecture category, while the top prize went to the Wembley Golf Course hospitality redevelopment, which was designed by Gresley Abas Architects.

“The 2017 WA Architecture Awards showcase the rich and unique outcomes that can come from clever design- no matter what the budget, site, or location of the project,” Australian Institute of Architects WA president Suzanne Hunt said.

“WA students and the next generation are so vital to our future, so we were thrilled to award Willetton Senior High School by HASSELL with the prestigious accolade, and thoroughly impressed with other entries in the category.”

The winners will progress to the Australian Institute of Architects National Awards later this year.