Wildflowers add a splash of colour on CBH grain silos

Three grain silos in town of Ravensthorpe will soon be the canvas for a 25-metre high wildflower mural, as part of the joint street art initiative between CBH Group and not-for-profit FORM. 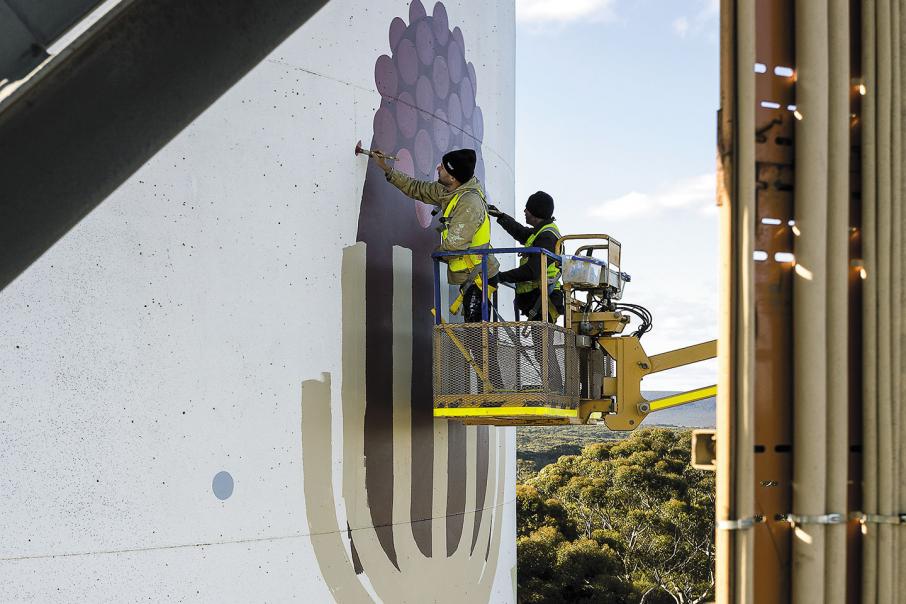 Three grain silos in town of Ravensthorpe will soon be the canvas for a 25-metre high wildflower mural, as part of the joint street art initiative between CBH Group and not-for-profit FORM.

CBH Group chief executive Andrew Crane said the recent installation followed the success of the PUBLIC Art in the Wheatbelt program launched in 2015 that transformed eight 38-metre silos in Northam into a series of murals.

“It was the largest installation of urban art in Western Australia,” Dr Crane said.

“The project had a positive impact on the profile of the region and has been showcased around the world on social and traditional media channels.”

The giant canvasses are part of CBH’s $1.5 million community investment program, which supports initiatives in rural and regional communities through sport, cultural events and services.

Fremantle-based artist Amok Island was chosen to lead the project, which is nearing completion, and he has created murals in over 20 countries.

“The artwork will focus on native wildlife and flowers to fit with the region’s connection to wildflowers,” she said.

“We are grateful to CBH, which also felt the Ravensthorpe silos could make a vibrant contribution to the local wildflower trail and I hope people visit the silos as they have in Northam.”