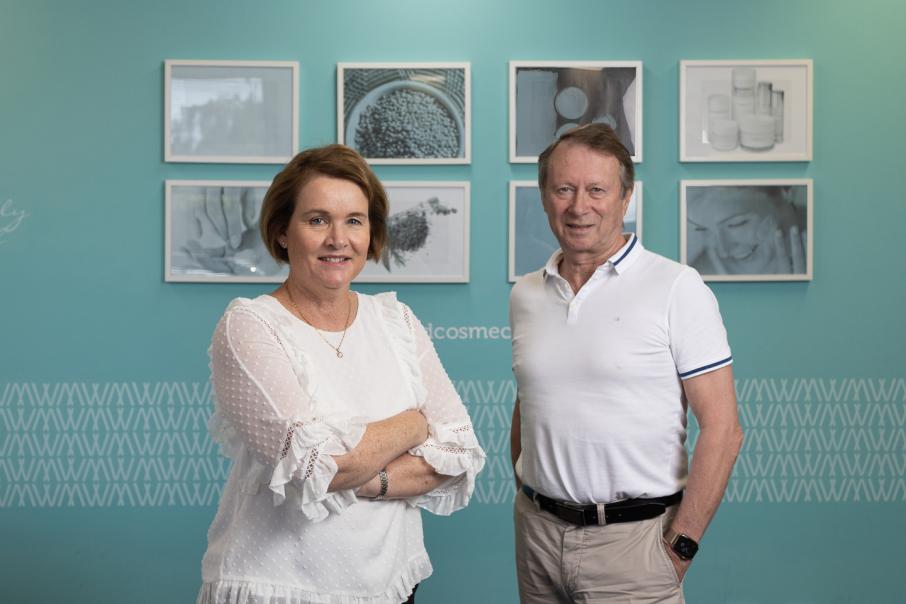 Perth businesswoman Leanne Preston has never been shy about taking on a challenge.

“I’ve never sat back and been afraid to take a chance,” she says. “That’s not who I am.”

Those traits served her well when she established Wild Child in 1997.

As a single mother in Margaret River, Ms Preston developed an all-natural head lice treatment, Quitnits, and took it to the world.

Wild Child was named Western Australia’s top exporter and Ms Preston the Telstra Australian Business Woman of the Year in 2007.

“It was an exciting period,” she recalls. “To present your product to the largest retailers in the world and have them take your product is quite an achievement.”

Ms Preston admits running a global business from WA was stressful, so for a mix of strategic and personal health reasons, she shifted focus.

She sold the US rights to Quitnits in 2010, while the rights to Australia and the rest of the world were sold to Melbourne-based EBOS Group in 2018.

In between those transactions, Wild Child laid the groundwork to become a vertically integrated pharmaceutical producer.

The company established its own manufacturing facility in Malaga in 2013.

Three years later, it was licensed by the Therapeutics Goods Administration to manufacture pharmaceuticals for third parties – one of only two facilities in WA to do so.

“The contract manufacturing is what we’re really excited about now, since we sold the brands,” Ms Preston told Business News.

“It was a strategic investment in our own destiny,” he said. “We could take control.”

The Malaga facility is approaching full capacity, with 40 staff working across two shifts per day producing a range of sunscreens, moisturisers and cosmetic products.

Its major clients encompass pharmaceutical companies in the US and Europe, which come to Wild Child because of its specialist expertise.

Mr Found, whose professional background is in pharmaceutical manufacturing, said Australia was acknowledged as a global leader in sunscreen development and production.

“We own the intellectual property for over 300 formulations, so you come to us and we can make a bespoke product for you,” she said.

“That is highly sought after because many companies don’t have in-house formulators.”

To support future growth, Wild Child is planning to invest $10 million in a larger facility, where it hopes to employ more than 100 people.

The latest breakthrough for the company was a state government contract to produce hand sanitiser for WA’s hospitals.

The facility will produce and deliver 200,000 bottles, enough to supply WA hospitals for up to 40 weeks.

Wild Child was well placed to secure this opportunity, as it was already developing its own branded hand sanitiser, along with other products such as an acne treatment.

It also had a track record of producing hospital-grade products for other clients.

Ms Preston hopes the new contract will open opportunities for other government tenders.

“This COVID virus has been a big wake-up call,” she said.

“Most of the hand sanitisers in WA come from overseas.

“We hope governments will now start supporting local manufacturers; we can produce it here and not rely on multinationals.

“We have a good quality product and we are competitive.”

Reflecting on her commercial success over nearly 25 years, Ms Preston said a big factor was getting advice from people with expertise in areas she didn’t have.

“I would align myself with people who had similar values and ethics but were very successful in what they were doing,” she said.

“I set up a board from the very beginning, from my home base in Margaret River.”

However, she has never given up control. “One of my first directors said: ‘Make sure you always retain a controlling interest’, which I still have to this day,” Ms Preston said.

“It was one of the best pieces of advice I’ve ever been given.”

With two children working in the business, Ms Preston is looking ahead.

“We’re looking at succession planning, so that this goes on long after we retire,” she said.