Why shares are set to rise

Having studied investment cycles over seven decades, Peter Kennedy has identified some extraordinary patterns, and they give him great confidence about the stockmarket outlook. 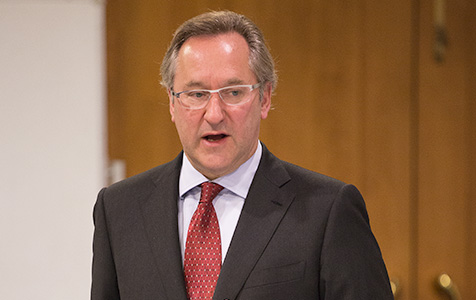 Having studied investment cycles over seven decades, Peter Kennedy has identified some extraordinary patterns, and they give him great confidence about the stock market outlook.

The founder of Kennedy Investments told investors in Perth this week about the annual and decade patterns he has discerned from studying returns from the 1930s to the present day.

December, for instance, is the best month to invest in Australian shares; the market has risen in 72 per cent of Decembers but in only 47 per cent of Junes.

More significantly, in the ninth year of every decade, the market has always risen.

But in the second year of every decade, it has risen just 29 per cent of the time.

If the pattern of the past seven decades is repeated in the current decade, the market will rise by about 160 per cent from its decade low to its decade high.

Mr Kennedy acknowledges some of his views are outside the mainstream but is unrepentant.

“You have to say what you believe, even if it’s controversial,” Mr Kennedy said.

His investment strategy is based on a belief the equity market is driven fundamentally by credit markets.

On that basis, the low current returns from government bonds and term deposits, and the contraction of credit spreads (which mean investors are effectively taking more risk to sustain returns) are seen as positives for equities.

Mr Kennedy believes another factor is the build-up in the household savings ratio, which he said is bound to reverse, injecting more money into the economy.

The Sydney-based investment manager has developed a strategy that uses leverage and options to lift returns.

“Over the course of a cycle, the two things that contribute most to returns are the use of leverage on the way up and being protected against the moves down.”

Mr Kennedy said many people get overconfident after the market has risen, and increase their leverage at the worst possible time.

His strategy is to increase leverage only after paying back investors’ initial contribution.

“When you get a choppy sideways market, that is not good for this sort of methodology, and that’s when you tend to underperform,” he said.