ANALYSIS: The WA economy is the envy of the nation yet the residential property market in Perth is the weakest in the country. There appear to be two key reasons. 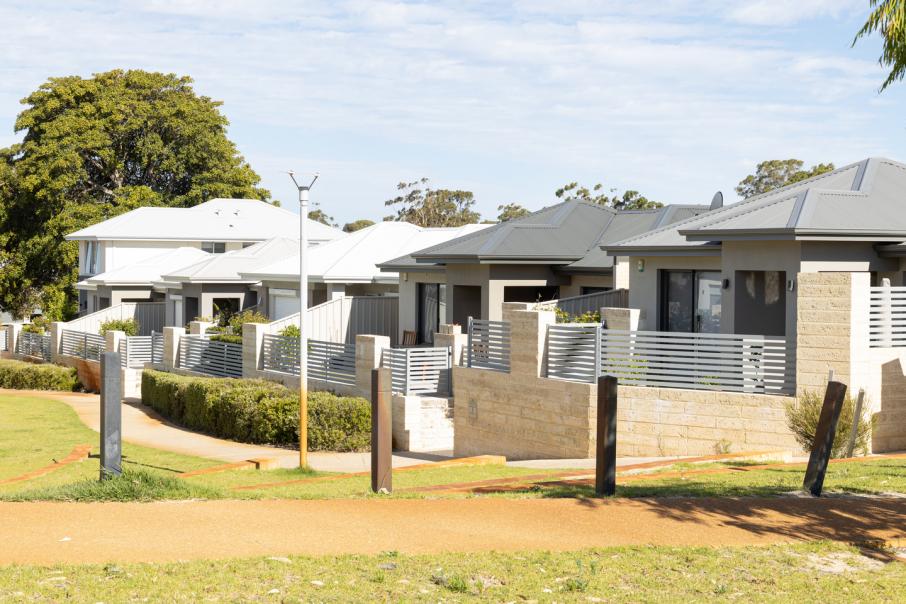 Perth house values have grown less than other cities.

ANALYSIS: The WA economy is the envy of the nation yet the residential property market in Perth is the weakest in the country. There appear to be two key reasons.

The latest data on residential property values has continued a pattern we have observed for the better part of a year.

Property values in Perth enjoyed solid growth of 1.1 per cent in the month of May, according to CoreLogic, yet every other state capital experienced much stronger growth.

The national average was 2.2 per cent, with Sydney and Hobart experiencing growth of 3 per cent or more.

The quarterly data was much the same. Perth grew by 3.8 per cent but was the weakest capital city, with property values across the country growing on average by 7 per cent.

The annual data revealed a smaller differential between Perth and other capital cities but the overall pattern did not change: Perth recorded growth of 8.5 per cent compared to national growth of 10.6 per cent.

This data is at odds with local media reports of Perth being in the midst of a frenzied property boom.

This coverage included a recent ‘Boom in the burbs’ front-page headline and reports of a 22 per cent jump in Cottesloe’s median house price.

But read the details and you realise this growth has been over seven years; that’s a very modest return of about 3 per cent a year.

The differential between Perth and other capitals begs the question of why.

Economic fundamentals in WA are very strong and arguably better than other states, with the mining sector underpinning jobs and investment.

Likewise, WA has done a good job keeping COVID-19 under control, with many expatriates moving back from overseas.

We have also seen hundreds of fly-in, fly-out workers move permanently to WA with their families, after being required to temporarily relocate last year.

All of this should build upon national factors, like low interest rates, to make the WA property market stronger than other capitals.

Clearly that is not the case.

The answer seems to lie with two factors: excess supply and loss of equity.

CoreLogic’s head of research, Eliza Owen, said a defining feature of Perth’s market was that the number of listings exceeded the volume of sales. In other words, supply exceeds demand.

“This is a case of sellers being more responsive across Perth amid stronger selling conditions,” Ms Owen told Business News.

CoreLogic data shows that in the three months to May, the average ratio of sales to new listings was 0.98.

For every other capital city (except Darwin), the ratio was sitting above 1.

Put another way, there is a supply deficit in other markets.

“While buyer demand across Perth is pretty strong, there may not be quite the same supply deficit as in other capitals,” Ms Owen said.

Its analysis also shows that excess supply has been a long-term issue in Perth.

This helps to explain the protracted weakness in Perth’s residential property market.

Over the same period, the ratio in other capitals averaged around 1.0 and in several cases rose to 1.2 or more.

CoreLogic has carved up its data to show the ‘supply problem’ in a different way.

It found that new listings in May 2021 reached 4,274, which was 7 per cent higher than the previous five-year average for this time of year.

REIWA data paints a very similar picture to CoreLogic but Mr Collins has a different interpretation.

He notes that the ratio of listings to house sales in Perth has improved over time and has been at or near 1 for almost 12 months.

In other words, supply and demand are coming closer to balance.

“It’s not that common to stay above one as that would mean you would eventually run out of houses for sale,” Mr Collins said.

Mr Collins believes the main reason prices in Perth have not grown as much as other cities is the damage to household balance sheets and confidence over the past six years.

“You’ve seen house prices drop 20 per cent over five years before this recovery,” he said.

“In reality, many house prices are not even back to 2007 levels.

“It will take a while for the household balance sheet to be restored and give people the confidence and financial capability to put down a bigger deposit on an upgraded home.”

Mr Collins said cities like Sydney and Hobart were up substantially over the past decade, so people have the wealth, or equity in their homes, to spend more to trade up to bigger homes.

If you can service the loan, you could easily (from an equity point of view) upgrade to a $1.5 million home.

Mr Collins believes there is a positive in all this, with the recovery in Perth likely to be more sustainable than in many other cities.

REIWA has forecast 15 per cent growth for the year.

“In summary, to me it means we will be slower in recovery but it will be more sustainable and longer, given how affordable we are and how the recovery will feed on itself as people’s equity grows,” Mr Collins concluded.

Ms Owen backs up this conclusion, saying there was greater inherent volatility in larger capital city markets like Sydney and Melbourne.

“During upswings, growth rates may look higher, but on the way down these cities also see deeper declines,” she said.

“It’s worth noting that a 1.1 per cent monthly gain is fairly strong for the Perth market, where previous periods of upswing for the past two decades have seen average monthly gains of 0.9 per cent.”