Why business should invest for longterm value creation 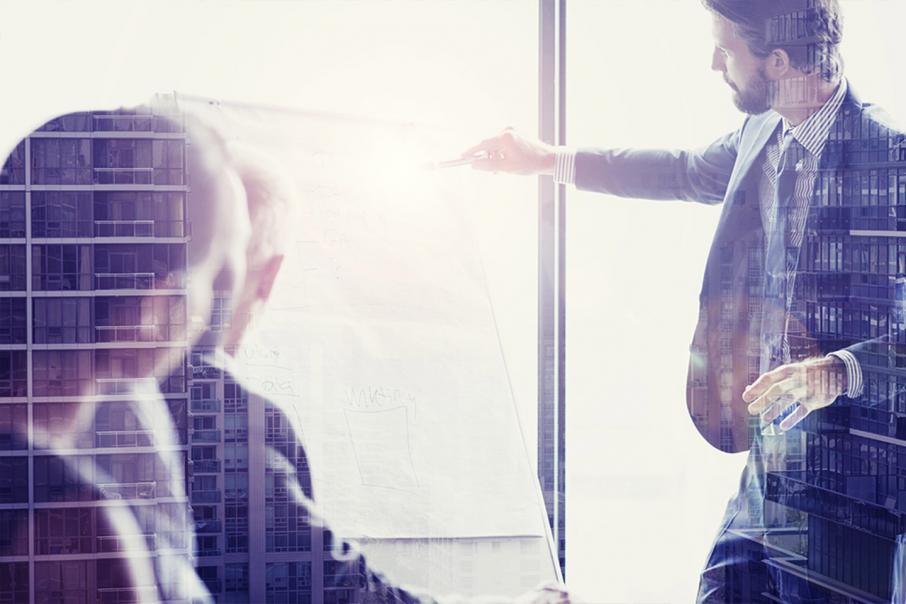 Vanguard principal Glenn Booraem says directors should have a greater focus on stakeholders and avoid becoming an extension of management.

When Glenn Booraem talks about what he expects from company directors, it’s worth paying attention. As investment stewardship officer and principal at US investment fund Vanguard, he is responsible for driving better governance and sustainability in its $7.6 trillion in global investments. “We want to see more directors and boards actively serving as the independent representatives of the shareholders — not as an extension of management,” he says. “It’s a very important distinction.”

His comments come as companies and directors globally reconsider the role of the corporation, whether it is only to generate profit for shareholders as economist Milton Friedman famously argued in 1970, or whether corporations also have a responsibility to consider in the interests of workers, society and the environment.

While Booraem’s comments might appear to favour Friedman’s outlook, his views on the importance of all stakeholders’ interests are strikingly similar to those expressed in the final report of the banking Royal Commission.

“Over the long term, all of their interests converge in a way that ultimately maximises sustainable value creation, which is what we’re looking for — the 30 million clients who have entrusted their assets to Vanguard or [are] saving for retirement, education or housing,” he says.

Vanguard is a passive index fund — that is, its investments mirror the competition of share indices around the world. As such, it is not buying and selling stocks like an active manager does, but is instead what Booraem describes as “practically permanent owners” of these companies. This is what drives Vanguard’s interest in governance and focus on engagement with companies.

“We don’t have exit as an option, so it’s important for us, given the core belief that better-governed companies will create more value over the long term, to move governance in the right direction on a company by company, region by region basis,” said Booraem during a recent visit to Australia to meet with local companies the fund invests in.

While divestment might send a message to a company about its strategy or sustainability, Booraem questions how effective it is in driving change beyond the one-off message. “In our case, as a permanent owner, we have a permanent voice at the table,” he says. “We have a vote at every shareholder meeting. We have the opportunity, if the board is so accessible, to engage in between shareholder meetings, and we’re not going anywhere.”

Booraem’s career mirrors the rising general interest among investors in sustainability and governance. In 2001, he was working in the funds accounting division of Vanguard when he was handed the additional responsibility of overseeing the firm’s proxy voting. The process focused mainly on the election of directors and approval of auditors, and was largely administrative. “Companies weren’t yet in engagement mode,” he says.

Four years ago, stewardship became his sole role. The focus has shifted from proxy voting to include direct engagement with portfolio companies and advocacy more broadly. Engagement, in particular, is a focus. In 2018, the fund met with nearly 900 companies, representing almost 60 per cent of its holdings by value — those with the most potential to affect the long-term value of its investments. During the past three years, it has met with 1500 companies, representing about 80 per cent of its holdings.

The fund has “a level of patience”, but Booraem says that patience is not infinite. This is why, along with its engagement efforts, Vanguard also likes having the option of using shareholder voting rights to intervene.

In the US, Vanguard votes for more than 90 per cent of management proposals, with the results much the same globally. The high level of votes reflects the fact that “things are moving in the right direction”, but also that the results only cover issues shareholders can vote on, whereas engagement covers a much wider range of issues.

Climate disclosure is a case in point. Vanguard had the opportunity to vote on shareholder proposals at 50 companies on climate risk disclosure, but it actually engaged on the topic with more than 200 in each of the past two years. “We’re not constrained by what happens to be on the ballot to what we engage on or where we seek to evolve board behaviour,” he says.

Engagement allows Vanguard to “dive into the weeds” of an issue. It’s a more nuanced discussion compared to voting, because once an issue lands on a ballot paper, it becomes a binary choice for shareholders. The company tries not to bounce from issue to issue, year to year.

The three issues outlined in then CEO John “Jack” Brennan’s first letter to portfolio companies in 2004 remain three of the four principles of governance the fund pursues today — board composition, strategy and risk oversight, executive compensation and governance structures.

Booraem describes board composition as “first among equals”. “The board is generally a self-perpetuating organism, absent intervention by an activist,” he says. “If the board gets itself right in terms of composition and capability, the likelihood that other things — remuneration, shareholder rights, risk and strategy — fall into place is far more likely. It’s certainly not a guarantee, but if we get the board composition right up front, that’s important.” A particular focus is diversity of gender, age, race, ethnicity and national origin to better equip the board with a set of different perspectives and capabilities that inform its decision-making and oversight of management.

“At the end of the day, the composition of the board is an enabler of the strategy that board and management have developed over time,” says Booraem. “Ultimately, it is creation of value for shareholders and other stakeholders.”

Board refreshment is not just about getting rid of underperforming directors. It is also important that a board changes and renews to align with the company’s long-term strategy, particularly as the company and its industry go through disruption. Booraem says boardroom tables are becoming incrementally less clubby and more explicitly independent, which is “fundamental and foundational to the real value the board creates”. He would like to see more companies adopt the annual election of directors, because this provides a mechanism to hold the board accountable “at the right time” rather than having to wait. His recent discussions with Australian boards and management teams have covered mostly the same issues he has spoken about in other parts of the world.

“We want to see more directors and boards actively serving as the independent representatives of the shareholders — not as an extension of management.” Glenn Booraem

In terms of climate change, Vanguard isn’t so much interested in what happens this year or next, but during the next decade. “As we’re talking to boards in Australia and elsewhere, we’re looking for the board’s awareness of participation in and oversight of the company’s strategy — and then also the risks it either faces or creates in the market,” says Booraem. “Through those discussions, we are seeing a rising level of connection, familiarity with the underlying issues, and explicit action on managing those risks. That’s definitely a directional area of improvement across the market; one we’re absolutely seeing in Australia.”

Vanguard also wants a more explicit link between remuneration and long-term value. Booraem is concerned about the trend to consolidate short- and long-term plans into a single amalgamated plan. He wants to see the drivers of long-term value — the way companies treat their employees, the way they treat their customers and the products they offer, the impact they have on the environment in which they operate — integrated into performance plans.

“[With] long-term orientation, an example is making sure there is awareness in the boardroom of things such as culture: how employees are treated and developed. There is a growing focus on human capital management as one of the longer-term drivers of shareholder value.”

Booream adds it’s not up to the board to set the culture, but it does need to understand and evaluate it to ensure it aligns with the organisation’s long-term strategy. He concedes culture is “difficult to observe in real life”.

More boards are spending time with the workforce to get a real sense — independent of management —for how culture translates into day-to-day behaviour within the organisation. An important part of a board’s role is to inform itself beyond the diet of information it receives from management.