Who will champion WA in Canberra?

OPINION: Outlying states need their MPs to step up, but ministerial experience on both sides is a bit thin this time around. 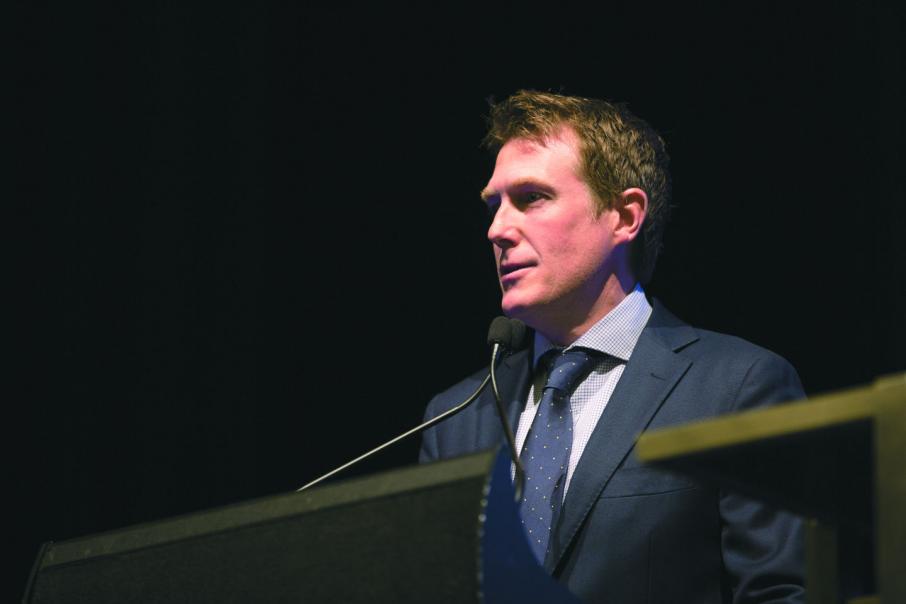 Attorney General Christian Porter is fighting for his political life in the seat of Pearce. Photo: Attila Csaszar

Outlying states need their MPs to step up, but ministerial experience on both sides is a bit thin this time around.

Regardless of which side emerges victorious at the federal election, a burning question remains: who will  promote Western Australia most effectively in Canberra over the next three years?

Julie Bishop’s departure as the MP for Curtin is especially significant because of her seniority as deputy leader of the Liberal Party and minister of foreign affairs.

The retiring Michael Keenan (Stirling) also had long ministerial experience, including in justice and human services.

Mathias Cormann is the Liberal Senate leader, which gives him some clout.

But there appears to be precious little experience coming up behind him, which makes the contest in the marginal seat of Pearce, in which Attorney General Christian Porter is fighting for his political life, even more significant.

On the other side, how many WA Labor members would Bill Shorten, as the prime minister, have on his front bench of about 30 members?

The member for Brand, Madeleine King, is WA's only current representative, as shadow minister for consumer affairs.

For reasons of geography and numbers, outlying states need a champion in Canberra to ensure they get an equitable share of the spoils dished out by the government.

South Australia has had two unashamed champions over the past 35 years – Labor's Mick Young in the Hawke government, and the retiring Liberal Christopher Pyne.

They lobbied successfully for naval projects worth billions of dollars for their state.

WA's most obvious promoter has been the governor, Kim Beazley.

As defence minister he oversaw the Hawke government's expansion of HMAS Stirling, which has been accompanied by the development of a very successful defence oriented ship building and maintenance operation.

Before the development, south of Fremantle, about the only defence contract issued to WA companies had been for cups and plates for the services made by Brisbane and Wunderlich.

So who will step up for WA?

Mr Shorten has said at least one WA member will be on his front bench. One out of 30 is hardly satisfactory for a state which generates the bulk of the nation's exports and occupies a third of the its land mass.

Senator Pat Dodson has been touted as suited to take on the Aboriginal affairs portfolio.

But who else? Ms King should retain her position and be joined by at least one other colleague – the member for Burt, Matt Keogh perhaps, or Perth MP Patrick Gorman.

The Liberal ranks, after Senator Cormann and Mr Porter, are also thin.

Senator Linda Reynolds has been suggested for a key defence role, but Durack MP Melissa Price, has been invisible in the sensitive environment ministry, with Senator Michaelia Cash slightly more active in her industrial relations role.

Would WA’s next champion in Canberra, regardless of party affiliation, please come forward.

Lose one to win one?

It was the night of the 2013 state election, and as the votes were being counted and posted on the WA Electoral Commission's website, Labor Party leader Mark McGowan realised it was the time to make the obligatory phone call.

“I called the premier, Colin Barnett, to congratulate him on his convincing victory, leading his government to a second term,” he said.

“Colin was appreciative and said something along the lines that ‘as I have learned, you have to lose one to win one’,” Mr McGowan said.

“It stuck in my mind and made me even more determined to lead Labor to power at the next opportunity, in 2017.

Having to lose one to win one has become a feature of WA elections.

Labor's Geoff Gallop lost to Liberal Richard Court in 1996, then turned the tables in 2001. And, after losing to Dr Gallop in 2005, Mr Barnett defeated Labor's Alan Carpenter in the 2008 early election, and won again in 2013 against Mr McGowan.

There has been a similar pattern in recent federal polls, with Tony Abbott leading the coalition to victory in 2013 after losing to Labor's Julia Gillard in 2010.

Labor's Bill Shorten, who narrowly lost to Malcolm Turnbull in 2016, will be hoping the trend persists when he goes head to head with the Prime Minister Scott Morrison on May 18.