Who comes after Sarich and Fini?

In 40 years’ time, when people look back at the recent crop of winners of the Western Australian of the Year business awards, how will they be remembered relative to the early winners like Ralph Sarich, Sir Laurence Brodie-Hall and Michael Edgley? 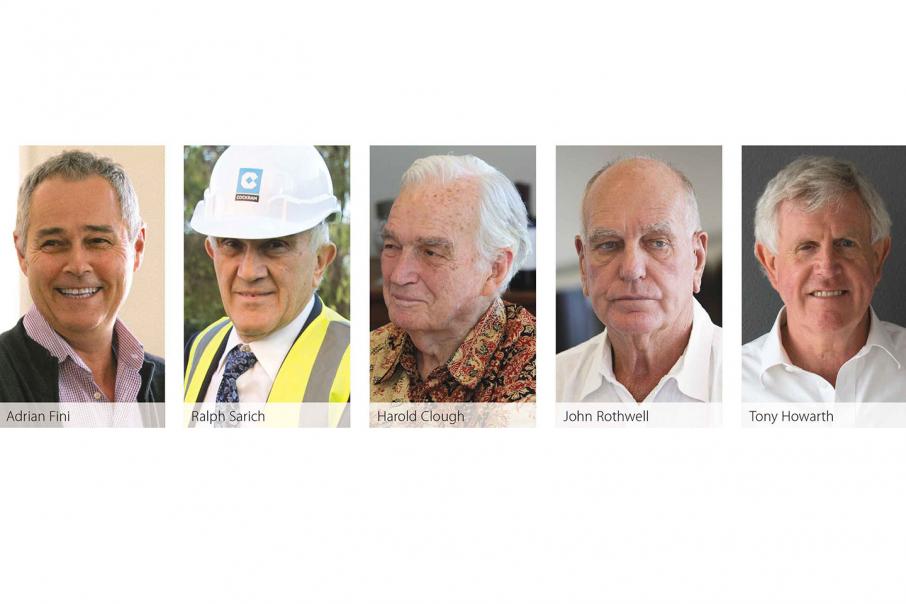 In 40 years’ time, when people look back at the recent crop of winners of the Western Australian of the Year business awards, how will they be remembered relative to the early winners like Ralph Sarich, Sir Laurence Brodie-Hall and Michael Edgley?

Those three men were the first winners of what used to be called the industry and commerce award in the WA Citizen of the Year awards.

The award is a permanent reminder of their achievements, which can be forgotten with the passing of time.

Recent winners of the Western Australian of the Year business award, such as property developer and arts philanthropist Adrian Fini (2016), tourism boss Peter Prendiville (2015), and former Atlas Iron boss David Flanagan (2014) might wonder how well their names will be known in another 40 years.

For young readers or those with a fading memory, Ralph Sarich won the inaugural industry and commerce award in 1973 after shooting to fame as the inventor of the orbital engine.

Orbital Corporation went on to be valued at $1 billion at its peak in the early 1990s, when there was hope its technology would be adopted globally.

Sir Laurence Brodie-Hall won the 1974 award when he was executive director of Western Mining Corporation.

At the time, WMC was the powerhouse of the state’s mining industry with interests across gold, bauxite, alumina and nickel.

It was subsequently taken over by BHP Billiton in 2005.

Theatre promoter Michael Edgley won the following year’s award, after the opening in December 1974 of the Channel 7 Edgley Entertainment Centre.

Renamed soon after as the Perth Entertainment Centre, it was the city’s main concert venue for nearly 30 years and hosted many events promoted by Mr Edgley, including Russian ballet and circus acts.

Other notable winners of the industry and commerce award have included the late Sir James Cruthers, in 1980.

Sir James established Channel 7 as Perth’s first commercial television station in 1958 and stayed for 22 years, before moving to New York to work for Rupert Murdoch.

Harold Clough won the award in 1983, when he was leading the Perth-based engineering company that bears his family’s name into new sectors such as oil and gas and pursuing international growth.

Trevor Eastwood won the award in 1990, when he was approaching the end of his eight-year stint running Wesfarmers.

At that time it was his name, and not those of his successors Michael Chaney or Richard Goyder, that was synonymous with the success of the Perth-based conglomerate.

Warwick Kent won the award in 1995, when he had just overseen the renaming of the R&I Bank and the privatisation of Bankwest.

The award organisers, led by Celebrate WA chair and EY’s WA managing partner Michael Anghie, are on the lookout for nominees for the 2017 awards.

“To ensure we continue to recognise those who have made an outstanding contribution to our state, I ask all Western Australians to consider who inspires and motivates those around them, and lodge a nomination today,” Mr Anghie said.

There are seven categories in the awards, and anyone can make a nomination by going to www.waday.com.