When a valued employee goes bad 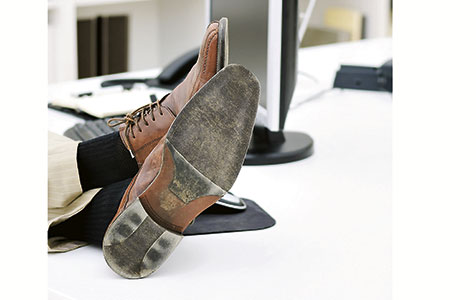 HAVE you ever had an employee who one day just checks out? Their motivation drops off, they start disrupting the team and their productivity falls to an all-time low.

They may have been a long-term employee whose contribution was really valued … in the past. But now, for reasons best only known to them, they’re contributing only a fraction of their potential output.

A drop in performance like this is not uncommon in the workplace. Research shows that only 20 per cent of employees are ‘engaged’ in the work they do, while 60 per cent are ‘disengaged’ and a further 20 per cent are ‘actively disengaged’. Some employees quit and walk away, while others quit but stay, wreaking havoc on morale and costing plenty in lost productivity.

Such disengagement can have many factors and causes, but in the story I want to share with you, the drop in performance started as a result of being passed over for promotion.

This individual, let’s call him Andrew, was a team leader who had a bad habit of losing patience with members of his team. His low level of tolerance caused him to be short and blunt with team members, who perceived it as bullying.  They complained to management and he was counselled about his ‘bullying’ in his annual performance review.  And because of his behaviour, he was passed over for promotion.

Andrew was indignant about being treated this way. He believed he was entitled to promotion. He had been with the company for 17 years and had ‘earned’ an increase in salary simply because he’d served his time.

But this year it was not to be.

Andrew felt betrayed and refused to accept that his own behaviour was the root cause of his being overlooked. He began deliberately pulling back. His relationships with clients began to falter, his team members began avoiding him and he was missing deadlines on a regular basis.

His manager was running out of patience and was seriously considering termination. Andrew was starting to cost the company money and its reputation.

Andrew’s manager could easily be forgiven for giving up on him and showing him the door. However, 17 years of service is no short investment and the manager was prepared to give Andrew one last opportunity.

After a very frank conversation with the manager and the company’s CEO, Andrew was introduced to an outside third party to discover and work with the root cause of his attitude and behaviour issues.

An important part of the process was for Andrew to acknowledge the habits that were no longer serving him, so he could be assisted in creating new habits that would support him in being successful.

In less than three months, and for an investment considerably less than the cost of releasing him, the changes in Andrew’s behaviour were such that his manager was no longer considering terminating his employment. In fact, it’s likely he will be put up for promotion in this year’s round of performance reviews – a complete turnaround, where everyone is a winner.

When a valued employee goes bad, a small investment in your human capital can save you thousands in the long term.

• Dawn Russell is the Western Australian licensee for Intercept, which helps organisations develop an inspired and engaged workforce to deliver better performance outcomes.